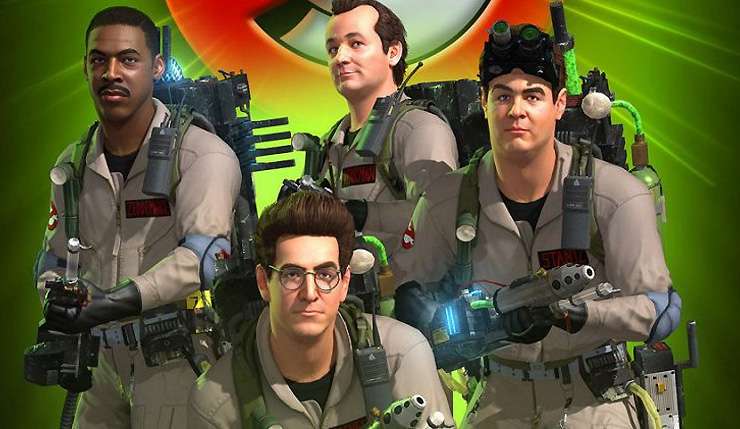 Earlier this month, various Asian ratings boards seemingly revealed that 2009’s Ghostbusters: The Video Game would be getting a remaster this year. This was something to be excited about, as many fans essentially consider the game an unofficial Ghostbusters 3, seeing as it features a story partially written by Dan Aykroyd and Harold Ramis and the voices of entire original cast, including Aykroyd, Ramis, Ernie Hudson, and Bill Murray. Well, good news ‘Busters – developer Saber Interactive have announced they are indeed bringing the fan favorite game back. Check out a new trailer, below.

Ghostbusters: The Video Game Remastered delivers a unique story from Dan Aykroyd and Harold Ramis that captures the supernatural comedic fun and fright fans love from the franchise. As the new rookie on the Ghostbusters crew, you’ll team up with your favorite characters from the films, reunited by the voices of Aykroyd, Ramis, Bill Murray and Ernie Hudson as Stantz, Spengler, Venkman and Zeddemore, alongside Annie Potts, Brian Doyle-Murray, William Atherton and Max von Sydow. Manhattan is overrun once more by ghosts, demons and other paranormal creatures unleashed by a mysterious force, and only the Ghostbusters can drive this evil back to whatever dimension it crawled from and save the Big Apple.

Hunt, fight and trap a variety of new and familiar ghouls and phantasms, all remastered in HD resolution. Ghostbusters: The Video Game Remastered equips you with cool gadgets and upgradeable weapons to play with in huge boss fights and destructible environments. Scan and analyze targets with the P.K.E. Meter and Paragoggles, then strap on your Proton Pack to wear ghosts down with the blast stream before wrangling them with the capture stream.

Personally, I wouldn’t mind a full remake of the game, as it could benefit from some tweaks and more modern graphics/cutscenes, but still, this is a nice gesture for Ghostbusters’ 35th anniversary. A new movie might be coming sometime next year, but for now fans can content themselves with this comfy return of the original cast and characters.

Ghostbusters: The Video Game Remastered floats onto PC, Xbox One, PS4, and Nintendo Switch sometime later this year. As expected, the PC version will be Epic Games Store exclusive.