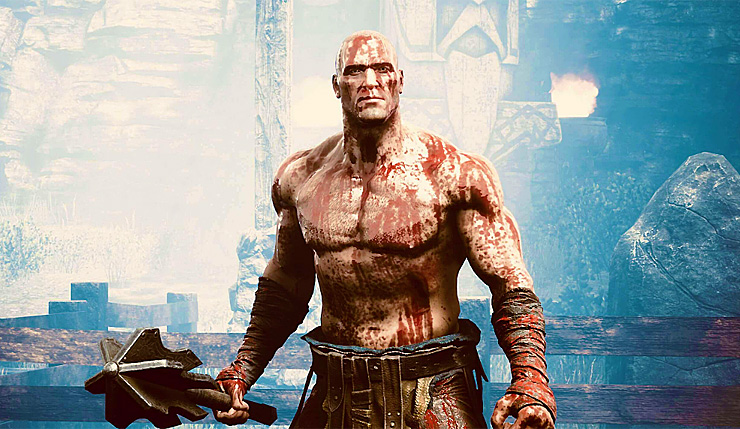 The oft-renamed Rune II (it was originally Rune: Ragnarok, then just Rune, before getting its current title) arrives later this month. Honestly, the game is still looking a big rough, but hey, at least you’ll be able to enjoy the jankiness with a group of friends as the game supports up to 4-player co-op. Developer Human Head Studios has released a new trailer featuring various streamer and influencer types indulging in the co-op action, which you can check out below.

I got a chance to play Rune II at E3 2018 and wasn’t terribly impressed, but, of course, I was playing on very early, buggy code. Human Head have said their Epic Games Store exclusivity deal has given them the resources to polish the game, so hopefully it’s improved significantly in the past year-plus. Haven’t been keeping up with Rune II? You can learn more by reading Wccftech’s rather extensive interview with the game’s creators. Meanwhile, here’s the game’s official description:

As Midgard’s chosen savior, kneel atop the Divine Summit to receive a blessing and powerful abilities from the god of your choosing in the endeavor to end Ragnarok. It’s a race against time to prevent the conniving Loki from destroying Midgard as he holds the world in a perpetual state of chaos and destruction. Alone or with friends, you will battle legions of Loki’s minions in brutal melee combat, travel the world collecting rare resources, locate precious artifacts to weaken the Realm Gate and craft the mightiest weapons the Nine Realms have ever seen. Are you powerful enough to take down Loki... or will a new age of darkness spread across the land?

Rune II sails onto PC (via the Epic Games Store) on November 12. What do you think? Anybody interested in hacking off some limbs with your Viking buddies?