Apple's upcoming iPhone 12 series is expected to come with a radical design shift. We are expecting four new iPhone models this year but it seems the company is looking to ship the devices without accessories which include the earphones and charger. Yes, we're still hoping that it's not true but according to Taiwanese research firm TrendForce, the iPhone 12 might indeed come without a charger and earphones in the box.

TrendForce: iPhone 12 Will Not Ship With Charger and Earphones in the Box

The latest news from TrendForce corroborates on the past widespread rumors that Apple will not ship the iPhone 12 series with Earphones and a charger to power the device. The research firm suggests that the iPhone 12 will be more expensive for Apple to manufacture due to 5G support so it will remove the accessories from the box in order to reduce cost. 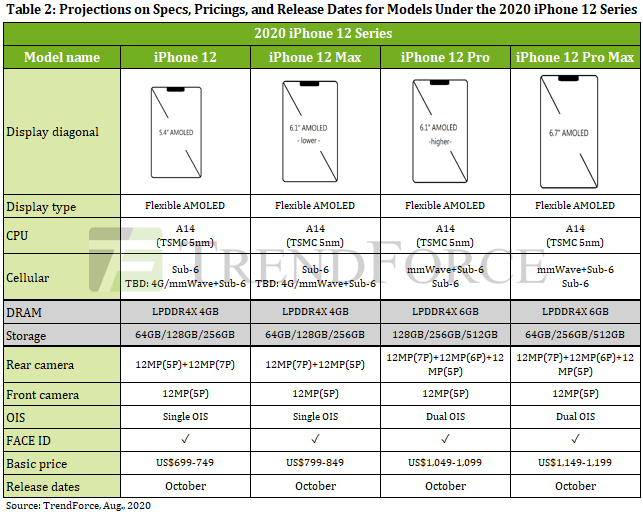 If the iPhone 12 will ship without accessories, we will hear Apple tout the environmental benefits. Moreover, the packaging of the device will be much thinner than it currently is. Since Apple is not including Earphones in the packaging, the move will ultimately boost AirPods sales as well. Take note that the company will still include a Lightning to USB-C cable in the box as per past reports.

The iPhone 12 Pro is also expected to ship a month or two after the initial announcement, stretching to late October and early November. The delay is due to the 5G modems as we have previously reported. The final word, though, rests with the company and we will find it out in the coming weeks. What do you think?