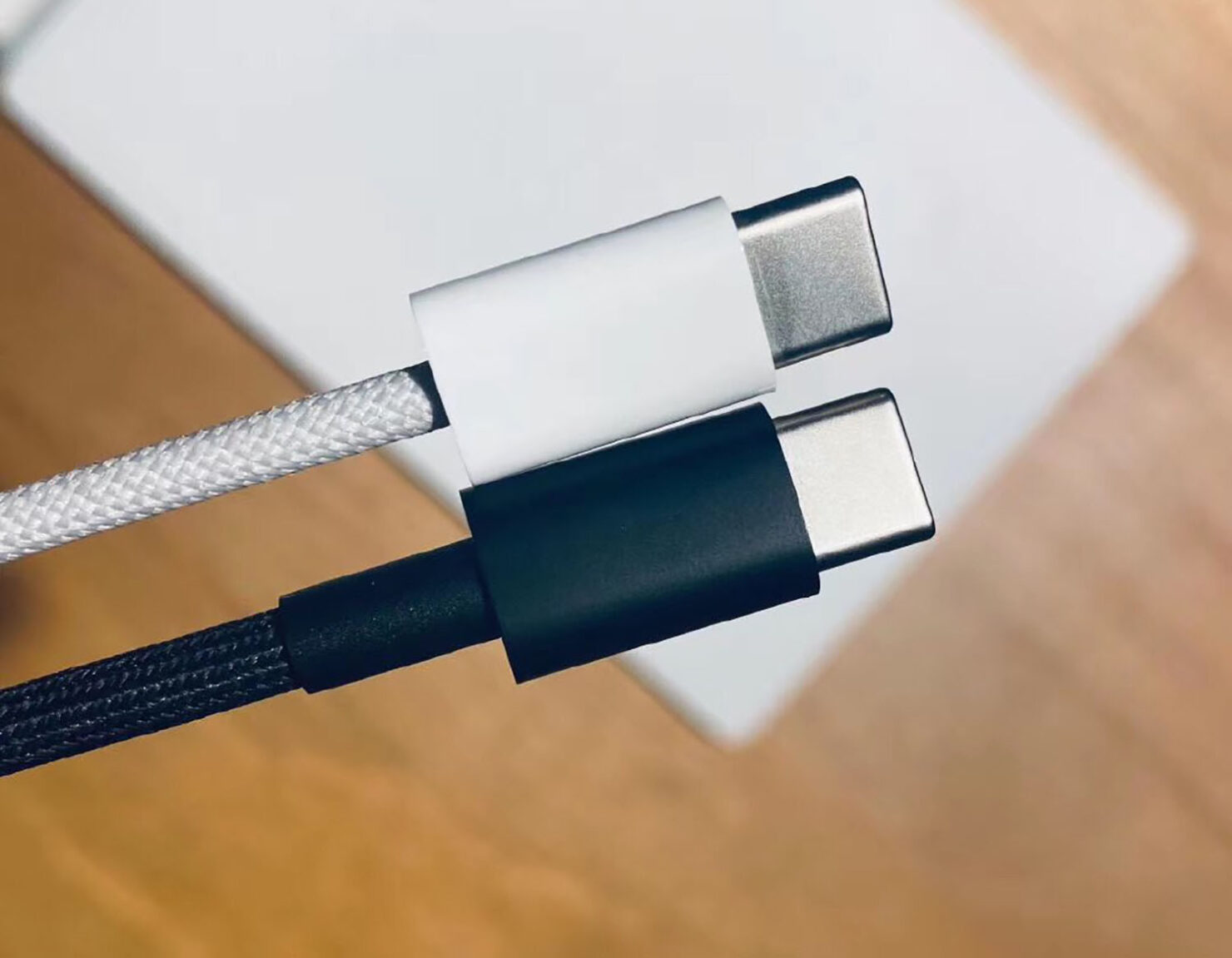 It was rumored that instead of bundling wired EarPods and a charger, Apple would provide a braided USB-C to Lightning cable with each iPhone 12 model sold. Now a tipster who calls himself L0vetodream has shown images of the accessory rumored to be bundled with the new handsets. In addition, he’s also shown images of a black braided cable.

Though L0vetodream didn’t mention this in his initial tweet where he showed an entire gallery of both the white and black braided cables, he later publishes a second tweet, clarifying that the black-colored accessory isn’t meant for the upcoming iPhone 12 family, but is from the iMac Pro. Earlier, alleged renders of the iPhone 12’s inner box leaked online, showing a heavily slimmed down packaging.

From what we could tell, there was no space to accommodate a charger or wired EarPods, but there was an area where it looked like Apple could provide a charging cable if it was neatly tucked and rolled. Since the first-generation iPhone and iPad launched, Apple has never bundled a braided charging cable. In fact, there have been complaints that Apple’s included charging cable offers very little durability compared to what certified third-party manufacturers provide and that too at a cheaper price.

The braided USB-C to Lightning cable could change that trend once and for all, though if you still want the wired EarPods or charger, you’ll have to purchase them separately. However, chances are you won’t have to spend the extra cash, most likely because you’ll be using your existing charger to top up the iPhone 12’s battery, assuming you’re ready to upgrade to it. As for the wired EarPods, Bluetooth earphones aren’t that expensive either and provide seamless enough pairing with the iPhone, though AirPods are a much better option.

Would you appreciate it if Apple ends up bundling the braided USB-C to Lightning cable with the iPhone 12’s packaging? Tell us down in the comments.