Let's take a trip down the journey to Turing. In 2016, NVIDIA announced their Pascal GPUs which would soon be featured in their top to bottom GeForce 10 series lineup. After the launch of Maxwell, NVIDIA gained a lot of experience in the efficiency department which they put a focus on since their Kepler GPUs.

Now, with an enhanced FinFET process available, NVIDIA is taking the efficiency lead beyond where it was previously possible, which is completely unrivaled by the competition. With Volta, NVIDIA focused on the AI and HPC market, but most of the features that Volta supported aren’t necessarily needed in the gaming department. Take for instance the double precision floating point execution units. With Pascal, NVIDIA diversified their consumer and HPC GPUs and this time, they are going with a more aggressive approach, completely classifying the consumer GPU in a category of its own. This is where Turing comes in, a GPU designed solely for the consumer segment.

Starting with the most significant part of the Turing GPU architecture, the Turing SM, we are seeing an entirely new graphics core. The Turing SM is made up of a combination of INT32, FP32, and the new Tensor cores. 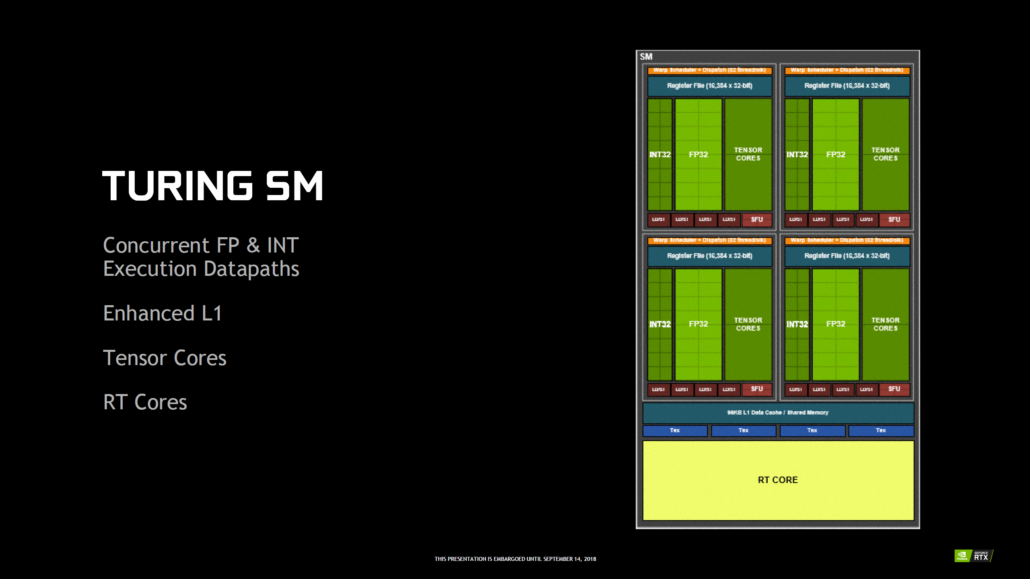 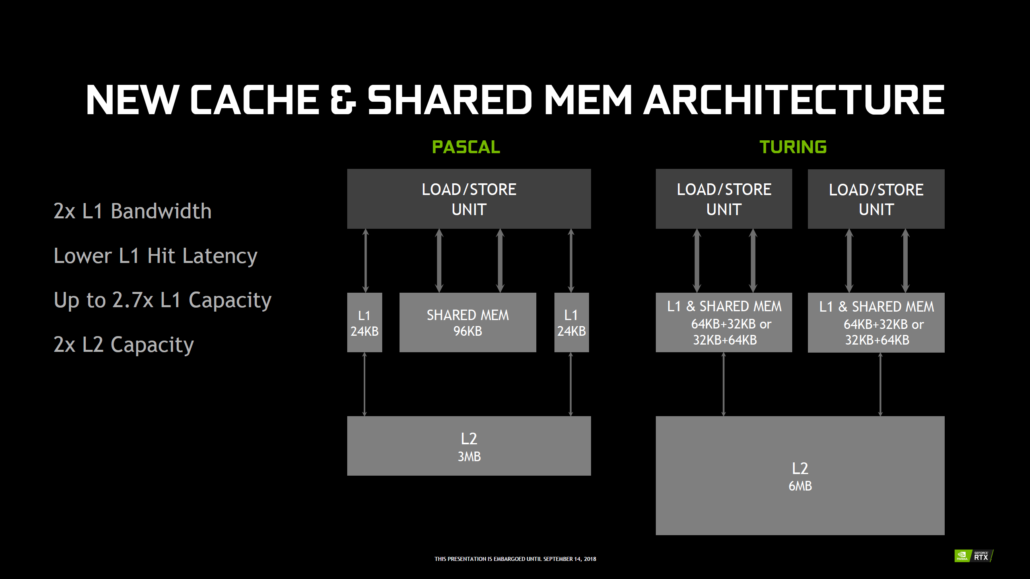 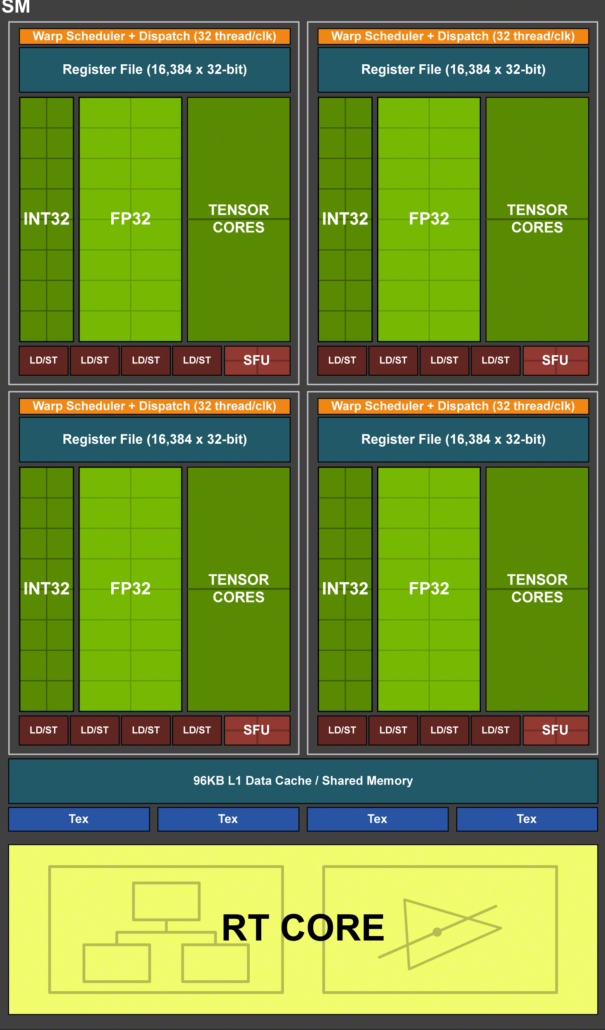 The entire SM works in harmony by using different blocks to deliver high performance and better texture caching, enabling for up to 50% better CUDA core performance when compared to the previous generation.

Many of these Turing SMs combine to form the Turing GPU. Each TPC inside the Turing GPU houses 2 Turing SMs which are linked to the raster engine. There are a total of 6 TPCs or 12 Turing SM that are arranged inside the GPC or Graphics Processing Cluster. The top configured TU102 GPU comes with 6 GPCs that are connected to 6 MB of L2 cache, ROPs, TMUs, memory controllers and NVLINK HighSpeed I/O hub. All of this combines to form the massive Turing GPU. Following are some perf figures for the top Turing graphics cards.

It should be pointed out that these are just per core performance gains at the same clock speeds without adding the benefits of other technologies that Turing comes with. That would further increase the performance in a wide variety of gaming applications, since we have already seen the gaming performance of a GeForce RTX 2080 to be 50% faster than the GTX 1080 on average and twice as fast with the new DLSS technology.