Turing is a very powerful core of its generation and there's nothing like it. High-performance GPUs of this caliber require to be fed by lots of bandwidth. NVIDIA's Volta GPUs are fed by the fastest memory standard in the industry aka HBM2 but while they make sense from an HPC standpoint, they are nowhere near the price to be featured on consumer level products. And GDDR5 has already exceeded its maximum potential with G5X. So this is where GDDR6 enters the industry. 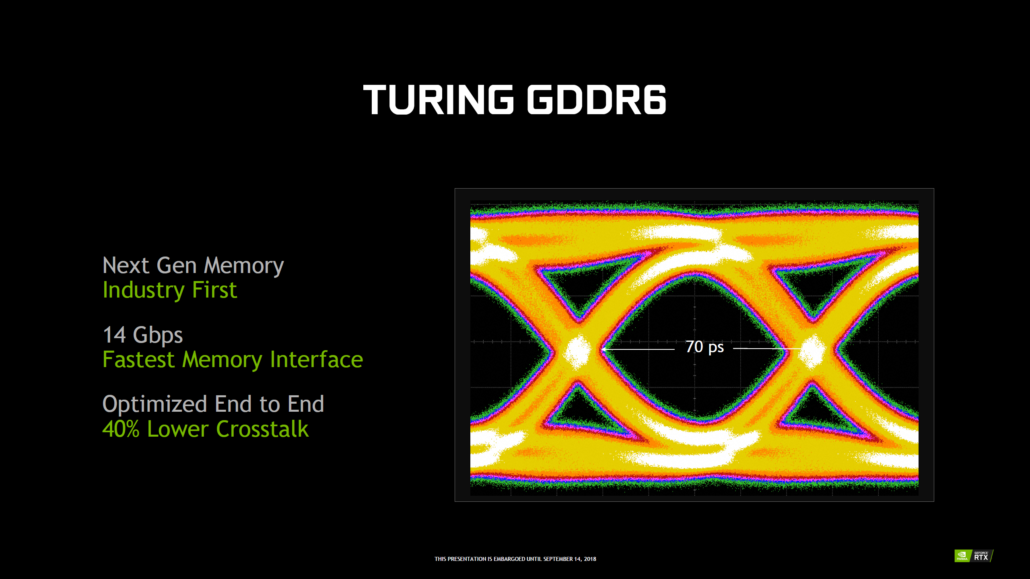 While GDDR6 follows an evolutionary path over GDDR5 and GDDR5X memory, there are still some significant changes in the underlying architecture to boost memory bandwidth while saving power. This makes the VRAM a viable option for next-generation consumer graphics cards such as NVIDIA's upcoming line of the GeForce products. Furthermore, unlike GDDR5X which was only supported and produced by Micron, GDDR6 has the backing of all three players which includes Samsung, SK Hynix, and Micron. NVIDIA is continuing their partnership with Micron and featuring their memory on the GeForce RTX cards but if they were ever to run in a shortage, there won't be an issue as NVIDIA can select from other manufacturers too.

While the new memory technology would be very similar to GDDR5X, there are a few differences of which the major ones include:

Coming to the specifications in detail, the Samsung 16 Gb GDDR6 memory die will be built on the 10nm process node which Samsung is calling as the most advanced memory node to date. It will double the density of their GDDR5 solution which was composed of a 20nm 8 Gb die. According to Samsung, their solution will be operating at up to 18 Gbps against a previous standard speed of 16 Gbps and that is a big deal here. Each die will be able to deliver a data transfer rate of 72 Gbps and hold a capacity of 2 GB VRAM. The solution will be able to do all of this with 35% lower power input at just 1.35V compared to 1.55V

One of the key improvements of Pascal over Maxwell was the faster memory compression algorithms which delivered very high bandwidth by using various compression and caching techniques. 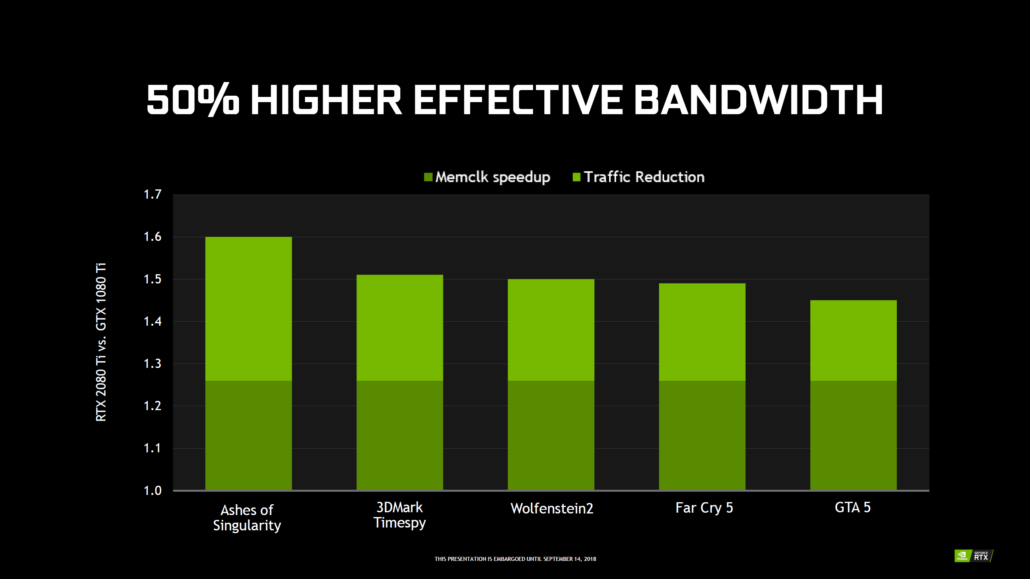 Since Turing GPU already have higher raw bandwidth compared to Pascal GPUs (RTX 2080 Ti with 616 GB/s), we can expect the effective bandwidth using the new algorithm to reach past 1.5 TB/s which is very good considering it would help games deliver even better performance on higher resolutions which the graphics cards are aiming at.