Overclocking the RTX 2080ti was something we really wanted to have ready in time for the review we posted last week, but limited time meant that the Founders Edition review was relegated to the default factory overclock results. It still feels weird to say that the GPU makers video card is factory overclocked. Either way we wanted to explore the OC Scanner utility implemented into EVGA's Precision X One and how well it works. There was a bit of a bug in the pre-release version of the software that strangely set out memory clock to a -200 even though it shouldn't have, so we opted to wait for the public release and that cured our ails on it.

Achieving the overclock we did was fairly simply on both the Precision X One and manual overclocks.  Precision X One simply required going to the Voltage Frequency Curve Scanner, upping the power target and clicking Scan.  Once it settled on the +88MHz frequency we hit apply and done.  The manual required a bit of work since, unlike the OC Scanner we wanted to up the ante on the memory as well by adding a +500 to it along with the +135MHZ core offset.  But did they translate to real world performance?

*Note images are for reference only since they were taken with the RTX 2080 installed.

Rather than just listing the core clock speeds we achieved we felt it more prudent to show you a visual representation of what the frequencies looked like over the course of time.  The chart below is the frequency achieved over the course of a 5 minute stress test using Unigine Superposition at 4K High settings.  While the lines between the stock frequency and the manual overclock are pretty far apart, I have to tip my hat to the OC Scanner function for coming very close. 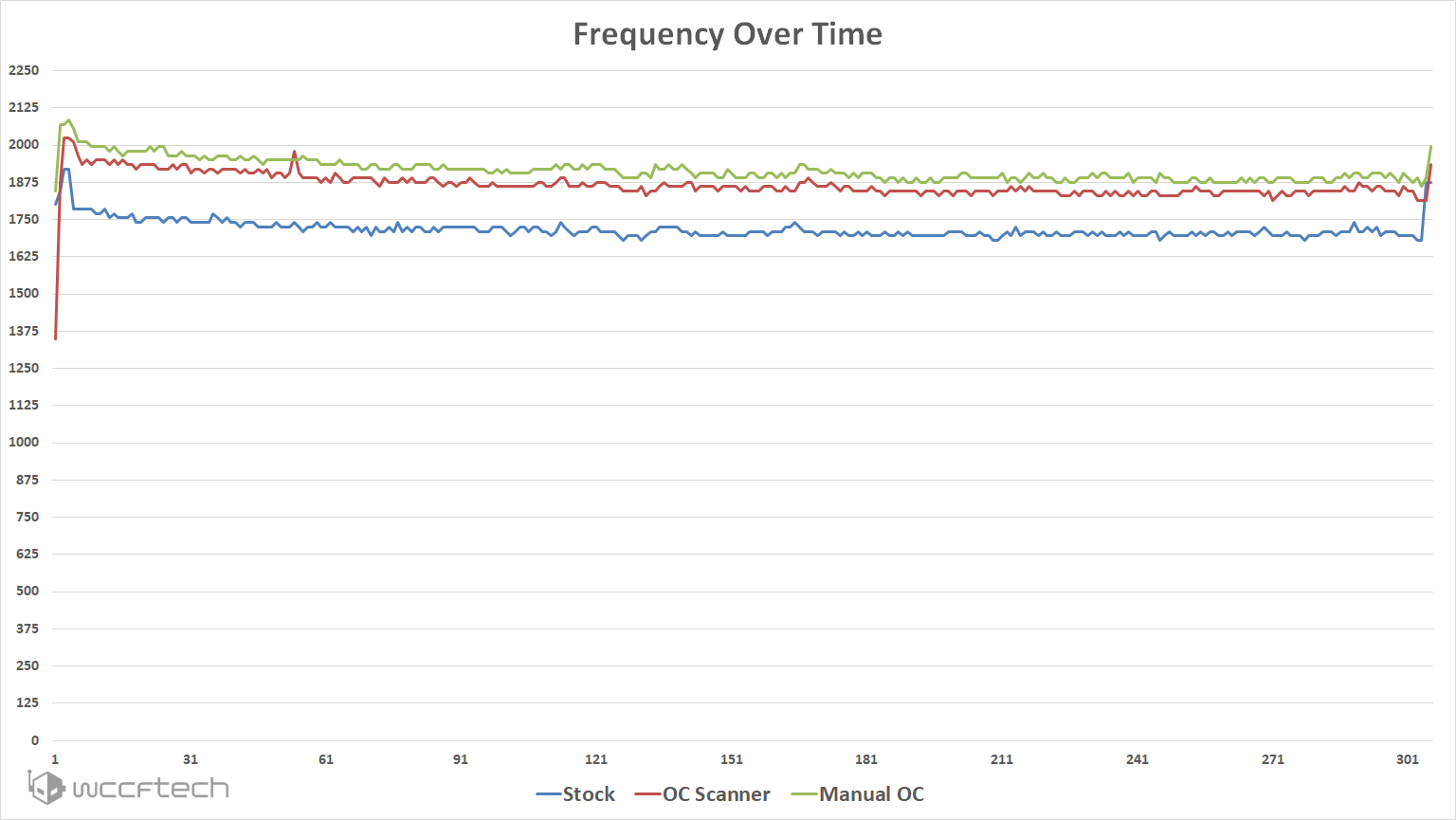 Of course when you push something past it's default specification you can expect thermals and power consumption to grow as well.  Turing is no different in this regard.  We observed temps breaking the 80c barrier, on the default fan curve mind you since we didn't tweak that. Power consumption for the entire system went up by roughly 60 watts as well. 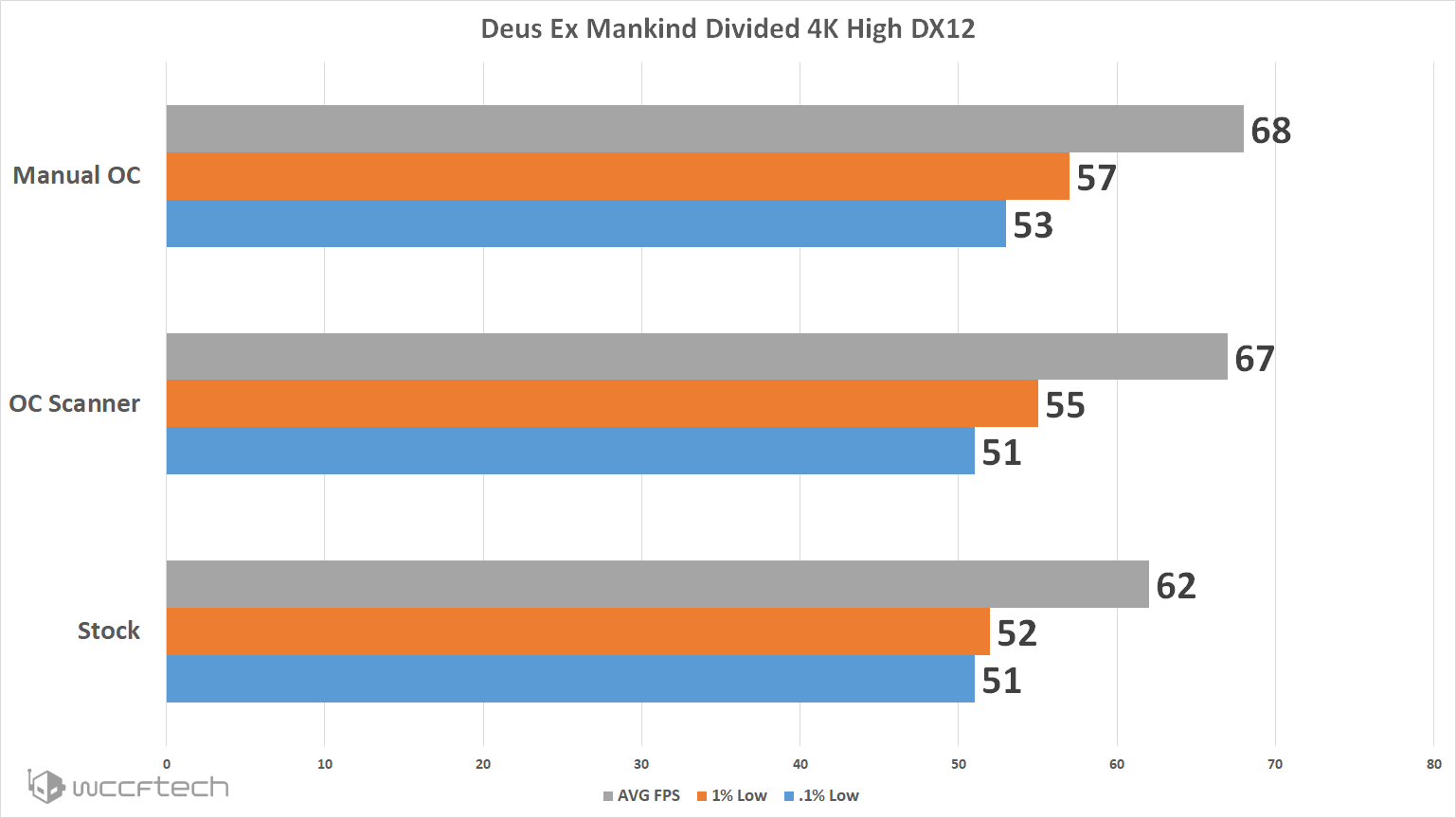 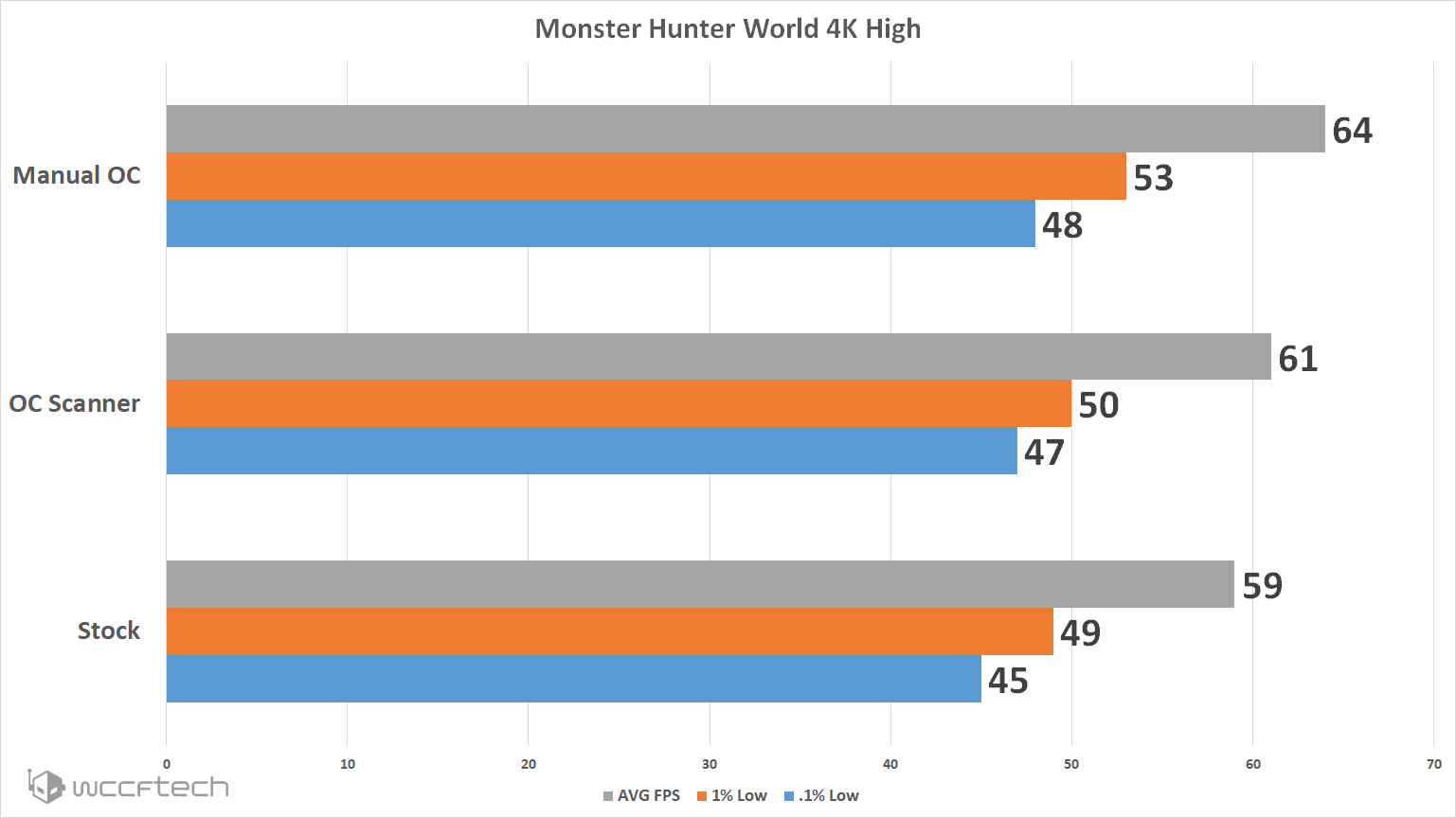 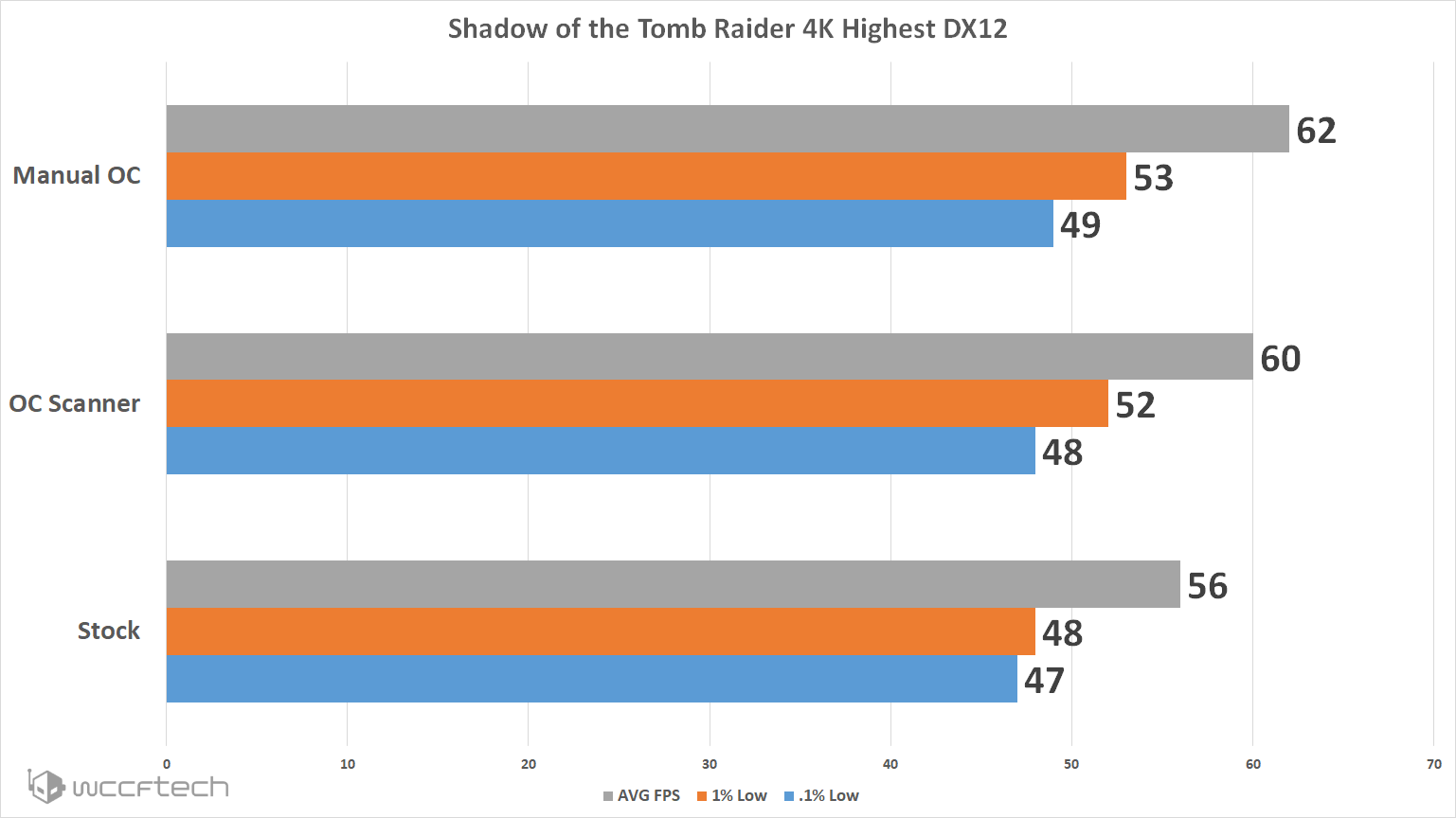 Overclocking the RTX 2080ti did indeed bring us up and past the 4K 60FPS barrier on both Shadow of the Tomb Raider and Monster Hunter: World making both just a bit more enjoyable for 4k gaming.  Perhaps in the future we'll explore how much settings really impact 4k gaming rather than overclocking, maybe there's something in those really high settings in SotTR that could turn it into a locked 4K 60FPS experience.