The NVIDIA GeForce RTX 20 series would first be available in reference only models which are also known as Founders Edition. These variants adopt NVIDIA's reference cooler and PCB design which are set as the standard for AIB partners and their non-reference designs. This time, NVIDIA has taken a different approach with the Founders Edition cards. 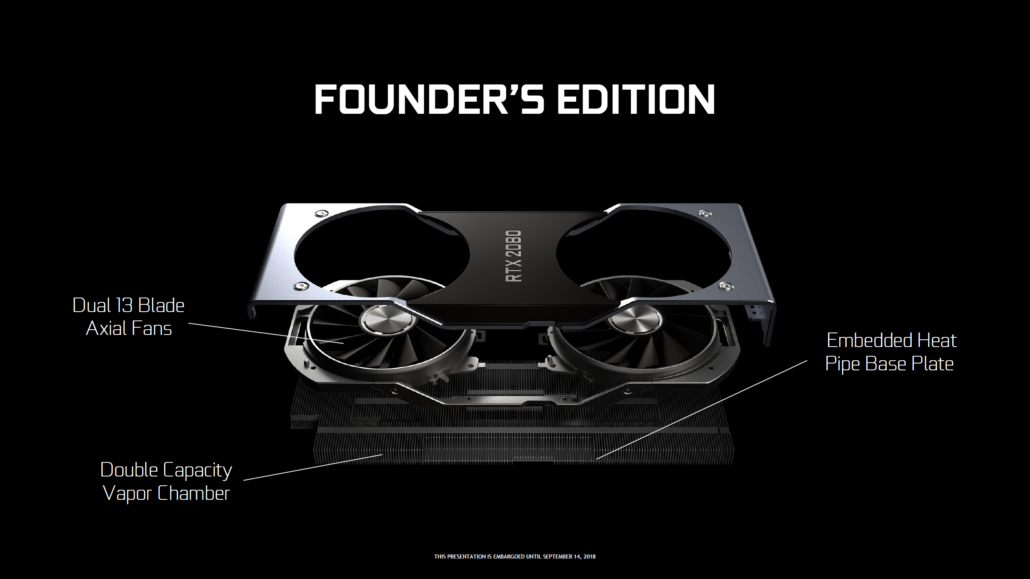 This time, NVIDIA also gives a fresh new design and the best PCB design to date. Gone is the blower fan cooler and now we get dual axial fans. Gone is the aggressive design from GeForce 10 series cards and instead, we get an elegant aluminum shroud which covers the entire frame around the PCB. And one more thing, Founders Edition cards come with a factory overclock so those non-reference cards we talked about a bit earlier, yeah, those would be lower clocked than NVIDIA's reference FE cards.

All founders edition cards come with a 90 MHz overclock out of the box. This applies across the three GeForce RTX 20 series cards that were announced today, including the RTX 2080 Ti, RTX 2080 and the RTX 2070. All cards are tested by NVIDIA to ensure they run at the stated clock speeds and are backed by a 3-year warranty. 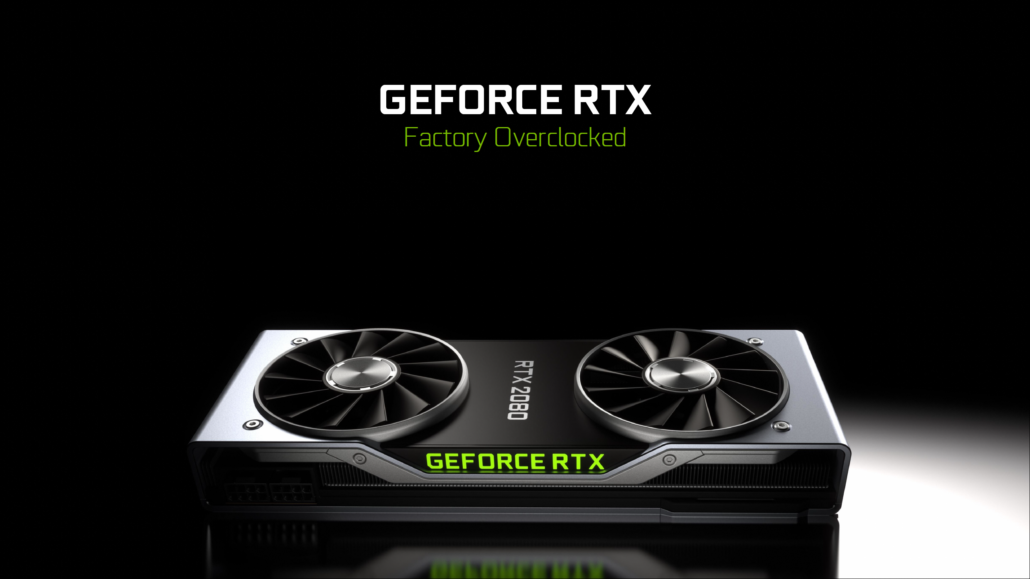 But if you want more performance, then manual overclocking is also available and there's much you can gain by configuring the cards yourself.

To deliver record-breaking performance, the factory-overclocked GeForce RTX 2080 uses 225 Watts of power out of the box and tops out around 280 Watts for enthusiasts chasing the best and most ultimate overclocking performance. 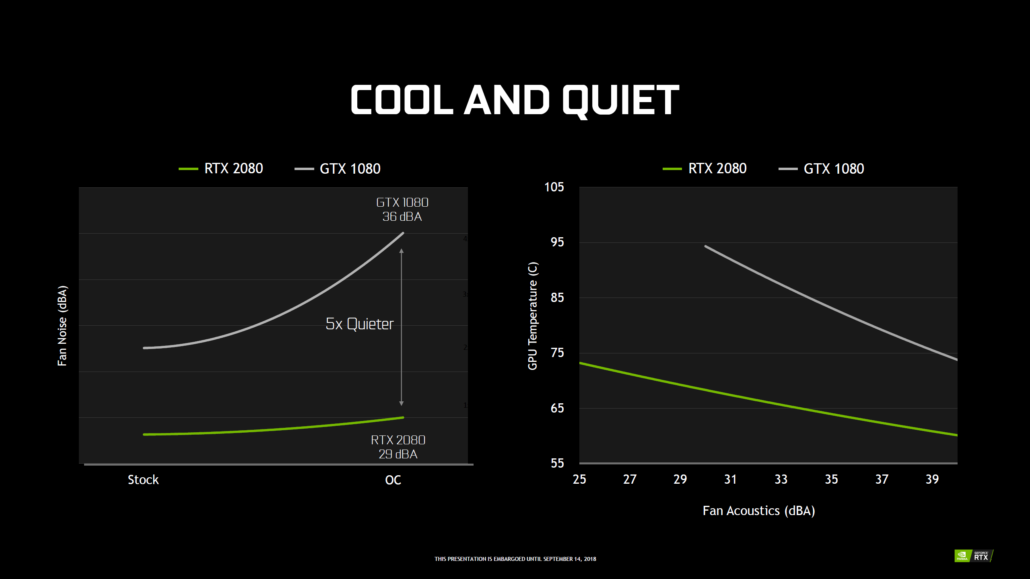 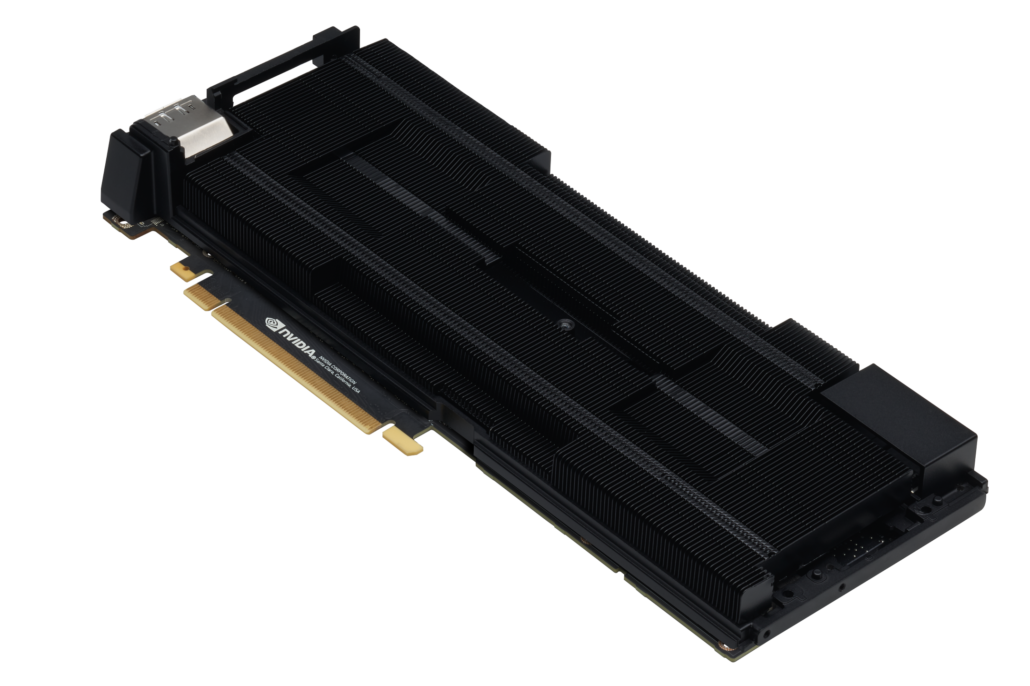 Like every major GPU generation, NVIDIA continues to provide tools to users so they can get the most from each GPU. GPU Boost 4 is the fourth iteration, and it adds the ability for users to manually adjust the algorithms that GPU Boost uses to dial in the clock.

The algorithms used with GPU Boost 3.0 were completely inside the driver and were not exposed
to users. However, GPU Boost 4.0 now exposes the algorithms to users so they can manually modify the various curves themselves to increase performance in the GPU. The biggest benefit is in the temp domain where new inflection points have been added.

Where before it was a straight line that dropped directly down to the Base Clock, the clock now holds the Boost Clock where it can be set to run longer at higher temperatures before a second temp target (T2) is reached where it will drop the clocks. This new plateau is where higher performance is gained and it is an area where many apps tend to move around. And if users can reduce heat in the system or add more cooling to the chip, they can take advantage of the lower temps by adjusting the curve to achieve higher levels of performance.

While Manual overclocking is fully supported, NVIDIA has also provided their latest OC scanner application which reduces the time it takes for configuring your graphics card to hit the highest clock speeds. Traditionally, a user would increase the clock speeds gradually with different voltages applied and that could result in up to an hour worth of time when taking in factor the stability test process.

NVIDIA is streamlining the process by offering a simple one-click overclocking utility that runs on the NV Scanner API and features a sophisticated Test algorithm that is designed to test various workloads during overclocking. It not only reduces the time taken to hit the best and stable clocks but also ensures that the card would run stable in all applications by testing a known set of voltage points that ensures no variability to be caused different games or load.

NVIDIA has also promised that their OC scanner application won't crash or TDR since the utility would be collecting data and errors or windows corruption would be detected far before they become a nuisance for the user. During their presentation, NVIDIA showed the OC scanner pushed the cards to 2130 MHz with 1.06V.

All of this is packed beneath an elegant looking cooler which doesn’t use the same design pattern as the GeForce 10 series founders edition cards. Those went with a more polygonal texture but this is more of a plain design featuring a die-cast aluminum shroud with a matte black finish in the center. 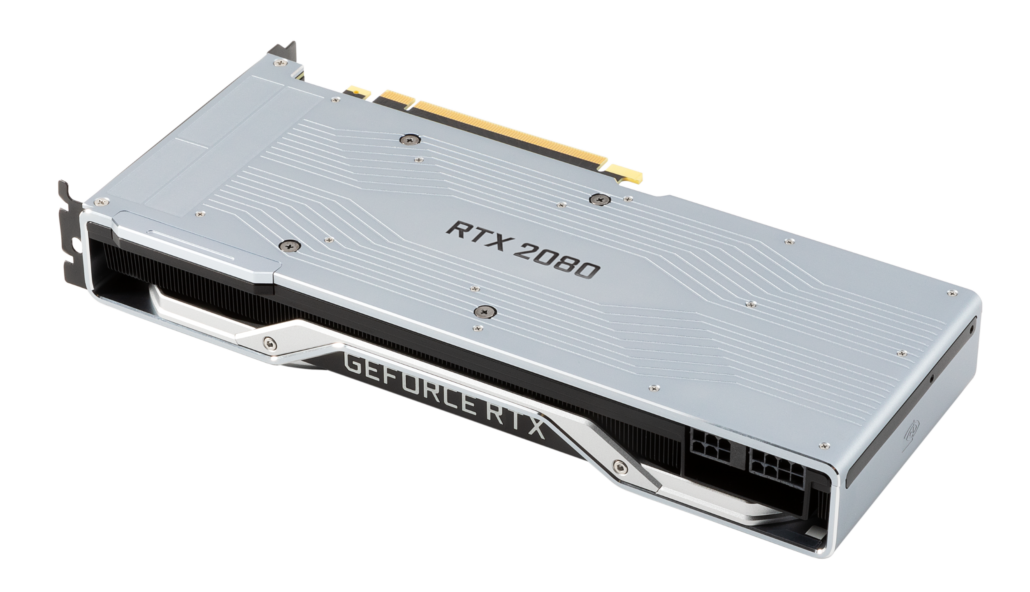