With each new generation of graphics cards, NVIDIA delivers a new range of display technologies. This generation is no different and we see some significant updates to not only the display engine but also the graphics interconnect. With the adoption of faster GDDR6 memory which provides higher bandwidth, faster compression, and more cache, Gaming applications can now run at higher resolutions, supporting more details on the display. 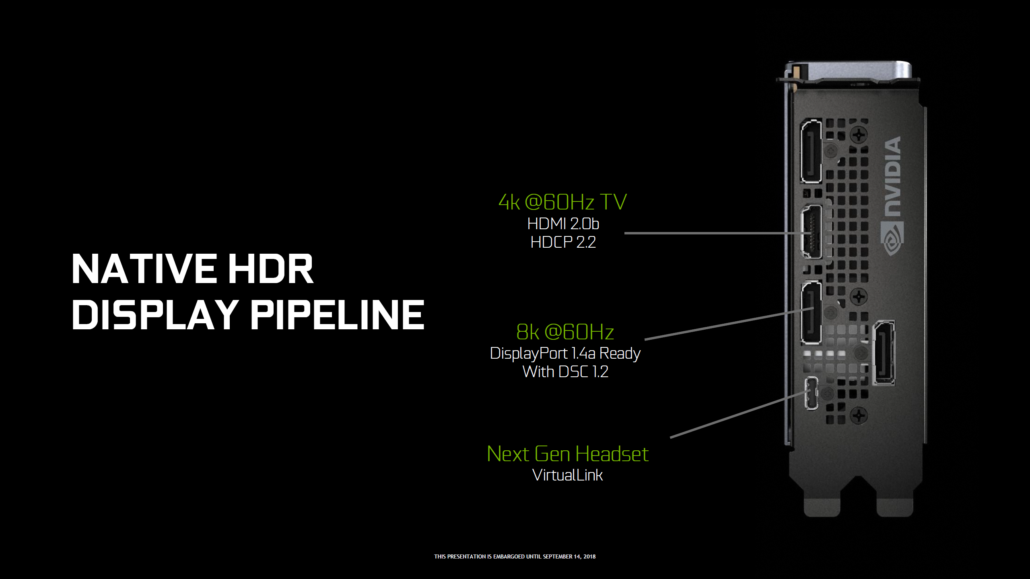 The Turing Display Engine supports two new display technologies, DisplayPort 1.4a and VirtualLink. DisplayPort 1.4a allows for upto 8K resolutions with 60Hz refresh rates and includes VESA's display stream compression 1.2 technology with visually lossless compression. You can run up to two 8K displays at 60 Hz using two cables, one for each display. In addition to that, Turing also supports HDR processing natively with tone mapping added to the HDR pipeline.

NVIDIA is also moving to make Virtual Reality less of a hassle for many users. Their solution is the new VirtualLink connector that uses a USB Type-C interface to seamlessly connect Virtual Reality headsets to your PC.

VirtualLink is a new open industry standard that includes leading silicon, software, and headset manufacturers and is led by NVIDIA, Oculus, Valve, Microsoft, and AMD. VirtualLink has been developed to meet the connectivity requirements of current and next-generation VR headsets. VirtualLink employs a new alternate mode of USB-C, designed to deliver the power, display, and data required to power VR headsets through a single USB-C connector. 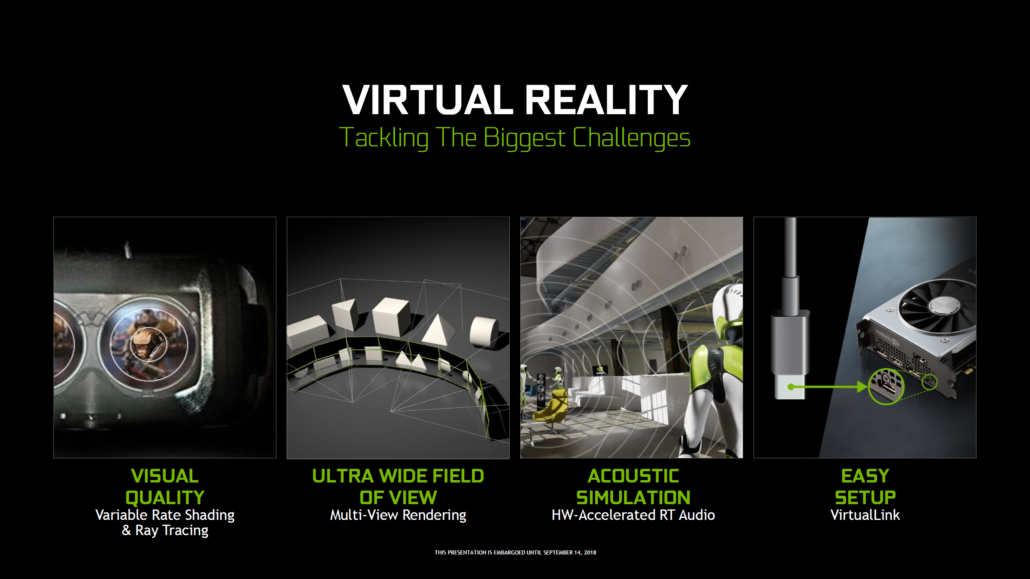 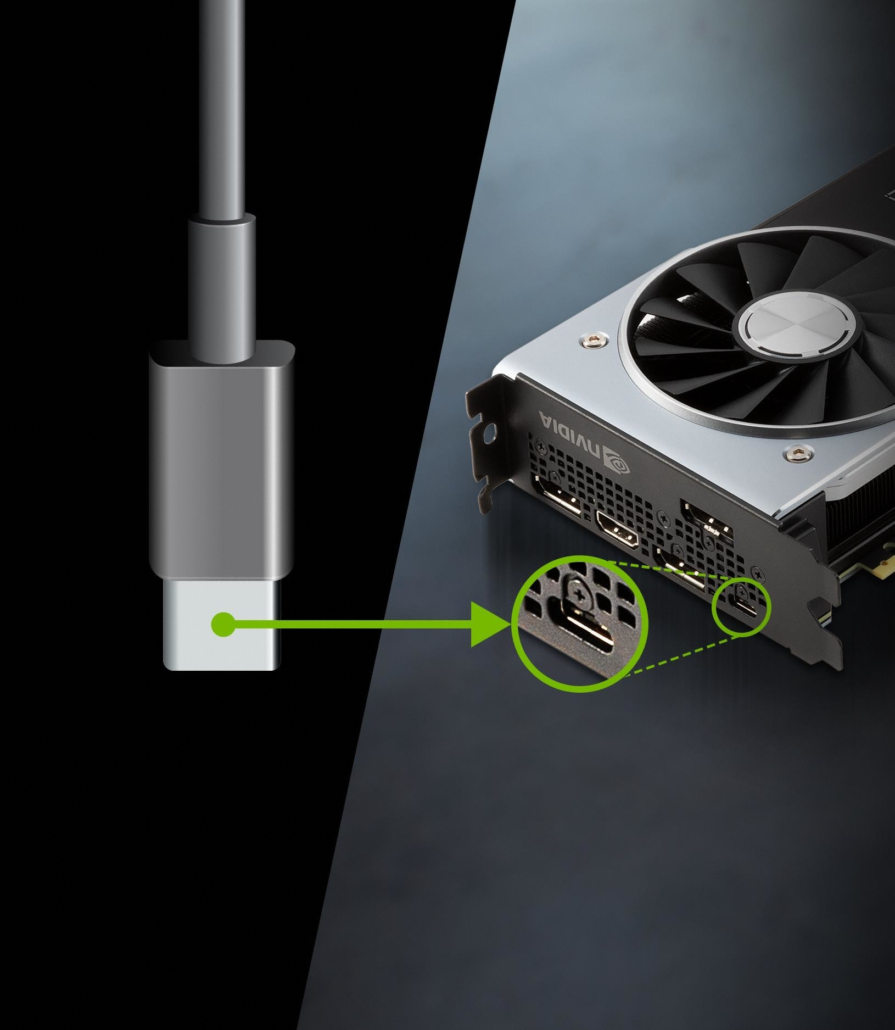 NVIDIA has said farewell to their SLI (Scale Link Interface) interconnect for consumer graphics cards. They will now be using the NVLINK interconnect which has already been featured on their HPC GPUs. The reason is that SLI was simply not enough to feed higher bandwidth to Turing GPUs. 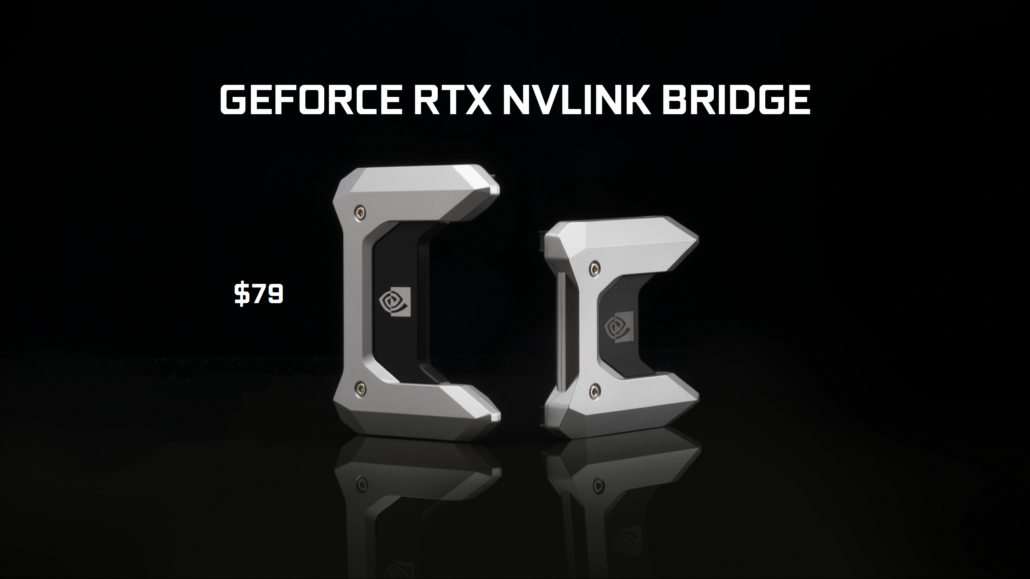 A single x8 NVLINK channel provides 25 GB/s peak bandwidth. There are two x8 links on the TU102 GPU and a single x8 link on the Turing TU104 GPU. The TU102 GPU features 50 GB/s of bandwidth in parallel and 100 GB/s bandwidth bi-directionally. Using NVLINK on high-end cards would be beneficial in high-resolution gaming but there's a reason NVIDIA still restricts users from doing 3 and 4 way SLI. 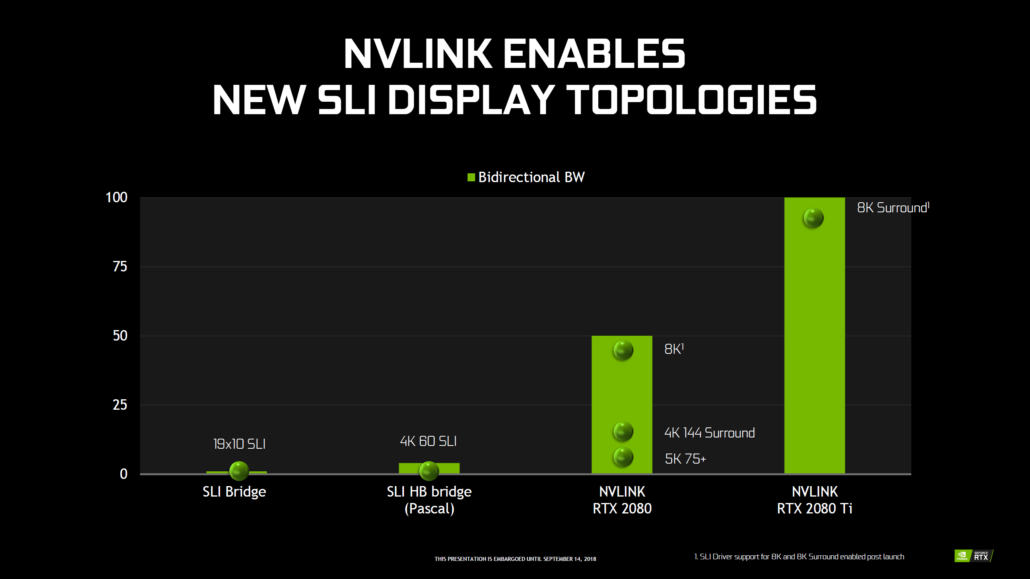 Multi-GPU still isn't optimized so you won't see much benefits unless you are running the highest end graphics cards. That's another reason why the RTX 2070 is deprived of NVLINK connectors. The NVLINK connectors cost $79 US each and is sold separately. Currently, only NVIDIA is selling them as the AIB cards don't include any such connectors but that may change once the standard is adopted widely.