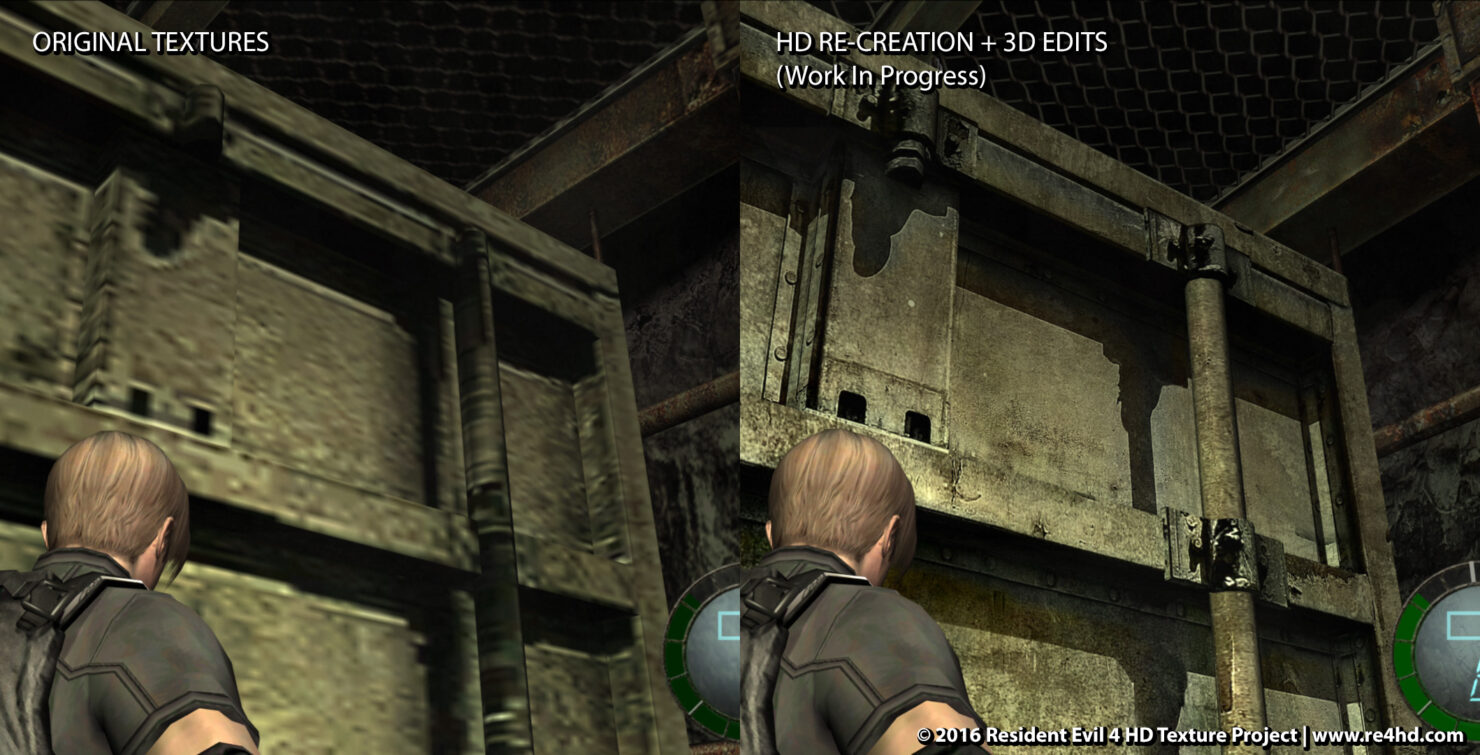 Resident Evil 4 has been released on PC a while back, and today looks somewhat outdated due to its low quality textures. Thankfully, a dedicated fan of the series has been working hard to improve the now classic game by Capcom with the Resident Evil 4 HD Project. Earlier today, some new screenshots and a new video showcasing some new improvements have been shared online.

The new Resident Evil 4 HD Project screenshots and videos showcase some cave rooms that those who have played the game will surely recognize. The rooms include plenty of generic metal and stone textures which have been improved considerably, with some 3D details also getting added in for enhanced effect.

This update will cover both cave rooms 31a and 31b. And Saddler finally introduces us to “It!” (U-3)

This area uses lots of generic metal / stone textures, so the updates are pretty straightforward this time. I added some new 3D details here and there as usual, especially on the doors and control panels. I also tried to fix that terribly patterned stone wall you can see before fighting U-3.

PlayStation 4 and Xbox one owners will soon be able to enjoy Resident Evil 4 with several enhancements next month. This new release will include all the bonus content from the original game as well as additional features that have been added to the game over the years, such as Mercenaries Mode and more.