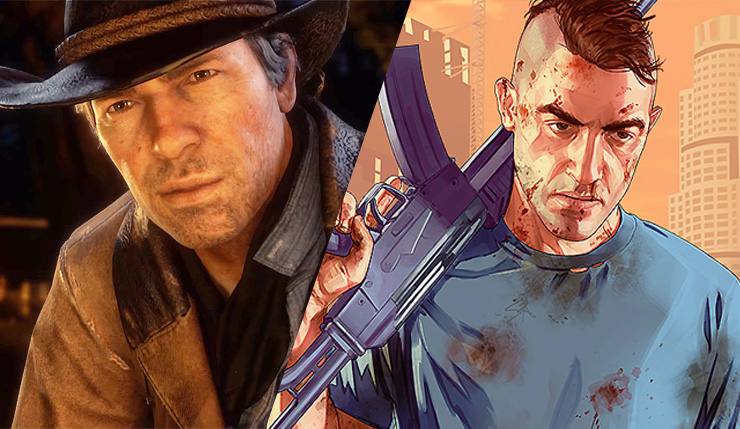 GTA Online: The Doomsday Heist launches today, and modders have already found evidence of a “treasure hunt” quest in the update’s code, which will reward players with a special Red Dead Redemption gun. More interesting still, completing the GTA Online mission will also net you the weapon in Red Dead Redemption 2. A detailed description of the treasure hunt has even been found in the code:

“Because sometimes revenge is a dish best served six times, in quick succession, right between the eyes. Sign up to the Rockstar Games Social Club to get access to the Double Action Revolver Head Shot Challenge. This challenge will unlock GTA$ and an exclusive variation of the weapon in Red Dead Redemption 2.”

Check out some of the assets uncovered, courtesy of Red Dead Network:

#RDR2 "treasure hunt" discovered in the GTA Online game files! We believe hints in-game are going to lead us to this chest and a new double-action revolver, which comes with its own challenge to unlock an exclusive RDR2 reward. Credits: @GuruTadd @TheMagixian @SpiderVice pic.twitter.com/Pg5Bvc4uhO

The new double-action revolver unlocked in the GTA Online #RDR2 "treasure hunt" comes with its own 50-headshot challenge and will give you a "GTA$ reward and exclusive variation of the weapon in Red Dead Redemption 2". Credits: @WildBrick142 @SpiderVice pic.twitter.com/SIxHsYiz1u

Could this be the fist of many similar crossovers between GTA Online and Red Dead Redemption 2? I wouldn't be at all surprised.

As mentioned, GTA Online: The Doomsday Heist, which includes a crazy new storyline, co-op heists, vehicles, weapons, and a damn jetpack, is available now. Red Dead Redemption 2 is slated for a spring 2018 release on Xbox One and PS4.