Only less then two hours have been passed to iOS 8.4 official release [you can download iOS 8.4 IPSW links] and PP Jailbreak hackers have already released a tool to jailbreak iOS 8.4. Impressive timing! Users were quite mind bobbled as to update their iOS and host the Apple Music service or remain on their current version to keep the jailbreak status. Release of Apple Music made the iOS 8.4 even more curious. Luckily, hackers have all figured it out. Lets see how the PP Jailbreak tool goes for different devices. 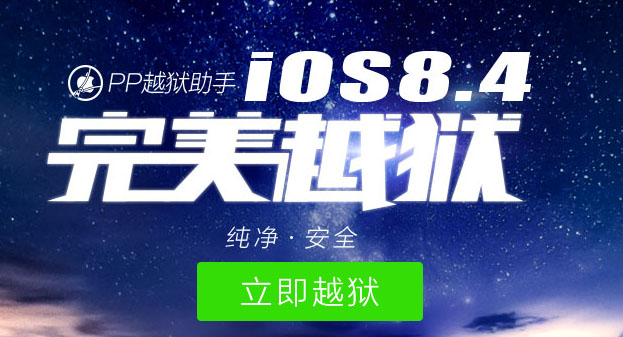 The TaiG 2.x jailbreak had some vulnerabilities and it seems not all of them are patched which became the reason for PP Jailbreak team to release an updated and fresh jailbreak tool for the iOS 8.4 version. Henceforth, it is highly expected that the Chinese TaiG team will also release their own version of the iOS 8.4 Jailbreak tool. Its just a matter of time when we hear about it.

However, let us look upon the devices which will support the PP Jailbreak tool. They are as follows, check and tally them for your use.

If you want to download the PP Jailbreak Tool, it is currently available only for Windows running systems. Mac users can run Windows on a virtual machine to use TaiG jailbreak tool [check our guide]. The latest version of PP Jailbreak can be downloaded from their official Page. Even though the PP Jailbreak tool would work for iOS, it is advised to wait for the TaiG jailbreak team to release their own share. However, if you tried it out, let us know your experience in the comments below.