TaiG 2.0, jailbreak tool for iOS 8.3, iOS 8.2 and iOS 8.1.3, only works with Windows for now. While TaiG team is expected to release OS X version in the coming days, there is no reason why you should wait any longer for that to happen. 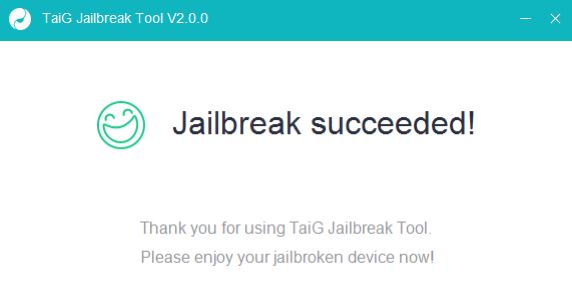 After months of wait, finally we saw a jailbreak tool coming for iOS 8.1.3 and later versions. The timing has been very odd as Apple was about to seed out iOS 8.4 Golden Master build. The GM build is now delayed and might incorporate patches to this latest jailbreak solution. However, this is a good time to jailbreak your iPhone, iPad or iPod touch as we don't know what the future holds for iOS 8.4 jailbreaking possibilities. If you don't have a Windows machine and are wondering how to jailbreak iOS 8.3 on OS X, here is a simple tutorial to help you jailbreak iOS 8.3 OS X.

TaiG team is of course expected to release the Mac OS X compatible tool sooner but until the Mac version comes, you will have to jailbreak using a virtual machine. Here is how.

Once Windows is booted on your machine, download and install iTunes 12.0.1. As we have previously mentioned, latest version of iTunes gives many errors to some users so it's better to go with 12.0.1.

Once you have installed iTunes, follow our step by step guide to jailbreak iPhone, iPad or iPod touch on iOS 8.3 - iOS 8.1.3.

If you get into any trouble, don't forget to check out our extensive list of fixing TaiG errors.

How to Disable Game Mode on Windows 11 Computers

How to Create Zip Files and Unzip Files on Windows 11