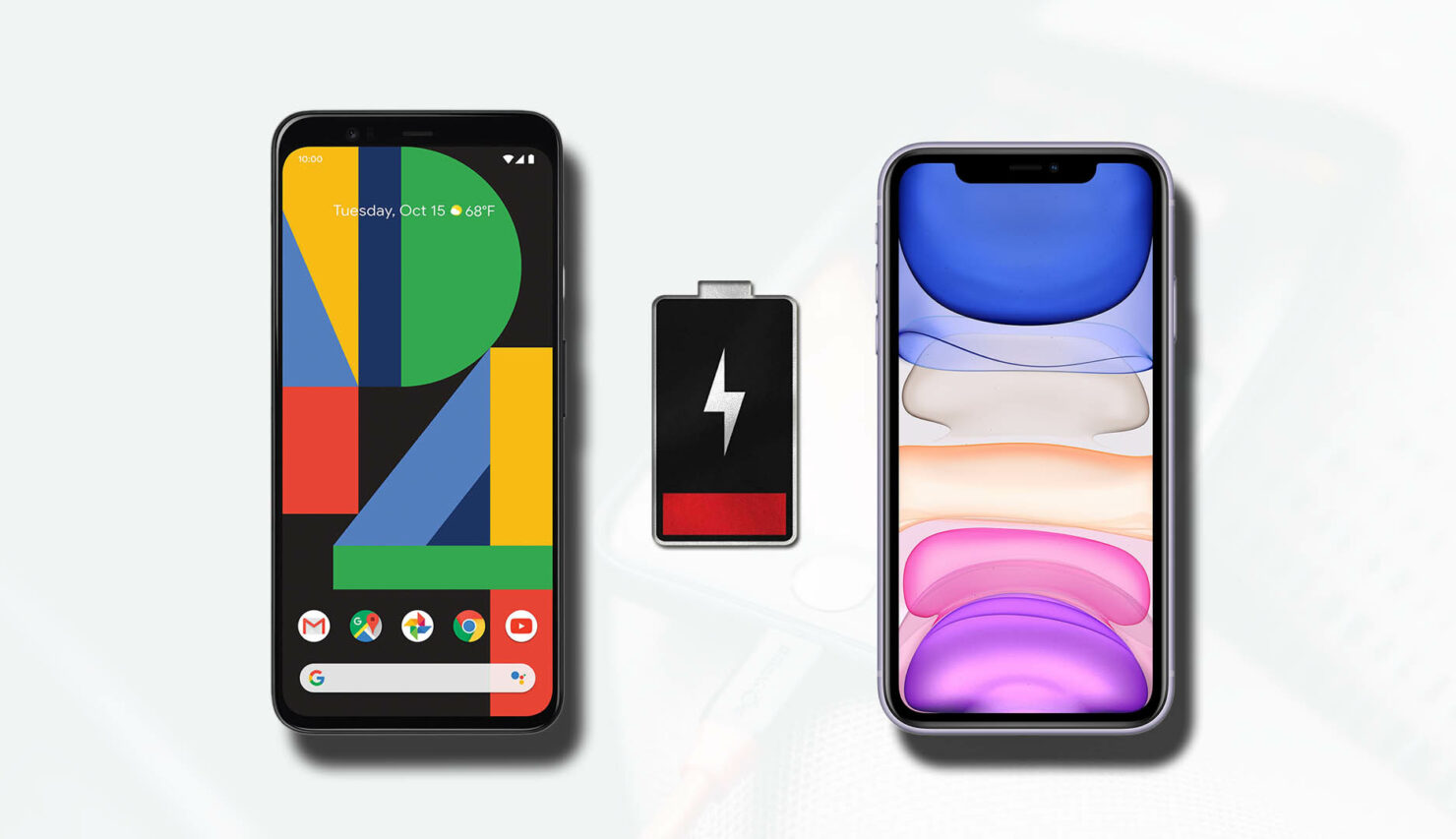 The iPhone 11 and the Pixel 4 XL are two of the best flagship smartphones to buy from their respective companies. Naturally, it will be a matter of which handset is better in a specific category and today, that category is battery endurance. Here’s a closer look at the Pixel 4 XL vs iPhone 11 battery test to see which model lasts longer.

Fresh off the speed run where it pitted the iPhone 11 Pro Max against the Pixel 4 XL, PhoneBuff is back with a new Pixel 4 XL vs iPhone 11 battery test video to see which smartphone outlasts the other. Just to be clear, the Pixel 4 XL features a much higher 3040 x 1440 resolution, while the iPhone 11’s display drives much fewer pixels thanks to its 1792 x 828 resolution. From a purely resolution-to-resolution comparison, the iPhone 11 already has an advantage, but another difference pops up; the battery capacity.

Apple’s cheapest model sports a 3110mAh battery while the Pixel 4 XL is armed with a much bigger 3700mAh cell, but will that make a difference? Let us find out. With the battery test officially underway, you’ll be able to notice that throughout the test, the iPhone 11’s battery percentage remains higher than the Pixel 4 XL’s. That’s the lower resolution with the non-90Hz refresh rate coming into play. PhoneBuff also stated that during the standby mode test, which lasts for 16 hours, Motion Sense was enabled, which may have affected the overall battery life for Google’s flagship.

To keep the test as fair as possible, brightness levels in the Pixel 4 XL vs iPhone 11 battery test was set at 200 nits for both phones, with equal decibel count maintained too. Towards the end of the test, the iPhone 11 came out the winner with the battery running at 14 percent and still, it was able to run an additional 43 minutes before the handset had to power off. In total, Apple’s most affordable model from the company’s 2019 lineup lasted a whole hour longer than the Pixel 4 XL. However, before we immediately hand over the crown to the $699 iPhone 11, we’d like to give the Pixel 4 XL full marks for its own battery endurance.

The device was running at a much higher resolution than it’s competing handset, along with the 90Hz refresh rate and Motion Sense enabled and still managed to last a long time. In short, it put up a noteworthy fight and hopefully, Google may introduce a few software updates that may improve that battery life in the future. For now, you can check out the detailed Pixel 4 XL vs iPhone 11 battery test in the video below and let us know what you think in the comments section below.