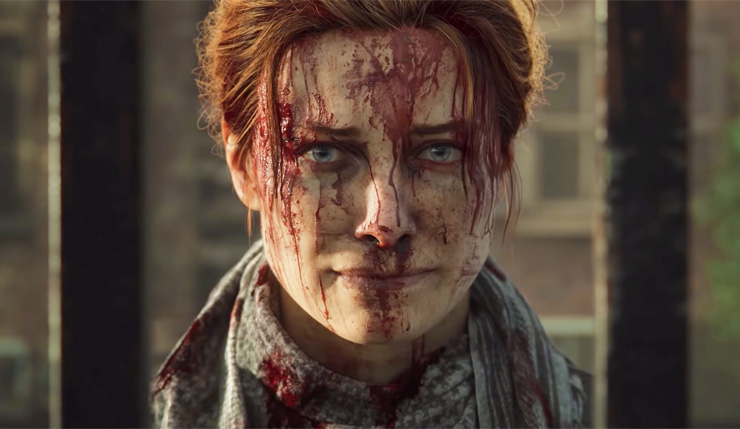 Overkill’s The Walking Dead, the promising co-op FPS from the developers of the Payday series, has unveiled its final playable character. Previously, we were introduced to the bat-wielding badass Aidan, deadly doctor Maya, and fearless survivalist Grant, and now we have a chance to get to know Heather. Check out her unflinching cinematic trailer, below.

Interesting to see more of a focus on human enemies in this trailer. I wonder how Heather is going to fit into the game’s team dynamic – the roles of Aidan (tank), Maya (healer), and Grant (sniper) are a bit more obvious. What kind of special scout abilities with Heather have? I suppose we’ll have to wait and see. Here’s how Overkill describes Heather:

Heather is a hardened scout who rounds out your squad as the fourth playable hero. A kindergarten teacher in her old life, Heather has had to learn the hard way that the difference between right and wrong isn’t so clear in a world where humanity struggles to survive against the undead.

Not up on what Overkill’s The Walking Dead is all about? Here’s a basic rundown:

Overkill’s The Walking Dead is a four-player co-op action FPS, in which you and three friends fight the dead as well as the living. Set in The Walking Dead Universe, you and your group try to survive in an apocalyptic Washington D.C.