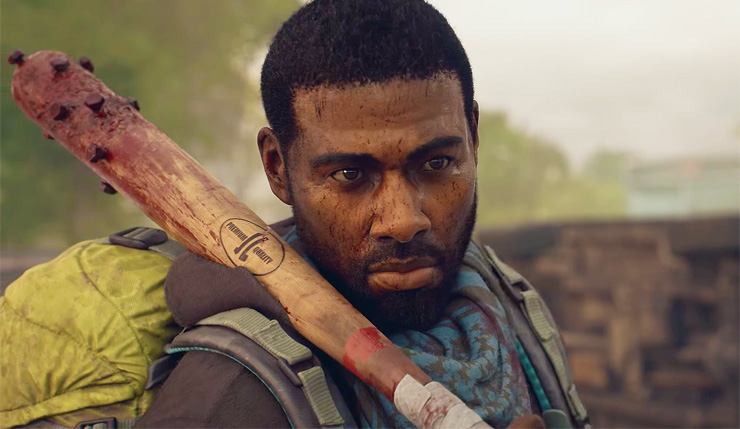 The Walking Dead franchise has had mixed success with video games. Telltale’s episodic series is top notch, but attempts to make other types of Walking Dead games (particularly, shooters) haven’t gone as well. Thankfully, it looks like the upcoming The Walking Dead co-op FPS from developer Overkill (the Payday series) could be the franchise’s first non-Telltale game worth playing.

Overkill has revealed the first of four characters available in their Walking Dead game via a rather impressive cinematic trailer. Check it out, below.

A Walking Dead good guy with a weaponized bat? That’s an interesting choice. Oh, and intentionally waking up the walkers is ballsy move. This Aidan guy seems like he’s got some serious badass credentials. Not sure what Overkill’s The Walking Dead is all about? Here’s a basic rundown from the developer:

Each character has their own Special Abilities, Skill Trees, Squad Roles, Play Styles and Story Arcs, but teamwork is paramount. The action is close-up and intense: take out enemies carefully with silent melee attack or go in guns blazing with your choice of each class firearms. You need to be able to improvise as nothing is certain and a horde of walkers is always right around the corner.”

You can also watch an archived version of a recent Overkill’s The Walking Dead livestream, featuring interviews with the developers, and comments from Robert Kirkman himself.

What do you think? Does this game sound promising, or will it be dead on arrival? Overkill’s The Walking Dead shambles onto PC, Xbox One, and PS4 in late 2018.