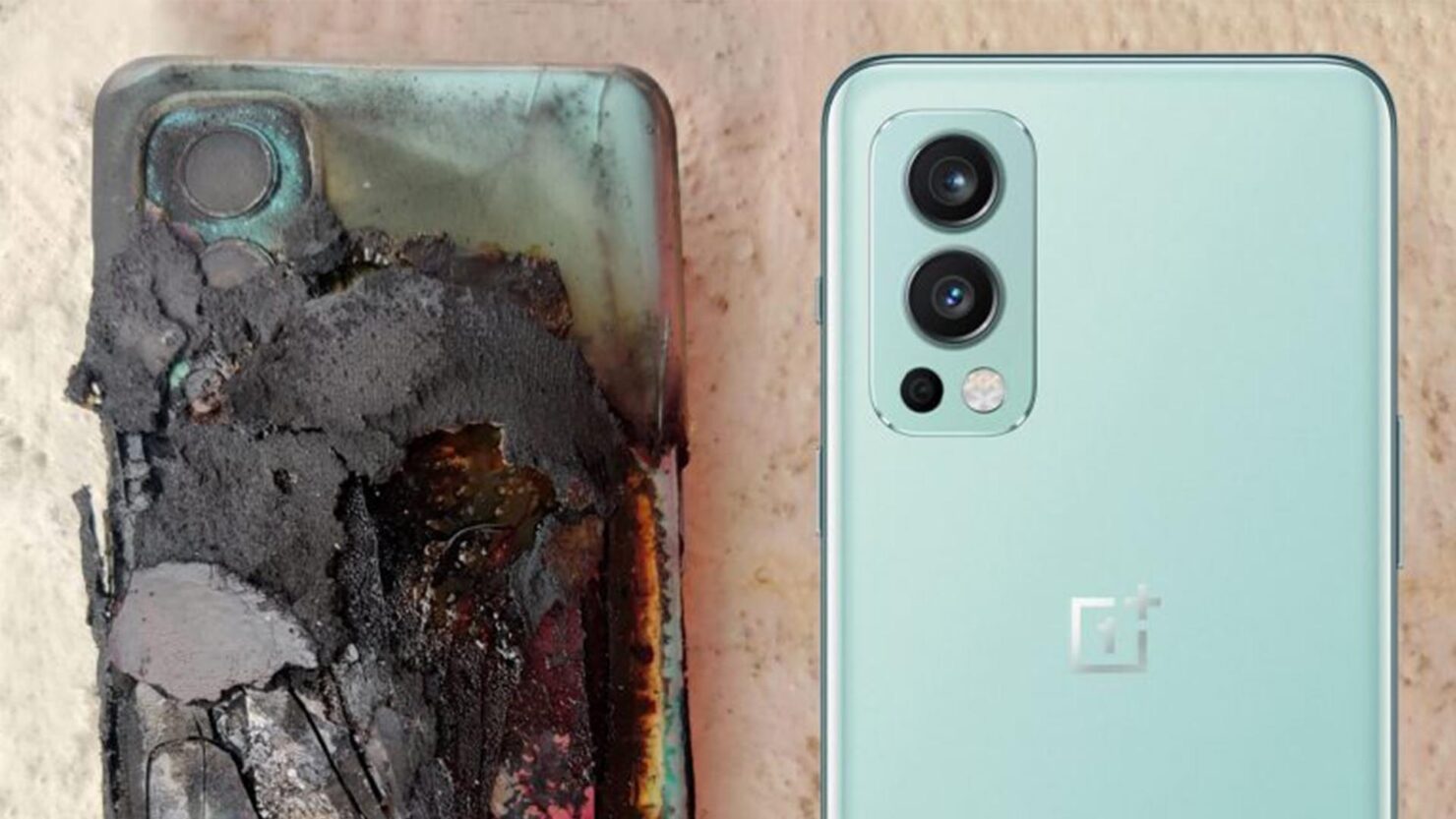 The OnePlus Nord 2 launched late last month, and anyone can understand the joy of purchasing a brand new smartphone. However, one should still be careful, especially when it comes to the battery. Unfortunately, one owner experienced a horrific incident in which the cell of the handset exploded after just five days of use. After what transpired, the company did not take long to respond.

Owner Deletes Tweet, but Not Before the Exploded OnePlus Nord 2 Images Made It Online

Ankur Sharma’s OnePlus Nord 2 was bought by his wife less than a week ago, and she went for a bike ride with the device present in a sling. Without being tampered with, the handset exploded, which naturally caused an accident for the owner, traumatizing her in the process. As you can see in the images below, the majority of the smartphone is charred thanks to the explosion.

Another OnePlus Nord 2 Explodes, but This Time, Causes Severe Injury to Boy

Shortly after the tweet went out, OnePlus arrived on Twitter with the following response, and it did not take long for the exploded OnePlus Nord 2 images to vanish from the microblogging website.

Hi Ankur. We are gutted to hear about your experience. We are deeply concerned and want to make it up to you. We request you to connect to us over a direct message so that we can make amends and turn this around for you. https://t.co/Y6rHuMwu8J

Fortunately, some eagle-eyed individuals like LetsGoDigital got a hold of the images that you see before you, showing the damage done to the phone. Tipsters like Chun believe that the exploded OnePlus Nord 2 images were deleted because OnePlus may have privately contacted the owner and offered a sizable compensation if those pictures were removed.

Most likely OnePlus offered something for him and told him to delete the tweet, but let's wait the original owner/poster and/or OnePlus to speak

Regardless, OnePlus has stated that it has commenced an investigation regarding the incident. As for our readers, we always recommend plugging your smartphones into official and authorized charging accessories to minimize risks such as this. We hope that for OnePlus’ sake, this was an isolated issue, and the other Nord 2 units shipped to customers do not exhibit the same problem.

Assuming that they do, it will be a Galaxy Note7 scenario all over again, but this time, it will be OnePlus’ name plastered in the negative spotlight.