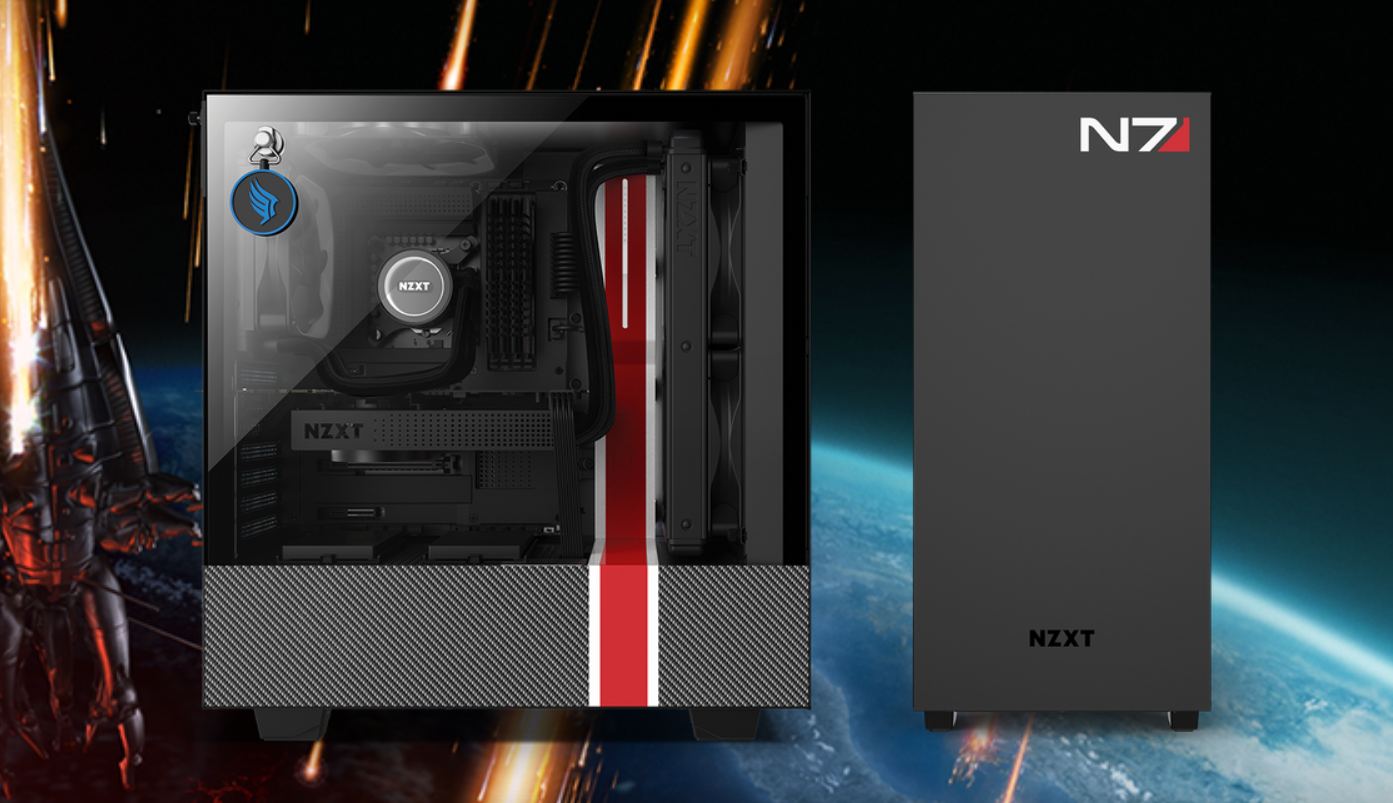 NZXT Introduces a customized H510i PC case, perfect for any Mass Effect fan that wants to have a PC case styled after the classic gaming series. This case, like NZXT's previous different themed cases, which has the H510i styled after Rainbow Six Siege and World of Warcraft. The CRFT07 H510i Mass Effect PC case is currently available on the NZXT website for $199.99 and has a limit of 2 cases per order.

NZXT has launched the H510i Mass Effect PC case, which is themed like the iconic N7 Armor worn by Commander Shepard

The technical specifications and compatibility are the same as previous H510i Mass Effect PC cases, which includes a small amount of front IO. The Front IO includes a single USB Type-C port and a single USB port.

For cooling, this H510i Mass Effect PC case features a front bracket design allowing for up to a 280 mm radiator. This fan comes with two 120 mm Aer F fans allowing for good airflow for nearly any high-end components. This PC case also features a large glass side panel allowing users to see the internal components installed.

NZXT's founder and CEO, Johnny Hou, "Mass Effect has made a profound impact on the imagination of the gaming community, To this day, we hear people recount the adventures of Commander Shepard and discuss their unique adventures. We are honored to partner with BioWare to bring this passionate fanbase a case that honors the legacy of this iconic franchise."

The CRFT07 H510i Mass Effect PC case has been modeled after the iconic N7 armor, which is worn by commander Shepard during the Mass Effect game franchise. This is shown through the darker color scheme and the simple red slight stripe through the PC case side.

Some highlighted features of this card include:

Included with this case is a charm that features either the Renegade or Paragon icon, showing who you are, either compassionate and heroic or indifferent and ruthless.

The CRFT07 H510i Mass Effect PC case is currently available on NZXT's website and features a price tag of $199.99. Since this is a Limited Edition PC case, each order has a maximum of just two of these fantastic PC case.