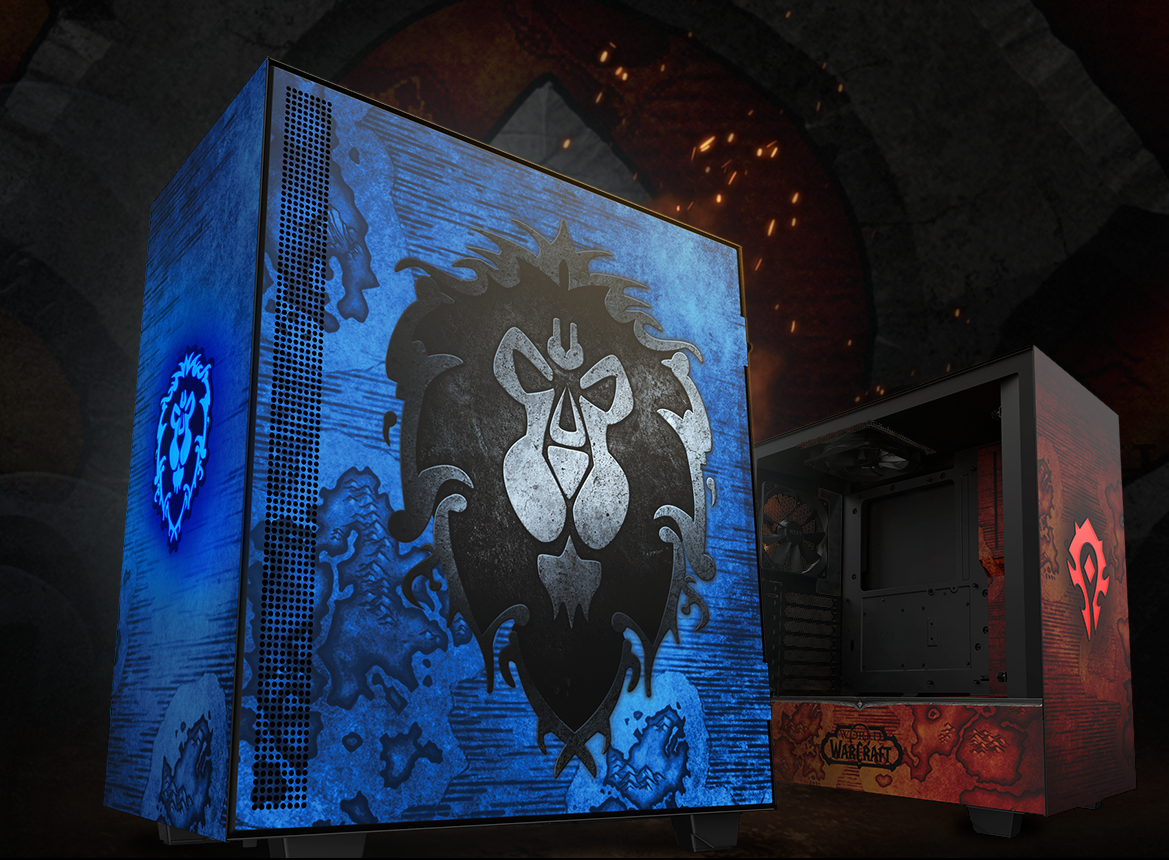 NZXT has made a case designed for the World of Warcraft addict, and these cases show off your allegiance to either the Horde or the Alliance factions. These cases are skinned versions of the H510 case and are limited units with NZXT only making 1000 of each case. The H510 case offers support for Mini-ITX, MicroATX, and standard ATX motherboard, so this case provides massive compatibility for almost any motherboard currently on the market.

The H510 is a fantastic case even without the new skin, which adds a great value to this already fantastic case. This case is perfect for the World of Warcraft fanatic, offering support for up to three 2.5-inch drive bays and three 3.5-inch drive bays, which are ideal for expansion — allowing for up to six total hard drives to be installed with no issue. 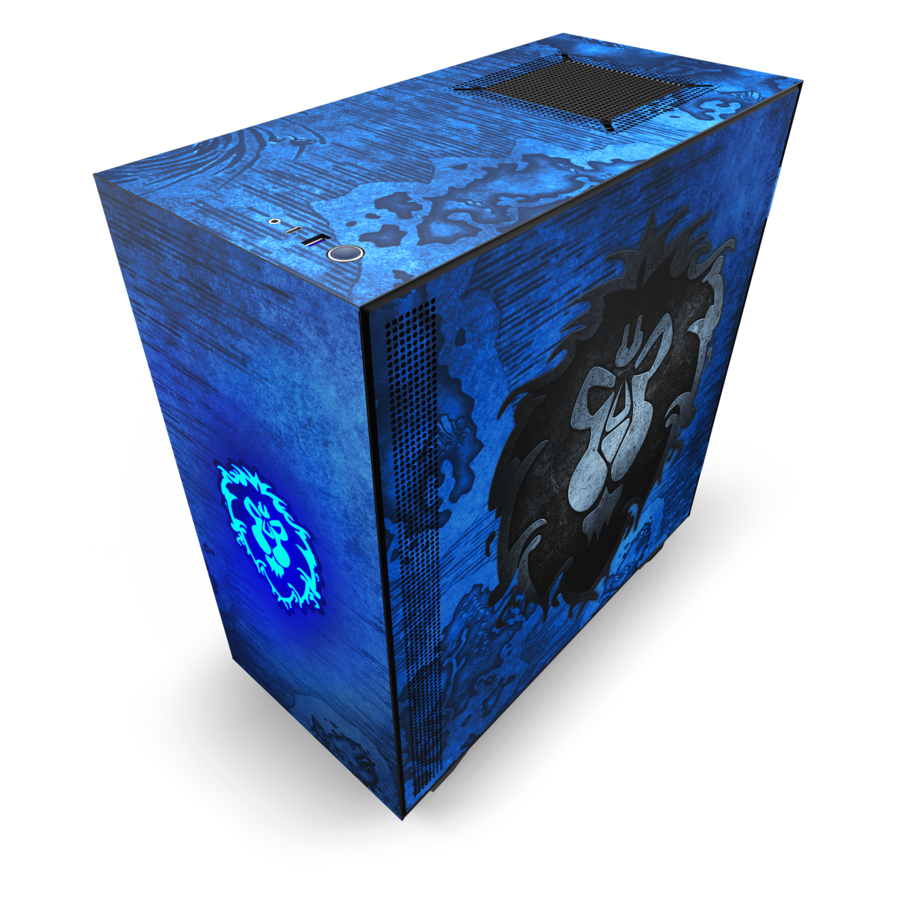 The front panel port offerings are scarce, being just a single USB 3.1 Gen 1 Type-A port, a jack for a headset and a USB 3.1 Gen 2 Typ-C port. This allows the more minimalistic design of this case to show.

The case is also designed to be shown off; the case has built-in cable channels and straps, allowing for an incredibly clean build. The case keeps your power and SATA cables out of the way, allowing the components to be shown off. This case includes dust filters in the front panel, and at the power supply intake, both of which are removable to be cleaned without any issue. 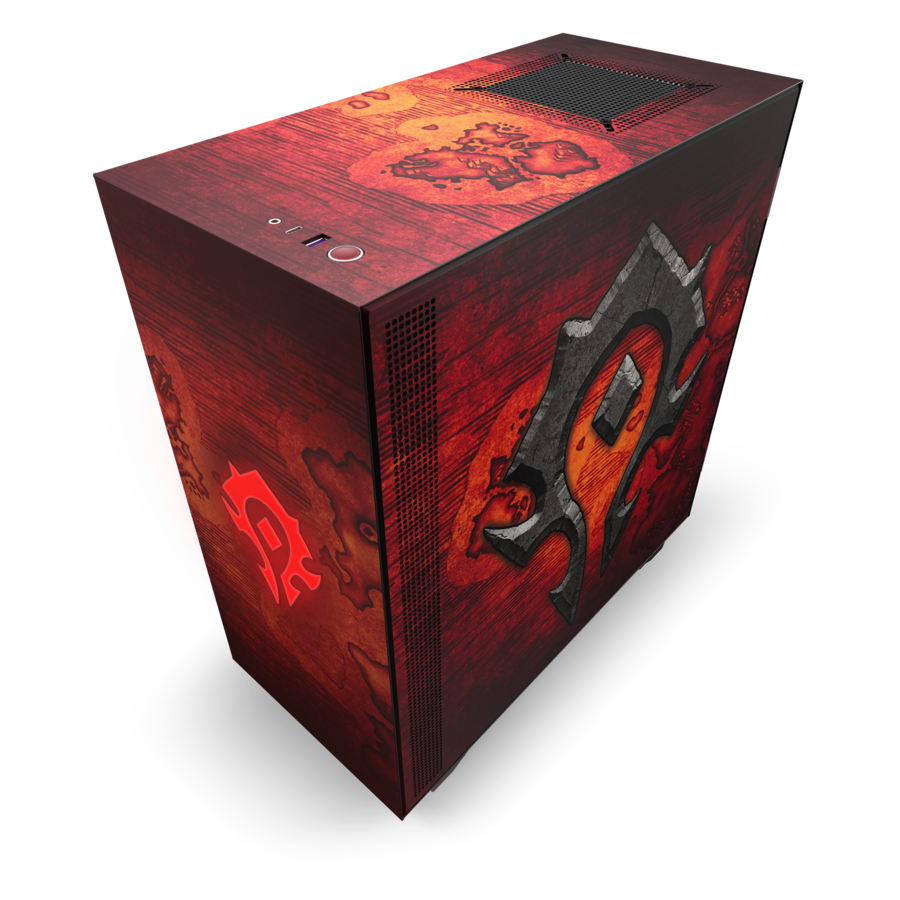 The design of each case varies as the Horde and the Alliance inspire them, but the overall design is fundamentally the same. Having the group's symbol on the side also has a faded map print design. The front panel has the symbol of the group, which does light up in their respective colors.

The price for the original H510 case is just $69.99, while either the Alliance or Horde PC case costs $199.99, which is considerably more expensive when comparing the original price, but this case is perfect for any WoW fanatic that is planning to either build a PC or needs a new case, albeit the higher price tag.