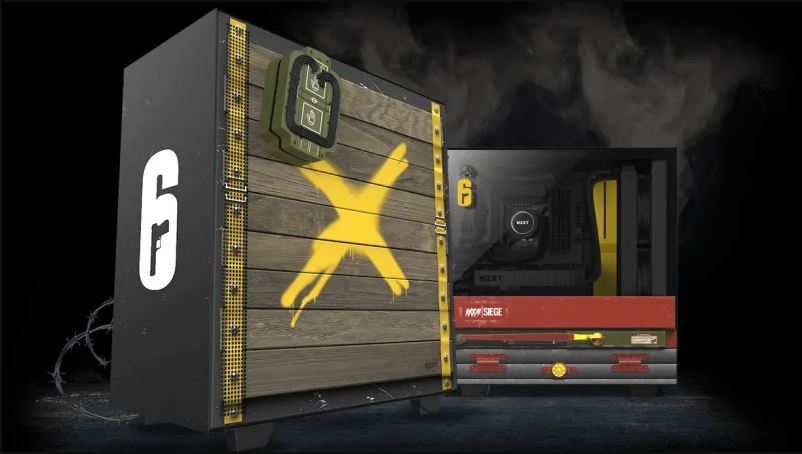 The H510 Siege ATX PC case was created in a collaboration between Ubisoft and NZXT, and this case a limited edition version of the H510 PC case. NZXT is known as a leading developer of hardware and software solutions designed and marketed for gamers, and this is shown extensively through the H510 Siege. 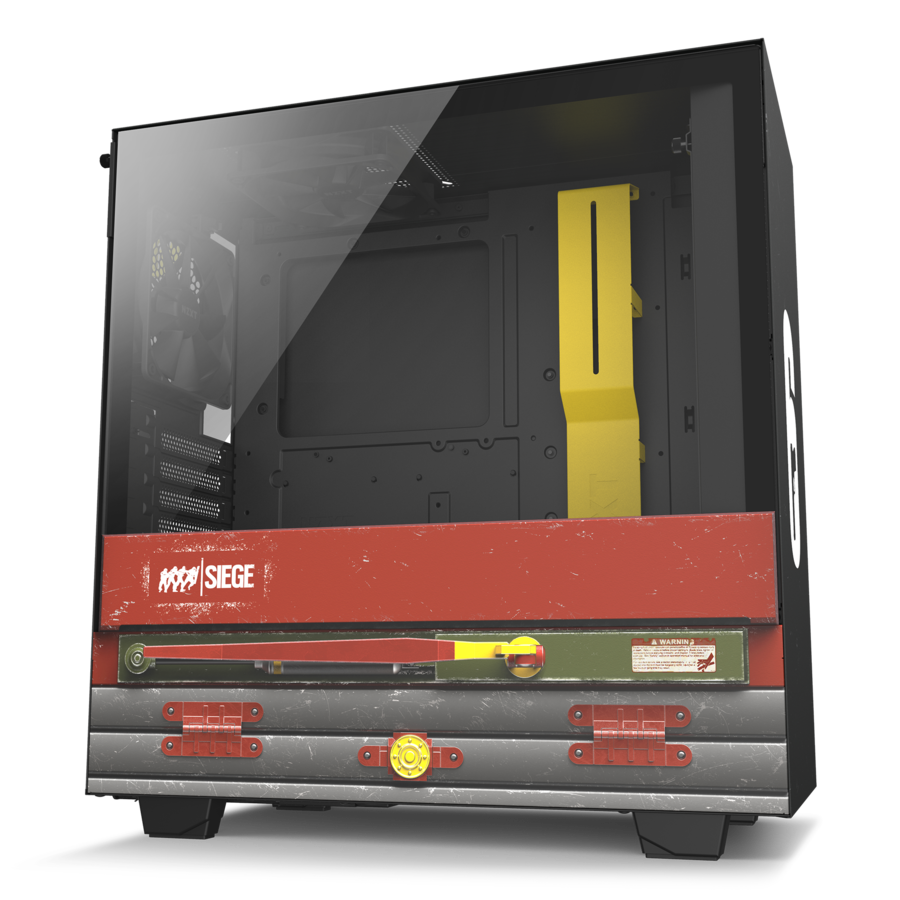 The two items include a '6' icon charm attaches to the tempered glass side panel using a suction cup, this charm is the Rainbow Six Siege logo is made out of metal and is yellow. The second item that comes included in this case is a metal puck designed to look like a breach charge. This puck is perfect for holding up your gaming headset when you aren't using the headset to communicate with your teammates. 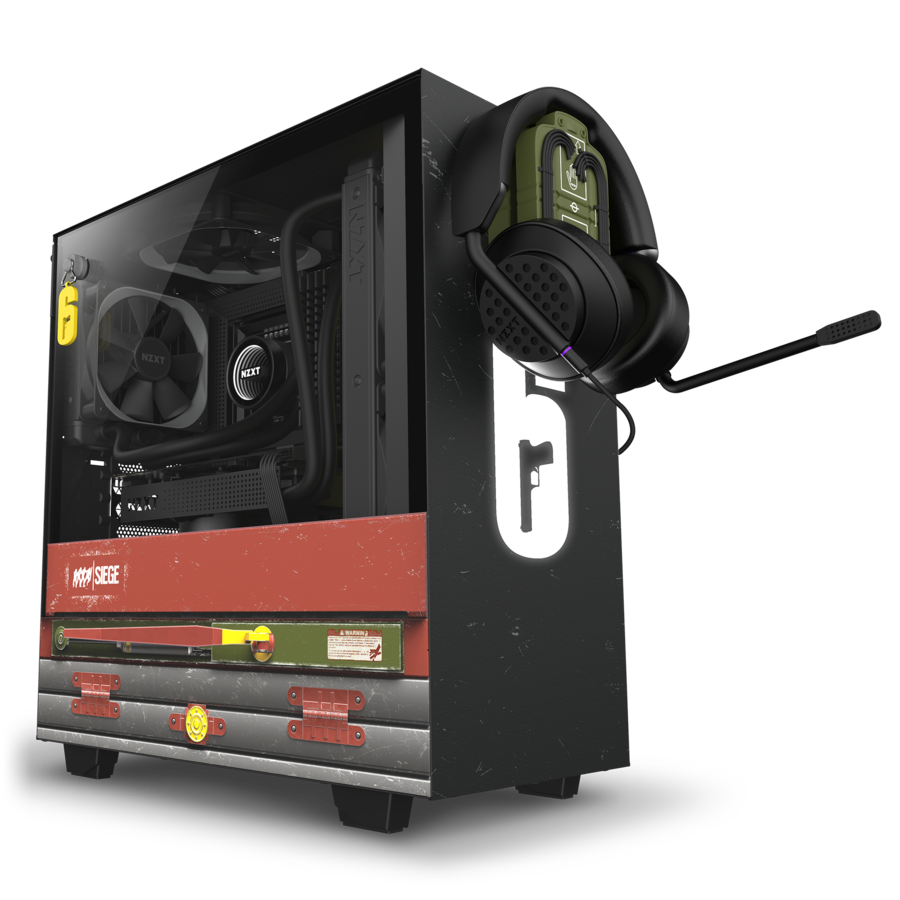 This case has the Rainbow Six Siege logo illuminated on the front of the case, alongside having the tempered glass side panel featuring a design of the reinforcements which are widely used in the game. The other side panel of the case is designed to look like the door barricade.

This case features two Aer F120 mm fans that are included to provide optimal internal airflow, and the front panel and the PSU intakes include removable filters to ensure the inside of your case stays clean. This case also includes a removable bracket that is designed for radiators up to 280 mm makes installing a closed-loop or custom-loop water cooling.

Since this case is a limited edition version of the H510 PC case, NZXT is only doing a limited run of this case. The NZXT H510 Siege is only going to have a total of 500 units, so if you are looking into buying this case, buyers will need to place an order soon.