Last week, NVIDIA announced their latest flagship GeForce GTX 780 Ti graphics card based on the GK110 core architecture. The new GeForce GTX 780 Ti launches in mid of November but aside from the release date, NVIDIA didn't gave out any more information on their upcoming product. 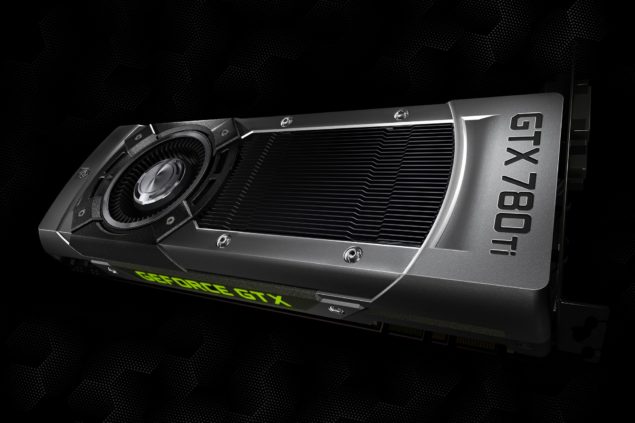 AMD has currently two products based on the Hawaii GPU planned for launch. The Radeon R9 290X 'Hawaii XT' would be launched this week with the Radeon R9 290 'Hawaii Pro' part possibly launching this month or early next month to target the holiday season. From the current benchmarks, we have seen that the Radeon R9 290X is giving the GeForce GTX 780 a hard time and is going to be priced around the same range. But NVIDIA will not stop at just seeing their flagship cards get obliterated by the red team.

The GeForce GTX 780 Ti which is faster than the GeForce GTX 780 would rival the AMD Radeon R9 290X at the $650 price range. It is yet to be seen what specifications the new card holds since most of the GPU-z shots which leaked yesterday were awfully fake. There are still some rumored specifications flying around the web but i will wait till our sources have a concrete word on them. NVIDIA is also planning a price cut for the GeForce GTX 770 which is retailing at $20 cheaper than its $399 launch price probably since the $299 R9 280X is the attraction around that price range. The price cut on the GTX 770 may not be as significant but it would sure make users re-think before selecting a AMD R9 280X graphic card.