Update: Techland has now revised Dying Light's minimum and recommended system specification on the game's Steam page. The new ones are not much scary on the RAM side, but VRAM requirements are still the same. The new system requirements are listed below and we are sharing a screencap that shows the old ones.

Original Story: Techland is wrapping up the production of its upcoming next-gen exclusive action-adventure survival horror video game known as Dying Light, and now that the game is almost ready to hit the local markets next month in 2015, the developer has rolled out its system requirements, revealing what kind of horsepower the PC gamers will need to have to run the upcoming horror title. Horribly enough, the system requirements for Dying Light are insanely high, which means a significant amount of PC players will either have to upgrade their rigs, or just miss out on this horror adventure. 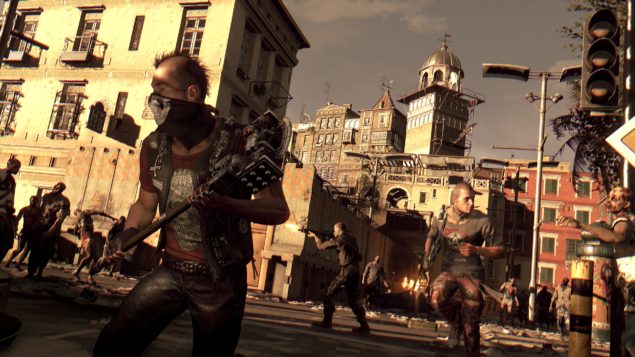 After building quite a good impression in the survival horror video game genre with its horror action role-playing game known as Dead Island that landed back in 2011, Polish video game developer Techland decided to come up with a next-gen only survival horror video game known as Dying Light, which actually looks like a blend of Dead Island and Mirror’s Edge. The upcoming game was even meant to be a sequel to Dead Island, but the developer decided to turn it into an entirely new IP because the game contained many brand new features and felt distinctly unique in a way.

Dying Light has been in the news for quite some time now and Techland has high hopes for it. The developer has started to wrap up the production and just recently, Warner Bros. Interactive, the publisher of the game, rolled out its system requirements via Steam, revealing the hardware that gamers will need to have installed in their rigs. Quite warily, the listed minimum and recommended system requirements are as scary as the game itself. They are insanely high, even higher than those of Assassin’s Creed Unity.

Such high system requirements can stand for two things, either Dying Light is the next Crysis 3, or it is just a very poorly optimized game that is preparing for losing bucks on PC sales because a significant amount of gamers will clearly have to choose between spending more bucks for upgrading their rigs to meet the requirements or just miss out on this horror ride, and second option seems more affordable, in many situations. A Core i5-2500 with 8GB of RAM and a GTX 670 or Radeon HD 7870 are the minimum requirements, while to max it out, it is recommended for your rig to sport a Core i5-45670K with 16GB of RAM and GTX 780 or R9 290. Without further ado, you can check out Dying Light’s system requirements for yourself below.

What do you have to say about Dying Light’s insanely high system requirements? Will you upgrade your rig to play the game? Share your thoughts in the comments sections below.