The latest details about the next-generation GeForce graphics cards come from a Lenovo rep at the E3 2018 booth. The rep was interviewed by TechTuber BrainBean, who asked him around the new Legion desktop PCs. While talking about graphics side updates expected for the Legion PCs, the Lenovo rep replied that users can expect the NVIDIA GeForce 11 series, up to a GeForce GTX 1180, down the road over the GTX 1060 which is found in current Legion desktop PC variants.

The rep also confirmed that the Legion desktop PC graphics update would arrive around Fall 2018 for the one with GTX 1060 so we can expect the GeForce GTX 1080 and GTX 1070 successors, that are presumed to be known as the GeForce GTX 1180 and GeForce GTX 1170, to arrive earlier than that in Summer 2018 which inclines with the rumors and our recent exclusive report that you can check out over here. 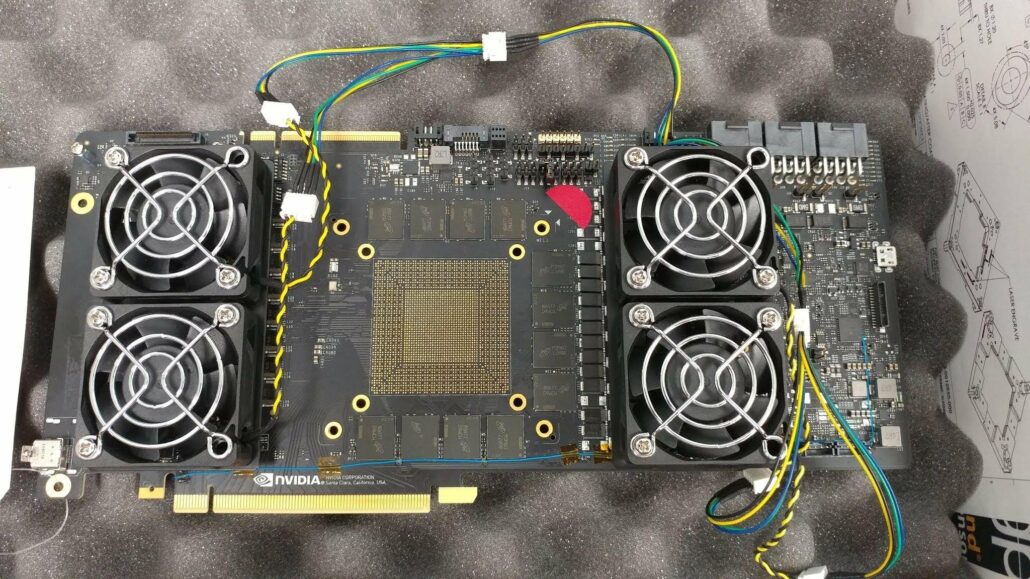 This news also aligns with when we can see major OEM traction for the next-gen NVIDIA GeForce GPUs as Gigabyte had previously revealed that they will are going to upgrade their AORUS note-book lineup at the end of 2018. Furthermore, we have also seen new details starting to emerge regarding the next-generation NVIDIA GeForce graphics cards as a new PCB prototype was just discovered a few days ago, featuring Micron's high-performance GDDR6 memory and a beefy power management system which is required for internal testing for unreleased graphics cards and graphics boards.

With Micron commencing GDDR6 mass production and more hints of NVIDIA's next-generation graphics card popping up everywhere, we can expect NVIDIA to announce a launch event in a few months where they'll be launching their next high-performance gaming graphics cards for 2018.