Exclusive: NVIDIA Next-Generation Graphics Cards Will Be Seeded To AIBs In Early September

Turing remains the most likely architectural name for NVIDIA's next-generation of GPUs.

I have received confirmation that NVIDIA GeForce Add-in-Board partners will be getting shipments of NVIDIA's next-generation graphics cards based on the Turing architecture sometime in Early August (nomenclature is not confirmed at this point, but GeForce GTX 1180 seems like a good bet). This follows a couple of third-party sources that have already indicated a launch in late Q3 2018 but marks the first time we have received independent verification of any progress in NV's roadmap.

What this essentially means is that NVIDIA will almost certainly be launching their GPUs a few weeks around this time frame. Once channel seeding has begun, it is impossible to prevent leaks from happening and considering how much Jensen likes his surprises and the historical precedent the company has set of the utmost secrecy, I have a feeling we will see the company launch around this time frame.

Unfortunately, its not really possible to know for sure and can be anything from a few weeks to a couple of months after seeding has happened.  A launch around September would make Q4'18 the volume quarter for the next generation of GPUs and should allow the company to stay on-track of its graphics roadmap. If the company runs into any hurdles, and considering its a brand new architecture it can happen, then it will see the launch delayed to late Q4'18 (think Nov-Dec), with Q1'19 becoming the volume quarter. 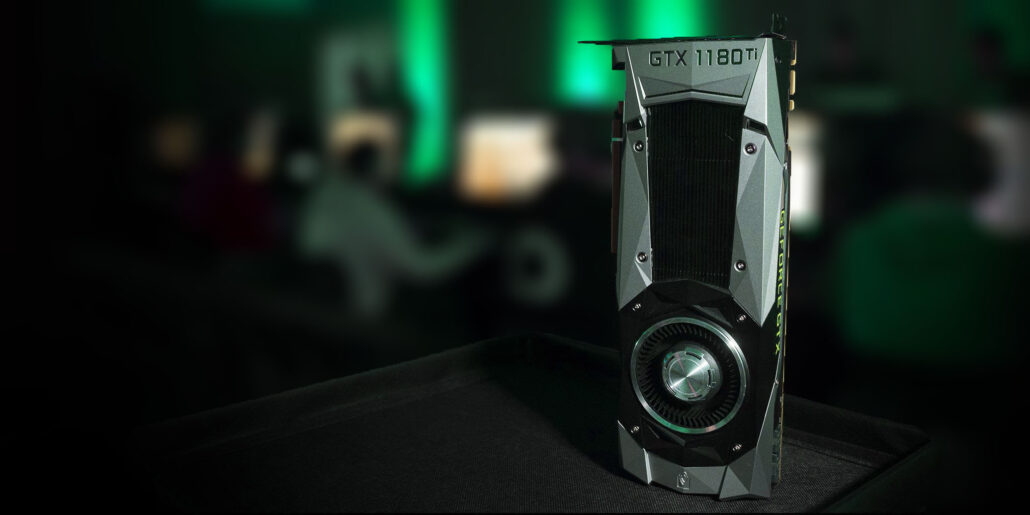 The company has been paying homage to Alan Turing (widely considered the father of modern computer science) on its Twitter account and it is a good bet that the new architecture will be called Turing. As far as the nomenclature goes, we do not have any final word on that, but we did hear whispers about GTX 20XX being too confusing a name and GTX 11XX being the one Jensen decided to go with. If that is the case then the next-generation Turing graphics card from NVIDIA will be called the GeForce GTX 1180.

AIBs will initially be getting a few hundred GPUs each, so supply will be limited at launch

Another interesting thing our source shared with us was that the volume of the initial seeding will be very very limited. In fact, they mentioned that initial shipment will be limited to few hundred chips (on the lower side) and the number could be as low as 150-300 GPUs per AIB initially. Many of these will be consumed for development purposes by the AIB. This isn't particularly surprising since supply is usually pretty bad at most launches and we see retailers like Amazon pumping up the MSRP to cater to the huge demand. In other words, if you manage to snag a GeForce GTX 1180 FE (or whatever NV ends up calling it) at MSRP, consider yourself very lucky.

This also means that we are not going to be seeing supply runs make headway against demand till at least a month after launch - if not more. An interesting development that also happened is TSMC confirming that the company is starting mass production of NVIDIA's 7nm GPUs which could indicate that the Turing architecture (and therefore the GTX 1180) will be based on the 7nm process. This is just speculation on my part and it would mean that supply issues won't go away so soon, but could be a tit for tat response to AMD's 7nm GPU demonstration which put NVIDIA into a historically-awkward place as far as technological leadership goes.

As far as performance goes, we did hear that you can expect double-digit performance increase over the GeForce GTX 1080 Ti and it could reach significant digits if the company manages to work some magic using its drivers.  Oh and remember when NVIDIA's CEO Jensen stated that new GPUs are a long way off? Well, this is how he defines 'a long way off'.