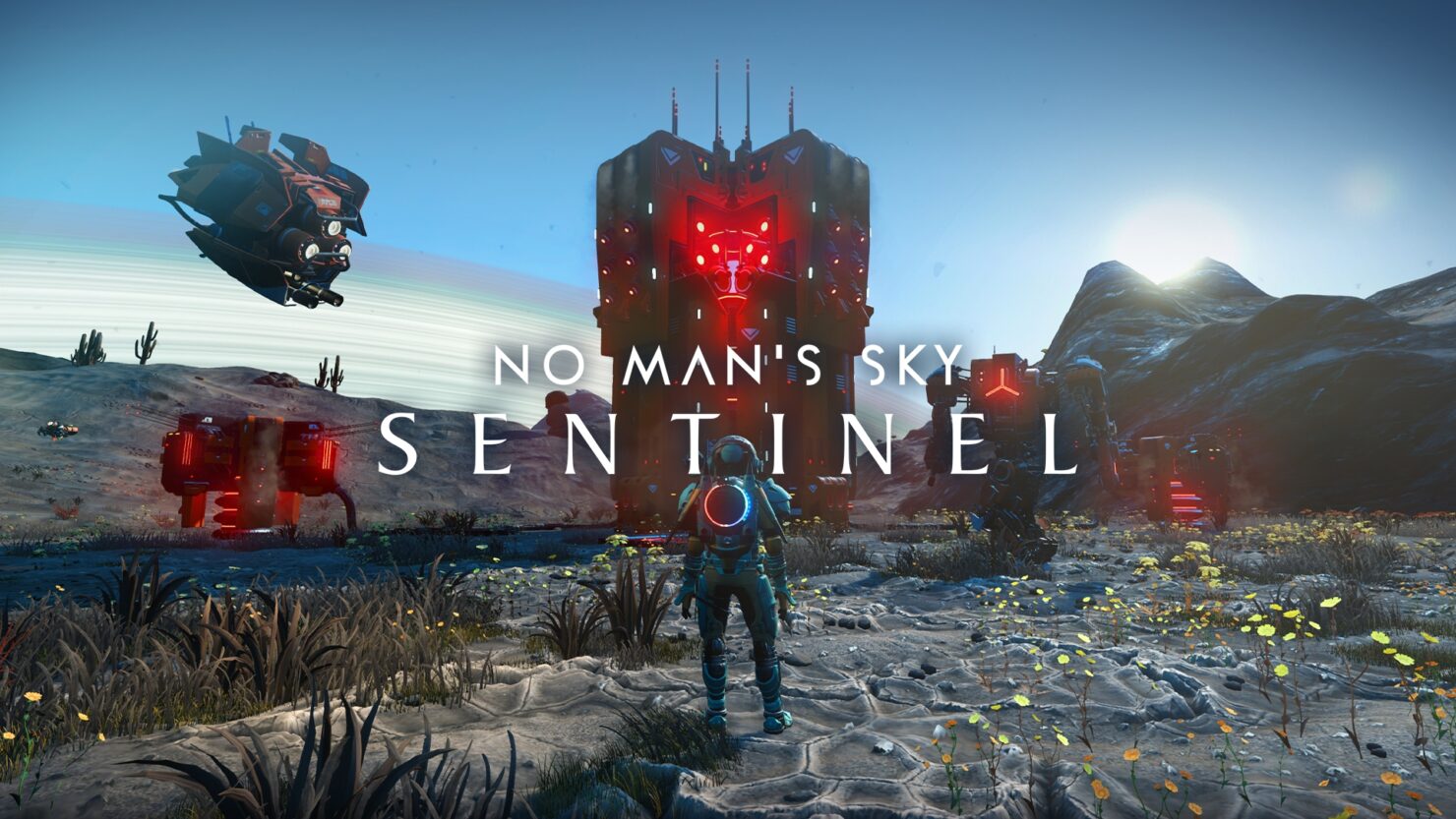 Writing something when a new No Mans Sky update comes along always puts me at the risk of repeating myself. Rather than worrying about such things, I will repeat myself because Hello Games keep giving me a reason to. I can't even make a cup of tea without me returning to the PC to find a new major update for No Mans Sky. From Origins, Companions and Expeditions, to Prisms and Frontiers, I genuinely wonder if this is the most updated game in the industry's history. That's a serious question. Can anybody think of another game with this many free and huge updates? Not including MMO's; subscriptions pay for those updates. Anyway, new update. No Mans Sky Sentinel.

So what does Sentinel bring? Robots. That's what. There are more than robots, of course, and you'll be able to find all of the new features and changes in the patch notes. Still, I'll go through the significant part. No Mans Sky Sentinels features an overhaul in the combat system and the enemies you meet, designed to enhance further the challenge and excitement you get while playing the game.

The titular Sentinels are foes you meet while exploring the galaxy. We've all seen them before, the annoying little drone gits and their bigger siblings. Hello Games state that this is always an area of the game that they've wanted to expand upon, so they have. Sentinels have been given an overhaul, designed to make them more challenging to face, making these ventures more meaningful.

How? There are new Sentinel types to face off against, and the Sentinels have new abilities at their disposal, such as energy shields and a high-powered plasma flamethrower. Of course, making enemies harder isn't fun, not unless you give the player some new boosts. No Mans Sky Sentinels comes with improvements and enhancements for combat. New weapons and upgrades, such as a cloaking device, will help you find your way around battle and increase the tactical opportunities made available to you. You'll even be able to get your own AI friend to help protect you in combat.

Should you want to face off against the Sentinels, and get through them, locations of Sentinel Pillars will also be made known to you. Fighting through the foes will allow you to breach these pillars and be rewarded richly. The new update will bring more than just these physical rewards. Where did the Sentinels come from? You'll be able to find out in new story-focused missions. Completing these will also give you the chance to get your very own friendly drone and give you opportunities to create brand new defences from salvaged parts.

That's the core news in paragraph form, so let's just be simple and copy some bullet points that Hello Games have written down to summarise the update: