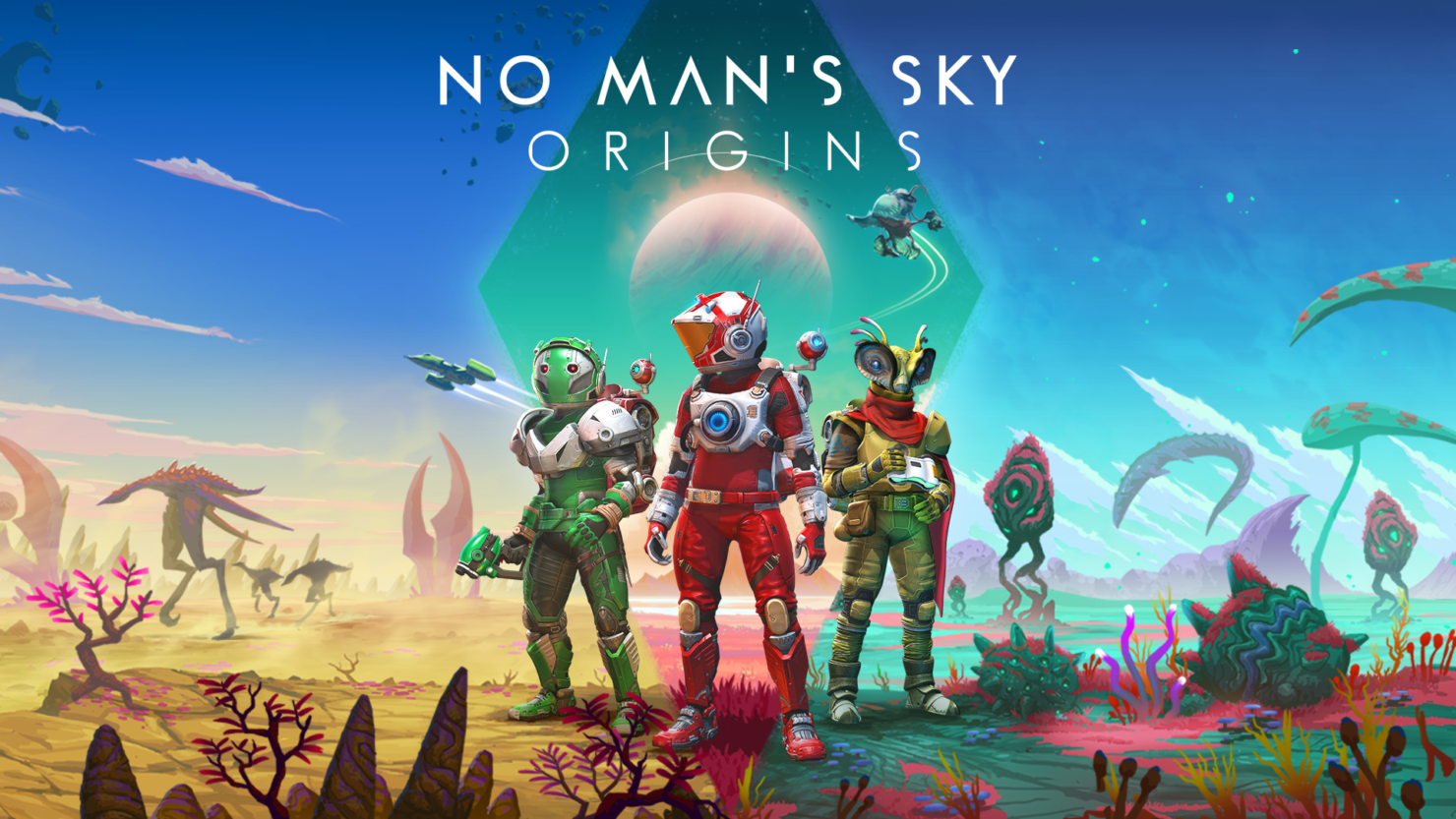 No Man's Sky is a game that, when it first came out, I was underwhelmed by. Like everybody, I was excited about the game, the promises that were made by Sean Murray and Hello Games. This isn't to say it wasn't a technical feat at launch, it's just that promises were made, and enthusiasm got ahead of everybody. Fortunately, Hello Games - intentionally or not - set the standard for live service games with constant updates and releases, making No Man's Sky the outstanding title it is now. Introducing No Man's Sky: Origins, an even bigger step forward.

Put simply, it's stated that No Man's Sky: Origins is said to effectively double the amount of content within the game, adding new planets, biomes, weather systems, flora, and fauna, and so much more. The list is extensive, so let's try and break it down in segments. 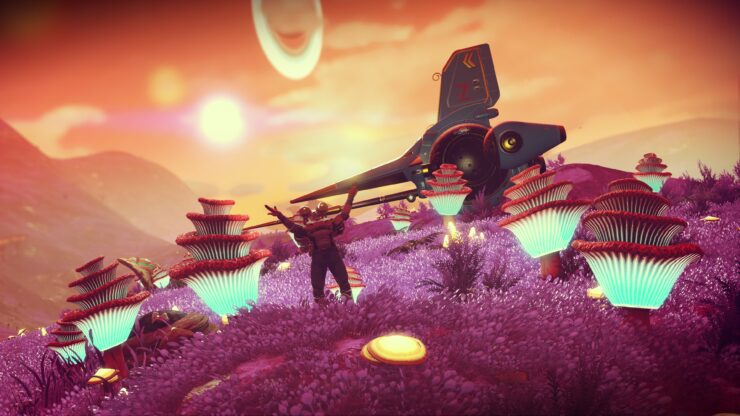 It's all good having new planets, but if they're the same as the old ones, does that really offer much more? Well, this is where the large amount of variety added to No Man’s Sky: Origins comes in. These new worlds can feature a whole new type of vast sweeping vistas, mountains on a scale never seen before in the game.

Adding to the new topography of these worlds comes new cloud and weather variety. The game has a reported significant improvement on cloud rendering quality and, in a way to add to the immersion of the game, cloud coverage and colour can vary over time and also be seen from space, matching what you would see from the surface of the planet.

All of this is enhanced by the aptly named enhanced terrain rendering system within the update, designed to make more visually pleasing terrain for you to explore. Furthermore, to really make it pop out, there is an increased palette of colours used for planet generation and those able to play on ultra-settings will find increased detail of grass, and other flora, at a distance.

In keeping with the theme of the weather, planets will also find themselves subject to tornadoes and lighting, which are certainly hazardous if you end up in the middle or struck by either. Certain extreme planets may also find themselves subject to firestorms and things can really get hot when planets feature active volcanoes. Either way, we're looking at some dangerous weather on the surface of these planets, and that's if you're in a part of the surface not getting slammed by a meteor.

Yes, you heard me. Meteors. You may be fortunate to see meteor showers flying through the sky, or maybe a solitary one just drifting by. If you're truly unlucky, however, one may come crashing into the planet’s surface, right where you stand. Though you may be fortunate and have the ability to fly away because some planets now feature gravitational shifts, which could just give you the time you need to avoid any impact.

Whichever weather condition you look at, the game will now let you take advantage of it. You'll be able to mine for longer in a blizzard, the weather cooling down your mining beam. The exosuit will process the gas in toxic storms to allow you to sprint for longer and A superheated atmosphere will let you fly for longer with your jetpack. Finally, during times of high radioactivity, you'll be able to mine additional substances.

In the Search of New Life 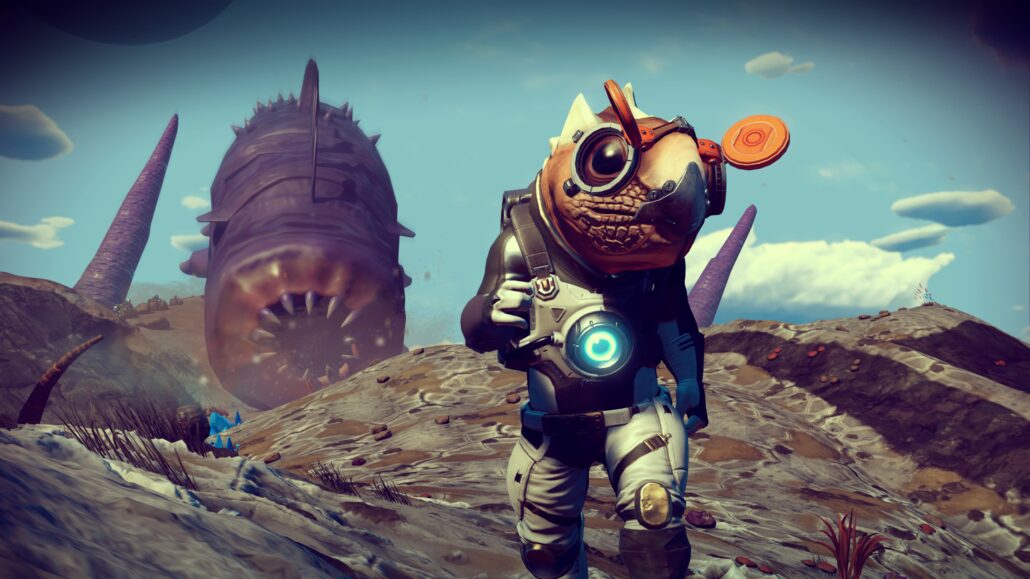 So, we already know the game is teeming with life, but No Man's Sky: Origins is looking to expand on this in style. Every planet is said to be more diverse, with a huge range of new flora and curiosities, each offering new combinations. You may find some of this new flora in a brand-new marsh biome, where particularly wet areas have formed into swamps or marshes, thick with mist and fungal growths.

This flora is joined by a host of new fauna. Giant beetles can be found, as well as huge butterflies that you'll see interacting with the plant life within their world. These will be joined by a host of new alien wildlife that can be found roaming their worlds, travelling the land in new ways like rolling across it or burrowing underground. All of these are ready for you to make them into your next meal.

However, as you may have seen from an earlier picture, not all of them will be that easy. Giant sandworms can be found under the surface of certain planets and if anybody will be eaten in this situation, it'll be you. You'll want to be careful throughout because all animal wildlife behaviour has been improved. Animals will group up more, with flocking and herd behaviour increased. They will also be more daring, flying creatures coming closer to the surface. 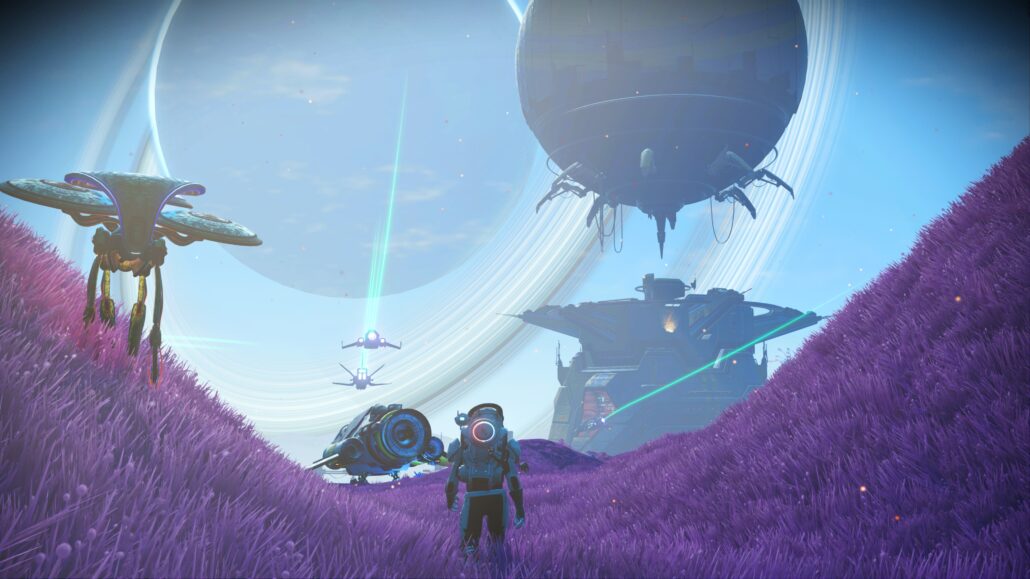 New life won't always come in the form you expect either. Some planets will simply be dangerous to visit completely, with infestations of anomalous lifeforms or vegetative growths will have spread with abandon and you should be incredibly careful when exploring these planets. Fortunately, not all life will be hostile, with some artificial lifeforms being found wandering wild across some planets.

Of course, there are areas of life that you can visit in No Man's Sky: Origins. New massive buildings will have risen on planets, teeming with alien life. These archive buildings will point you towards data, treasure and even long-forgotten ruins. Sometimes these ruins will be the remnants of life, abandoned and ancient settlements can be discovered on dead or anomalous planets.

There's so much more than can be talked about, such as user interface and menu improvements, new NPC's and a host of new items and crafting opportunities. Adding onto this an improvement to the lighting of the game, improvements to the photo mode and of course the stories that you will encounter in No Man's Sky: Origins. I could probably go on forever, but I honestly want to explore it myself. 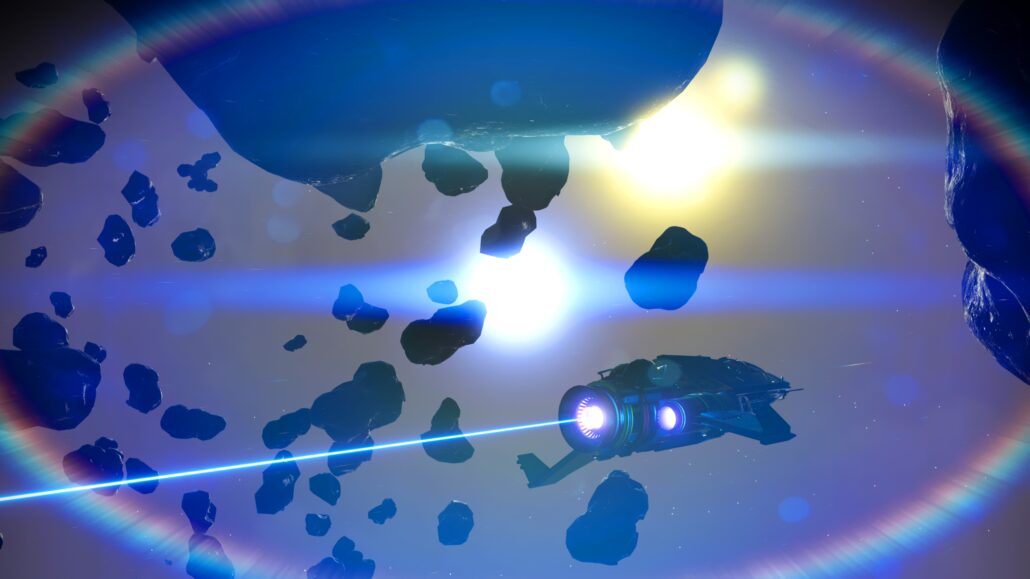 To that point, I'm going to leave you with a link to the patch notes, which you can find right here. On top of that, there is a brand new trailer highlighting some of the new things you'll encounter when exploring what is undeniably the best live service game ever made, not only because it's fulfilling the purpose of a live service title but because it genuinely has become an outstanding title. The new Origins update is likely going to push that boundary even further.