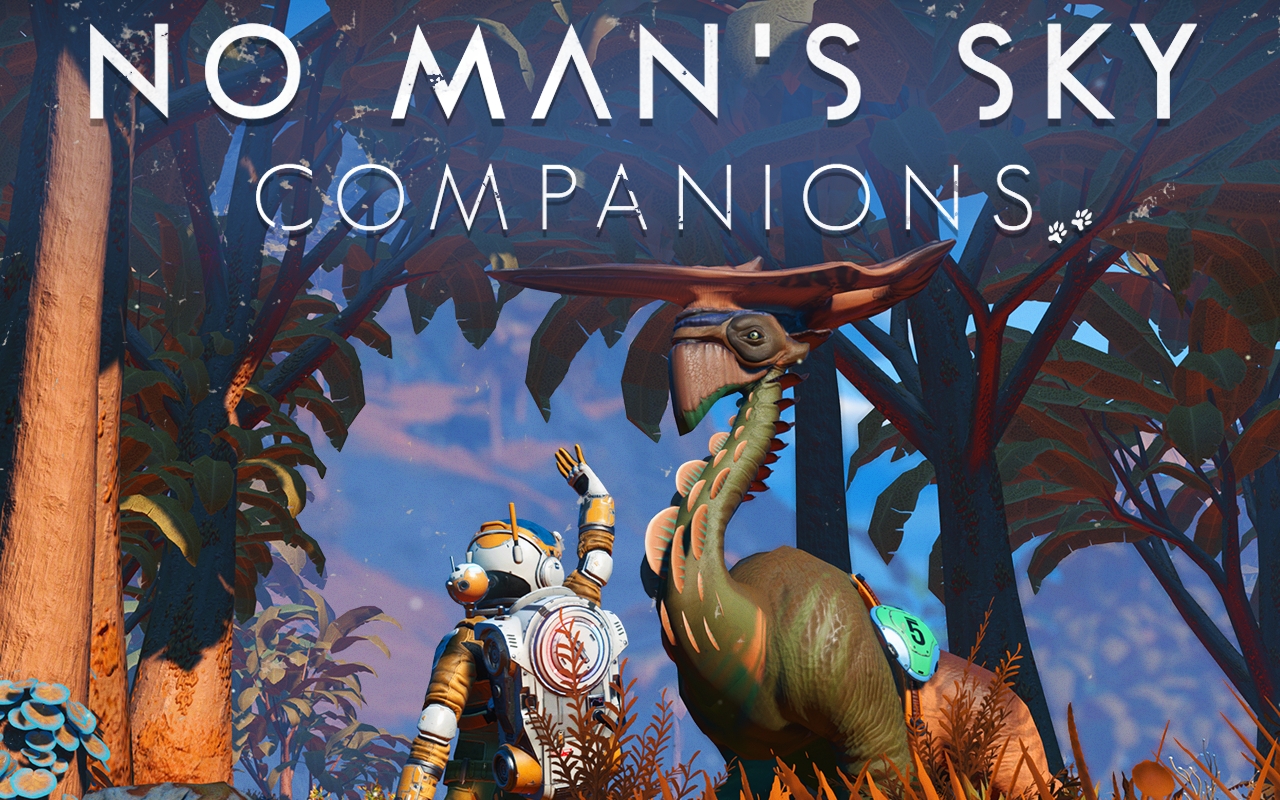 No Man's Sky. One of the only games where it's possible to say the words "Games as a service works". It isn't a game that has constantly milked its audience. If you bought it upon release, as I did, then from a game that almost undeniably disappointed you, now you have a game that has undergone a major transformation, not unlike that of a caterpillar to a butterfly. This has been very visible with expansions like No Man's Sky: Origins and many earlier updates.

2021 is actually the fifth anniversary of No Man's Sky, and Hello Games don't intend for 2021 to be a quiet year. To start the game's updates off, you're going to find yourself in a world of aliens that you can now adopt and have them become your companions, ridable mounts and an instrumental part of your team while exploring the galaxy.

As you form a bond with an adopted companion, there are multiple options made available to you. While they travel by your side, you'll have the chance to train them to scan for resources, find and mark out any hazards while also providing light and visibility in darker areas. They will also be able to hunt dangerous fauna, find settlements, and aid you by finding and excavating buried treasure, even having the ability to mine for materials through their own shoulder-mounted mining lasers.

If it wasn't enough that your companion can essentially do everything for you, you lazy git, then your companion will also lay eggs if properly nurtured. These eggs can be collected and incubated, letting you watch as the new-borns hatch and then grow, as you nurture these as you did the parent.

This is, of course, space and all futuristic. It's not quite the same as trying to breed a shiny in Pokémon, performing a lot of trial and error in laying ever-larger quantities of eggs. No, here you have the option to use an Egg Sequencer to genetically modify the eggs into varying species. While this itself may be trial and error, likely making CRISPR look like child's play, you have the chance of breeding rare and noteworthy creatures that could be highly sought after by others travelling this now huge, expansive, universe.

Naturally, you're going to want to have your own, favoured companion, and have them stand out from the rest while travelling the universe of No Man's Sky.  As such, there is a wide range of customisation options to allow you to give your companion that unique look and add to its already unique personality.

At least that's what the game claims. To be precise, it's said that creature personalities are defined by their species and the ecosystem they live in, much as you would find with any creature in the real world. No two creatures are alike, and personalities are said to develop further as you deepen your bond with your companion. You can deepen this bond through exploring with this companion, playing with it, petting it and feeding it. As this personality develops, your companion will react differently when encountering other people's companions - becoming playful, frightened or even aggressive, depending on the circumstances.

As for how you communicate with your companion, each one is equipped with a neural harness connected directly to your Exosuit. You'll be able to see your companion's inner-most thoughts as they are translated to your communication channels, allowing you to see this ever-deepening and ever-growing connection. You can see the companions of No Man's Sky in action in the trailer below:

In addition to the companions' expansion, this update to No Man's Sky comes with additional improvements, such as improved load and warp times for the PlayStation 4 version. The full patch notes can be found here.