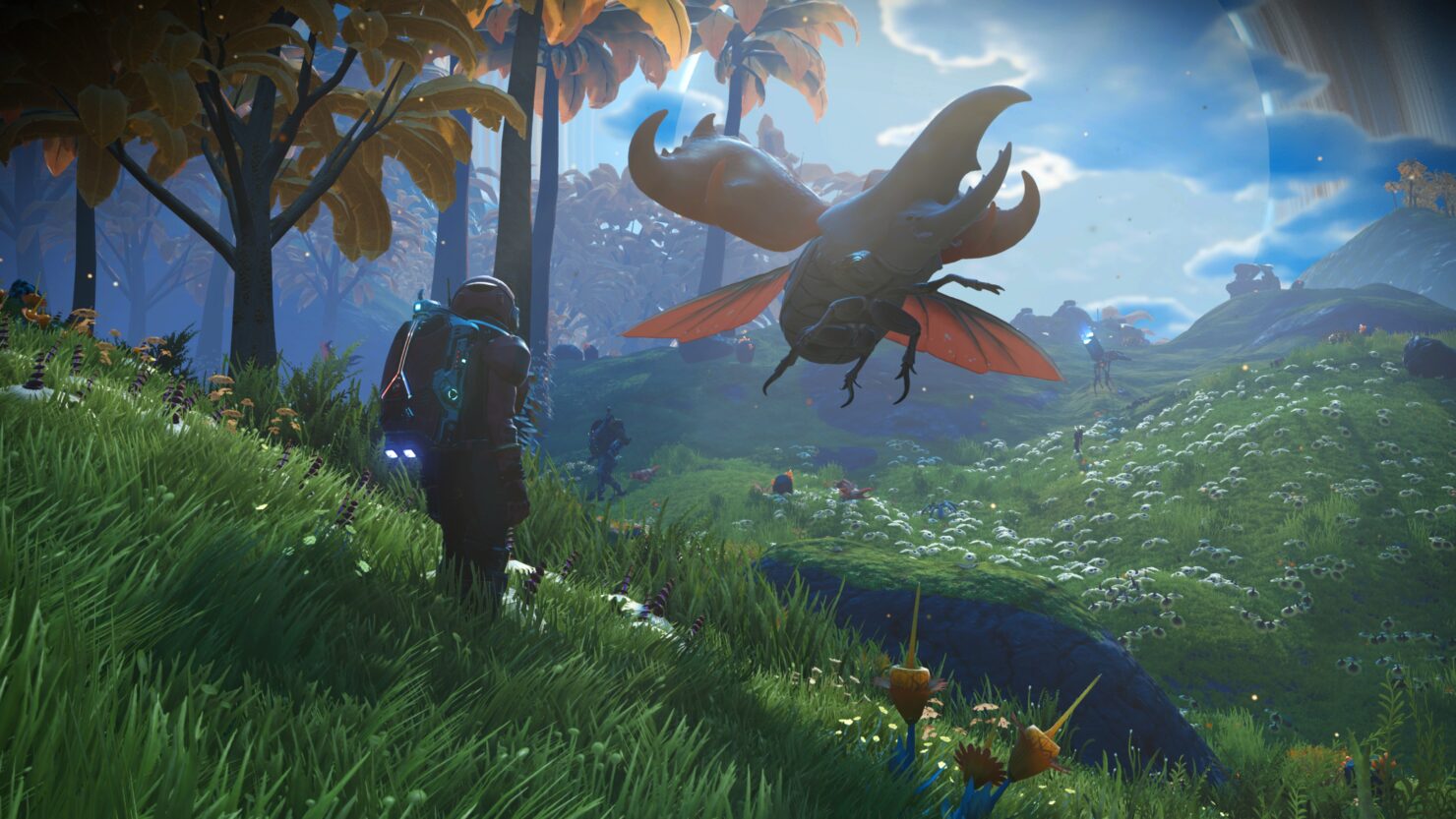 Hello Games revealed today that a No Man's Sky Next-Gen update is under preparation and will be released on the respective launch days for Sony's PlayStation 5 and Microsoft's Xbox Series S/X next month. While this year was already full of surprises for No Man's Sky fans (Living Ships, Exo Mech, Desolation, Cross-Play, Game Pass, and Origins), the developers are calling this their biggest undertaking yet.

First of all, existing customers on PlayStation 4 and Xbox One will be able to upgrade to No Man's Sky Next-Gen for free as well as retain their existing progress through saves.

Secondly, on the technical front, this update will enable 4K@60FPS visuals on the PlayStation 5 and Xbox Series X. Sony's console will also enjoy exclusive support for features such as the DualSense controller's haptics, the Tempest 3D AudioTech, and of course support for the PlayStation VR version of the game through backward compatibility. Lastly, users playing on next-gen consoles and PC will now get to explore 'fuller worlds' that are more densely populated and detailed.

Below you'll find a gallery of screenshots, a series of highlighted features, and the brand new No Man's Sky Next-Gen debut trailer. For the full update patch notes, head to the official website.

Next generation hardware allows No Man’s Sky’s procedural generation to create lusher, richer and more densely populated universes than ever before. Planet surfaces are even more detailed,  with thousands more rocks, alien grasses, and exotic flora on screen at any time. Also available to PC players.

For the first time on console, up to 32 players can join forces to build, survive, fight and explore the galaxy together.

On next-generation consoles players can experience the universe in pin-sharp detail at higher framerates.

Players can now work together to build huge off-world colonies, with the ability to construct and render far more vast and complex bases on screen.

Explore the universe instantly with 5-10x reduction in loading times. On next-gen consoles, you can warp from solar system to solar system in an instant.

Next-generation explorers will be able to join together with other adventurers on all other platforms, including previous generations.

Not only will previous owners of No Man’s Sky on current-generation consoles be able to upgrade their game to next-generation for free when the new machines launch in their territory, but their progress can be carried across to their new console.

Just another step on the evolution of the best-selling title, No Man's Sky Next Generation will come preloaded with the previous four years of huge upgrades from day one. Join in the journey at our most important moment yet.

From the satisfying feeling of firing your boltcaster, to the gentle nudge of a building part slotting into place in a space habitat or the firm click of the trigger in your interstellar ship - haptic controls allow players to feel immersed in an alien world as never before.

Immersion has always been a pillar of No Man's Sky. Thanks to PlayStation 5’s Tempest 3D AudioTech, players will be able to soak in the ambience of an alien planet, or feel a ship fly overhead like never before.

No Man’s Sky is fully playable in PS VR on PlayStation 5 by virtue of the backwards compatibility functionality.