Apple shook up its iPad release cycle late last year when it unexpectedly announced the fourth generation iPad, merely seven months after it had announced the third generation iPad in March. Last year it was rumored that the fourth generation tablet will come out in March 2013, but it was released in the last quarter of 2012. This unexpected development left many wondering if Apple was moving away from its traditional release cycle. In the first couple of months this year, rumors about a next generation iPad 2013 being released in March were making the rounds. We're now in April and there has been no announcement of a new tablet from the Cupertino based outfit, which begs the question, when exactly is Apple planning to release its new iPad(s)? 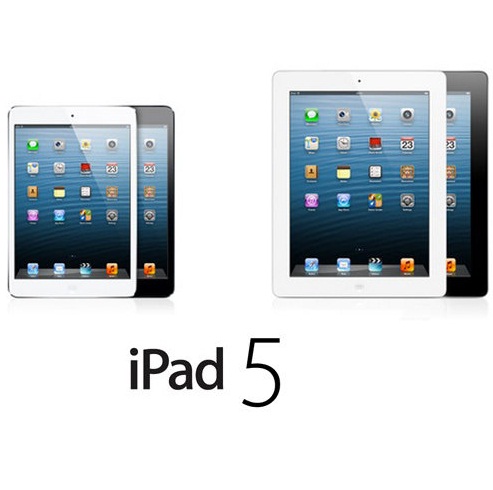 I reported some six months ago, precisely two days after the launch of iPad 4, that Apple might release another iPad in the first few months of 2013. This was supposedly going to be the fifth generation iPad, which would come with substantial internal hardware as well as design changes. Since then there have been many rumors and reports but so far, no next generation iPad 2013 launch. The perception about this upcoming Apple tablet has changed since then, now there are a number of reports that suggest what exactly the company has in store for us.

So now lets take a look at all of the rumors out there, and try to make sense of it all. Apple has not commented on any of these third party reports since the company's official standing on this matter is that it does not comment on rumors. The company was famous for running a tight ship but in the past couple of years we've seen more and more details being leaked about future devices.

One of the biggest changes expected in next generation iPad 2013 is design. Since iPad 2 the design of Apple's signature tablet has almost always been the same. This time around, the upcoming iPad is said to have a design similar to that of iPad mini, which was also released late last year. Apart from that, iPad 5 is expected to be lighter and radically thinner than its predecessors. It'll retain its 9.7 inch screen size, that's for sure.

Details on the hardware specifications are a bit scarce as of now. The next iPad will reportedly be powered by a quadcore processor with at least 2GB of RAM, this would give the tablet enough power to be a fantastic portable gaming and media device, whilst being blazing fast in conventional tablet functions. There's bound to be an 8 megapixel camera on the back and a 2 megapixel front facing camera. It'll definitely be 4G LTE compatible.

The software that next generation iPad 2013 will run on really depends on when it is actually released. If the release takes place before Apple's Worldwide Developers Conference, it will be running the latest iteration of iOS 6. If it is released a couple of months after the conference, we can definitely expect it to run iOS 7, as the latest software will be well out of beta mode by then.

There's no concrete release timeframe as of now. According to a recent report, the release might have been pushed back a couple of months as Apple was having manufacturing issues that were delaying production. Several analyst estimates peg the release date some time in the summer, while some believe Apple will hold off until the holiday season to cash in on the shopping boom. The latter might not seem so probable, perhaps the tablet will be released in the July-August period.

That's not all though, when we talk about the next generation iPad 2013, we have to take in to consideration the iPad mini as well. Rumor has it that it too will be refreshed this year. While the design is largely expected to stay the same, Apple is said to be considering Retina Display panels, which in turn are hampering the speed of their manufacturing process. That's all there is to know about the iPad scenario as of now, we'll keep you in the loop as more information comes in.