The public can now finally download iOS 6.1.3 firmware for iPhone, iPad and iPod touch. A host of betas were released, and previous incremental updates such as iOS 6.1.1 and iOS 6.1.2 foxed some of the bugs that users were irked by after iOS 6.1 release. Nevertheless iOS 6.1.3 is also an incremental update, there are a handful of bug fixes, stability and performance improvements and minute updates. 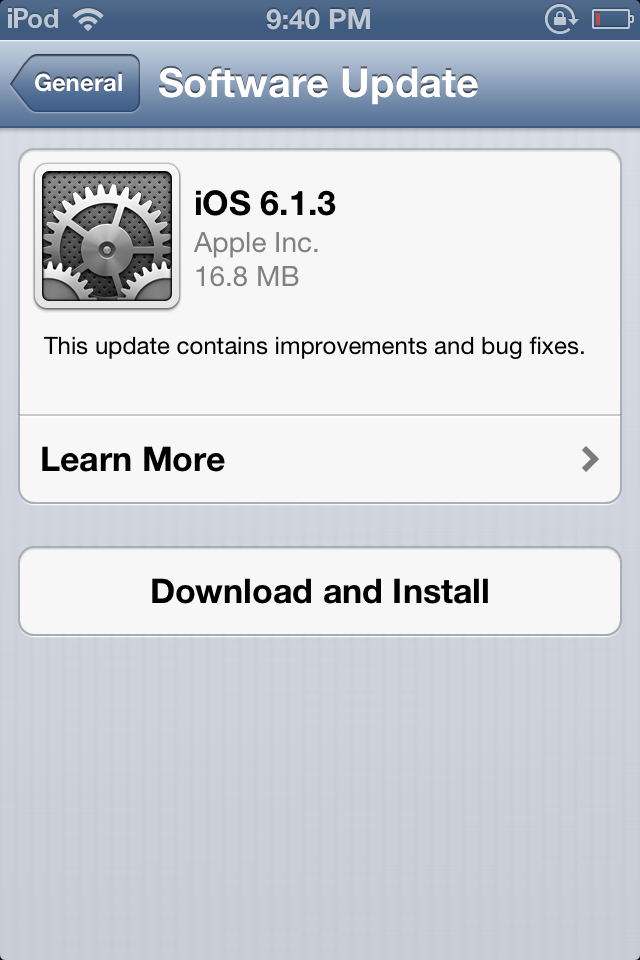 One update that needs to be talked about is the Maps update for Japan. Despite all of the criticism that Apple has had to deal with due to its home grown Maps application, it didn't even offer some of the very basic features to users in Japan. That changes after Japanese users download iOS 6.1.3 firmware on their iOS devices. Apart from inclusion of turn by turn navigation, the Maps app now suggest routes that favor highways. A host of 3D landmarks have also been added.

Various security bugs have also been fixed in iOS 6.1.3, including the infamous lock screen one which allowed unwanted access. As far as the iOS 6.1.3 jailbreak is concerned, it has already been reported that Evasi0n exploits have been patched. So if you want to retain the jailbreak on your iOS device, you're advised not to download iOS 6.1.3 firmware on your device.

There are two ways through which you can download iOS 6.1.3 firmware for you device. You can use the direct links given above and manually update using iTunes 11, or you can update over-the-air straight from your device. The OTA package is just shy of 17MB.

Is GameStop Worth More Than MetaMask and OpenSea Combined?