iPad mini 2 Expected To Have A Much Better Display

The world is still coming to terms with iPad mini release and the rumor mill is already obsessed with iPad mini 2. There is absolutely no doubt that in less than a year Apple will be releasing a refreshed version of its mini tablet, but at this point in time its details are vague. Which means that almost every other day we are going to be treated to lots and lots of iPad mini 2 rumors.

Today's iPad mini 2 rumor comes from the infamous DigiTimes publication, which has an unruly track record when it comes to rumors regarding Apple products. The publication claims that Apple's next generation iPad mini will tout a display with much better resolution than the current one. Come to think of it, isn't that evident as it is? 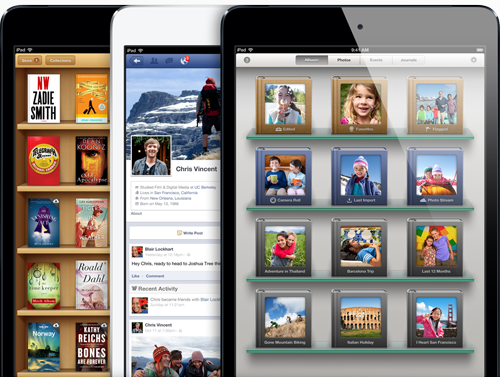 The iPad mini at this point in time is essentially an iPad 2 with a smaller display. The resolution of said display is exactly the same as that of iPad 2. Even the chip inside is exactly the same. Ask any reasonable person what they think Apple will introduce in iPad 2 and the first thought immediately goes towards the display.

This particular DigiTimes report does not say whether Apple intends on installing a Retina Display in iPad mini 2. If they do, that would undoubtedly be amazing. Installing a Retina Display is easier said than done, changes would have to be made internally which are likely to increase the thickness as well as the weight of the device. How the company intends on working around that remains to be seen. Even if it is not a Retina Display, rumor has it that the next generation iPad mini will have a display touting a resolution of 2048×1356.

As far as the iPad mini 2 release date is confirmed, there have been no rumors on it as yet. If Apple is expected to keep up with its traditional year long release cycles, then we will be treated to a new iPad mini around the same time it was released this year. Stay tuned for more on the iPad mini 2. This certainly isn't the last we're going to hear of it.