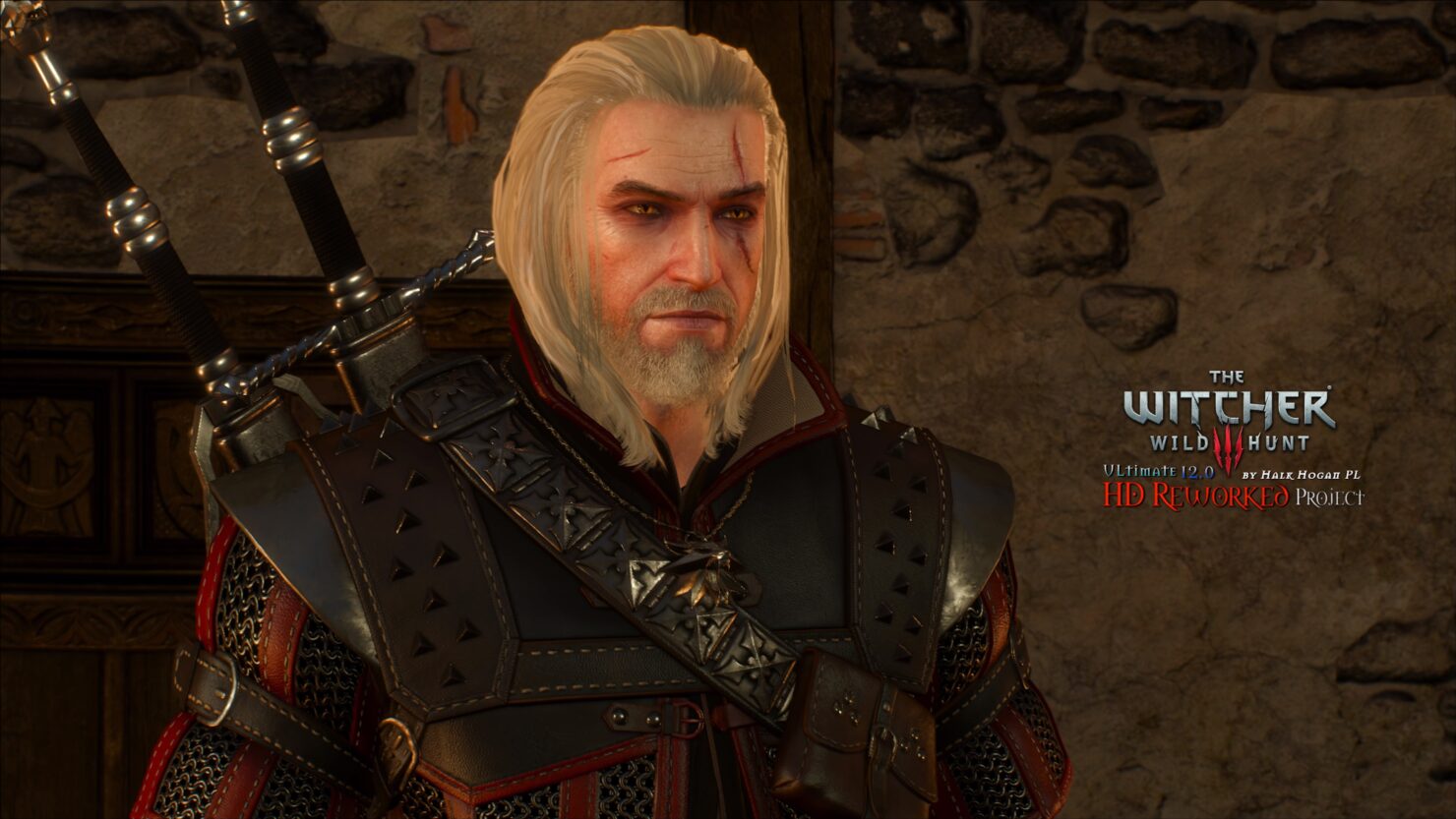 Modder HalkHoganPL uploaded a new video showcasing his The Witcher 3 HD Reworked Project 12.0 Ultimate texture overhaul mod. Whereas the previous video focused on the overhauled NPC textures, this one is more of a general preview that demonstrates vastly improved textures throughout all of the game.

All screenshots (before and after) are captured in 4K resolution on Ultra settings with Halk Ultra HD configuration. Everything is still work in progress, so it may look slightly different at the release.

There's no telling exactly when it will be released, but it shouldn't be too far off given the amount of previews shared by the creator in a short time. When the new version is out, you'll find it on Nexus Mods; if you want to support HalkHoganPL for his outstanding work, you may donate through this Patreon page.

- very high quality detailed textures with great sharpness and performance, without any unnecessary VRAM losses (no unnecessary big textures for small stuff)
- very high quality accurate normal maps, a lot of them is baked from high poly meshes, these normals combined with detail normalmaps giving amazing look with almost any performance hit!
- high quality meshes with a lot of details, a lot of them are created from scratch, good optimization is preserved
- better objects LODs ( Level of Detail), rendering distance of some objects are slightly increased
- specially customized materials for all reworked stuff
- everything consistent with the original CDPR artistic vision