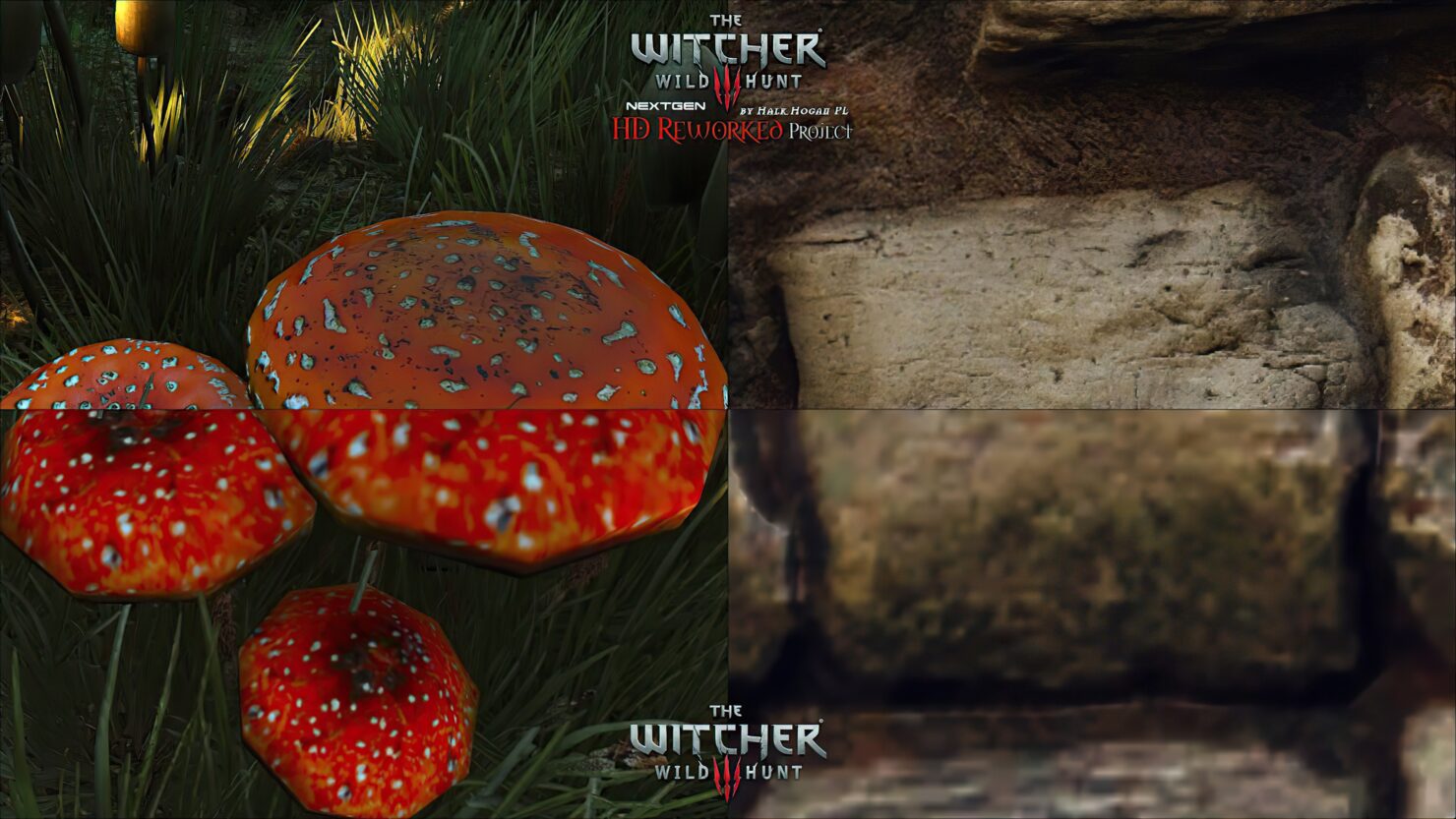 This past Saturday, modder HalkHogan released a new Texture Quality preview video for his highly anticipated The Witcher 3 HD Reworked Project NextGen mod. You can watch the video at stunning 4K resolution below; unfortunately, there's no news attached to the new showcase.

The announcement of The Witcher 3 HD Reworked Project NextGen came almost a year ago. At the time, HalkHogan also teased a possible cooperation with game developer CD Projekt RED on the upcoming The Witcher 3 Next-Gen release.

This partnership was practically confirmed a few months later, when HalkHogan revealed to have heard back from CDPR, adding that it was almost certain his The Witcher 3 HD Reworked Project NextGen mod would be included in The Witcher 3 Next-Gen. Shortly afterward, CD Projekt RED shared the following comment:

In addition to our own development efforts on the upcoming next-gen version of The Witcher 3: Wild Hunt for Xbox Series X|S, PlayStation 5 and PC, we are also in talks with creators of various mods for the 2015 release of the game.

As of this time, however, we do not have any binding agreements with any such party.

The Witcher 3 Next-Gen, as you already know if you're a regular Wccftech reader, was delayed to the second half of 2022, as CD Projekt RED is focusing first on Cyberpunk 2077 Next-Gen. Additionally, a couple of weeks ago, company president and CEO Adam Kiciński explained why the enhanced version of the game needed a bit more time.