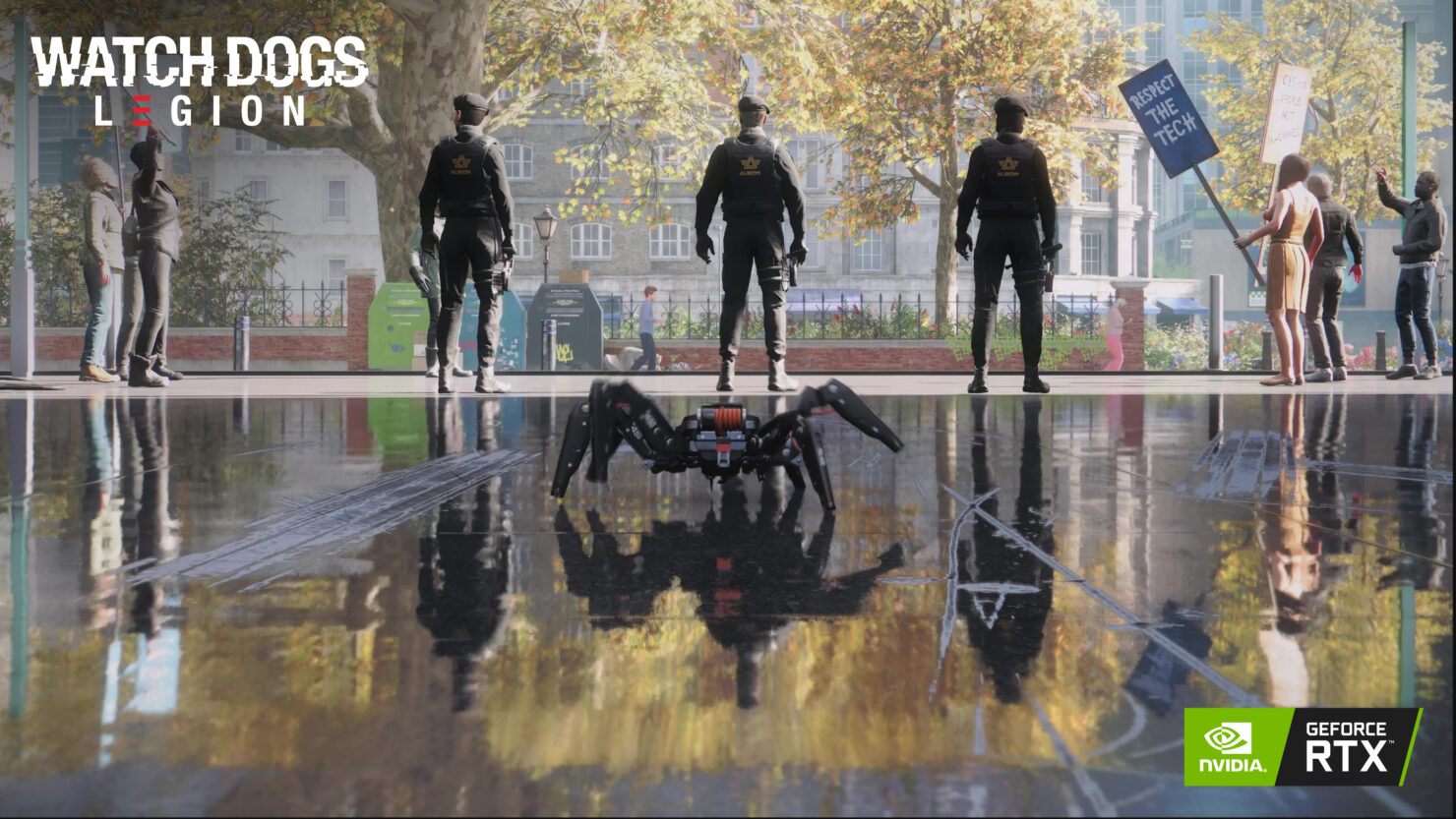 NVIDIA has released a couple of brand-new 4K Watch Dogs Legion Ray Tracing screenshots to show off the eye-candy.

In a similar fashion as last week's Cyberpunk 2077 RTX Ray Tracing screenshots, the new RTX Watch Dogs Legion images were released by the Green Team through Twitter some hours ago. Check out the impressive-looking new Legion screenshots down below, showing off the game's reflections using NVIDIA's realistic lighting simulation technology.

Watch Dogs Legion releases on October 29 for PC, Stadia, PlayStation 4, and Xbox One. The title is also coming to PS5 and the next-gen Xbox consoles. Ubisoft has promised that owners of the current-gen console versions will be able to upgrade their game to the next-gen versions for free as soon as they become available. Owners of the physical edition of the game will have to insert the disc into the next-gen console when playing.

"We are happy to share that physical and digital copies of Watch Dogs: Legion, Assassin’s Creed Valhalla, and Far Cry 6 are eligible to be upgraded from current generation to next-generation consoles at no additional cost", Ubisoft writes on its support page.