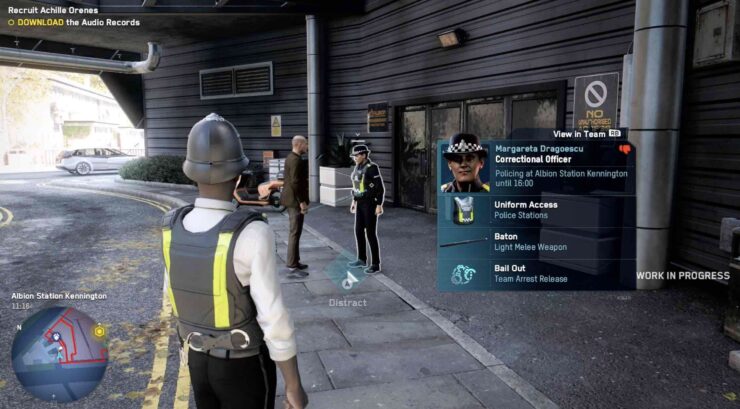 A couple of new Watch Dogs Legion screenshots have surfaced online ahead of Ubisoft’s digital showcase this weekend.

Based on the leaked screenshots, we can only say the game looks rather rough. Of course, we don’t know whether these shots are from a recent or an older build of the game. Check out the screens for yourself down below:

This isn’t the first Ubisoft leak this week – over the weekend some gameplay footage of the upcoming Assassin’s Creed Valhalla found its way to YouTube.

Ubisoft will likely release new information about Legion alongside a new trailer during its 'E3-like' digital showcase this Sunday during its UbiForward showcase.

Watch Dogs Legion is slated for a release later this year on PC, Stadia, PS4/PS5, Xbox One and Xbox Series X. Legion was officially announced during last year's E3 event.

Every character also has unique gameplay traits, based on their profile. Once they join the team, players choose their class, level them up, and unlock new abilities and upgrades. They can easily swap between them and approach the challenges of the game the way they want using hacking and drones, stealth, melee or combat, lethal or non-lethal.

In Watch Dogs Legion, the players' choices have real consequences. If non-lethal force is used, the enemy will attempt to subdue and arrest the player. But if the player shoots to kill, their characters could be wounded or even permanently killed.