2016 Moto X Specifications Include Snapdragon 820 And 4GB RAM; No Other Changes Expected?

When it comes to the Android world, over the past couple of years we've seen the sphere being dominated by manufacturers the likes of Samsung and LG. As the flagship smartphone race becomes an integral part of how things proceed in the overall market, manufacturers who offer the latest high end performance specifications with their devices end up taking a greater share of the pie. On the other hand, long time manufacturers such as Sony, HTC and Motorola have started to see things become a bit more complicated as this preference for high end devices continues to rise, but today, looks like Motorola might finally be ready for a strong comeback. 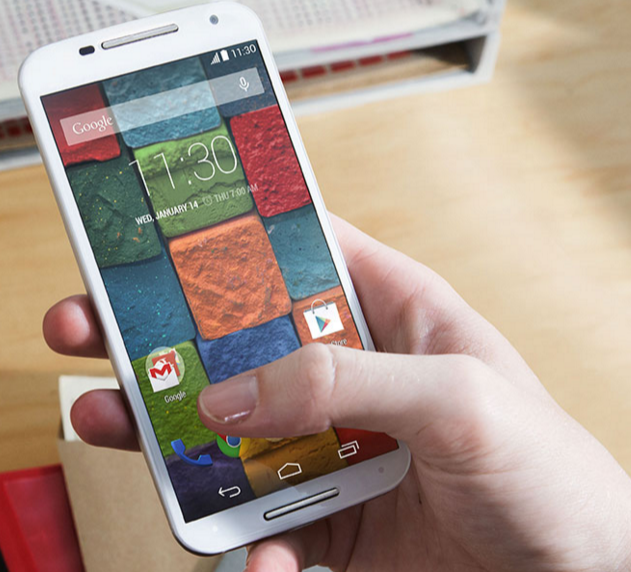 The 2015 Moto X was quite a decent offering when it came to specifications at a pocket easy cost. The device came with the Snapdragon 808, a wise decision by Motorola given the Snapdragon 810's well known throttling issues. Camera specifications for the device included a 21MP rear shooter, coupled with a 5MP secondary sensor that put the device right at the top in terms of photographic capabilities.

With 2015 being over however, looks like Motorola's ready to equip its latest flagship smartphone with top tier hardware. A posting on the benchmark database Geekbench shows a Motorola device with the Snapdragon 820 and 4GB of RAM on board, specifications which should ensure the device a nice spot in the high end bracket. 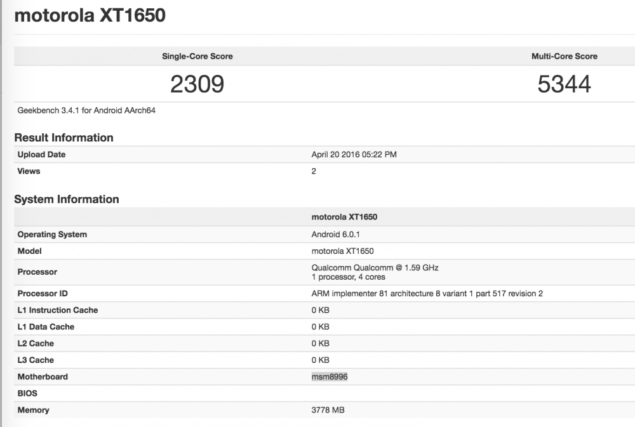 As you can see in the image, the device dubbed as the Moto XT1650 comes with Qualcomm's MSM8996 on board, with three processor cores. The four cores have been clocked at 1.59 GHz but as the final device hits the shelves, whenever Motorola chooses to launch it, we'd expect this to change as well. In addition to the Snapdragon, Motorola's device has also been posted with 4GB of RAM on board, which should be enough to satisfy a lot of performance heavy users out there.

While these specifications might put the 2016 Moto X at the top of the performance bracket, there's still very little information about the device's other specifications and features. As we see time and time again, its often how manufacturers choose to differentiate their devices in terms of design, display and camera that sets the pace for market reception, so unless more surfaces on the Moto X on these ends as well, we'd advise you to take things slowly for the smartphone. Thoughts? Let us know what you think in the comments section below and stay tuned for the latest.