The best of Motorola was just unveiled moments ago. The Lenovo acquired company just announced its flagship smartphone Moto X Style, and from the looks of the hardware specifications, Motorola finally put some extra effort in to rolling out its best Moto X handset yet. Let us take a look at the hardware specifications in order to have an idea on how the smartphone is going to perform against the remainder of the competition. 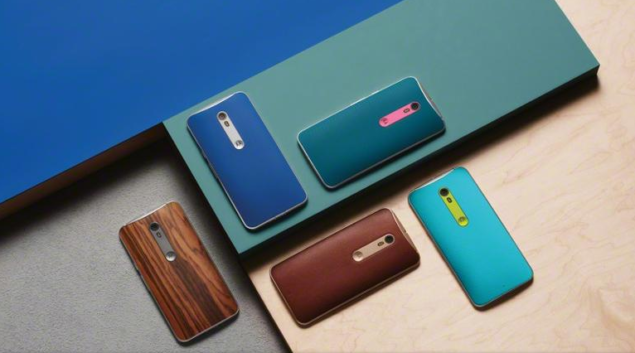 For the first time in history, Motorola has done the entire smartphone populace a huge favor and incorporated a MicroSD card slot on its Moto X Style. Trust us when we say this; we did believe that Motorola was going to release yet another smartphone that would be void of an expandable storage feature, and we are happy to see that the company has finally started to take things seriously.

According to details, Moto X Style is going to feature a 5.7 inch screen size and will be assimilated with a Snapdragon 808 SoC. While we did know which chipset was going to be present, the fact that it does not feature a Snapdragon 810 will please future consumers because they will not have to suffer like the remaining users who have been plagued by overheating and thermal throttling issues of Qualcomm’s flagship SoC.

Additionally, Moto X Style will also be stacked with 3 GB for RAM, which was also expected. However, let us come to the most unexpected features of the recently announced smartphone.

Here Are The Most Unexpected Features Of Moto X Style

While Motorola will be shipping out Moto X Style in the 16, 32, and 64 GB storage options, the company was also kind enough to incorporate an expandable storage option. However, the company did not care to mention the maximum capacity limit. Additionally, while we thought that the smartphone was going to feature a 16 MP rear camera sensor, in comes Motorola and cramps in a high image resolution capturing 21 MP rear shooter with a ƒ/2.0 aperture.

The sensor will be able to record 4K videos and will also feature a dual CCT flash. The front facing camera sensor will have a resolution of 5 MP and to improve lighting conditions, the front side will feature an LED flash. As for the battery pack, Motorola has taken a huge stride and placed in a 3,000 mAh battery, which according to the company, will be able to give out 30 hours battery life upon mixed usage. Moto X Style also includes a TurboPower 25 charger, for faster battery charging.

So what do you guys think? Has Motorola finally accomplished what it had always intended to? Let us know your thoughts.