If there was ever a chance that you wanted to invest in a smartphone that is less than the price of OnePlus X, then the second generation Motorola Moto X is just waiting to be grabbed. Let us take a look at the price for which the smartphone is being offered for. 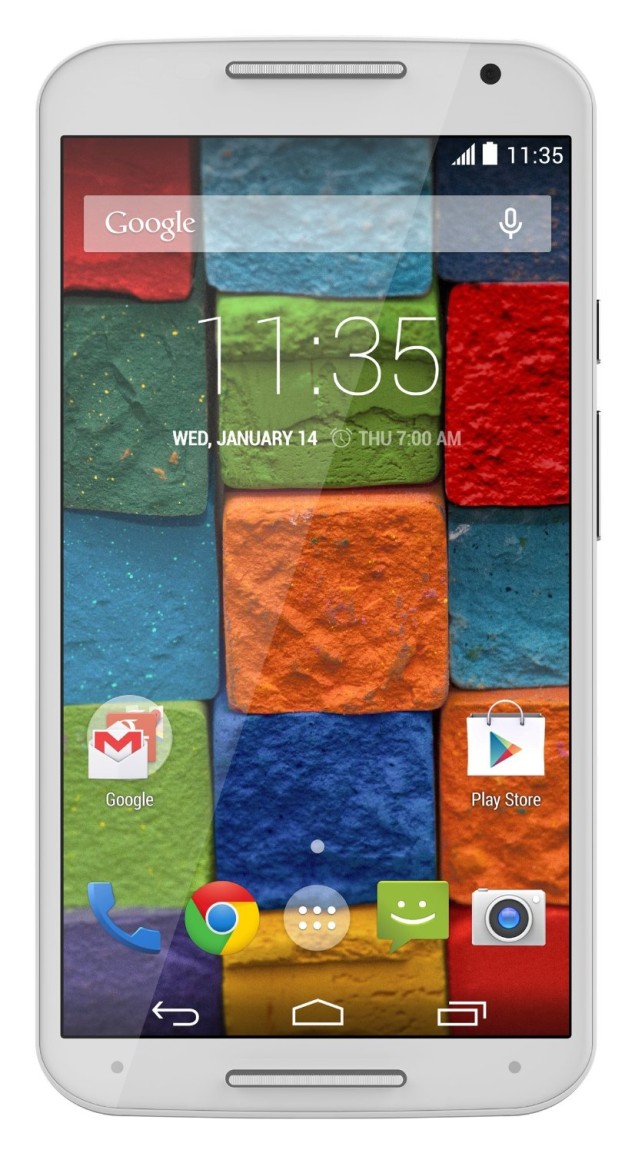 Second Generation Motorola Moto X Is Only Going To Cost You $199.99, But You Will Have To Move Fast

According to details present on Amazon, the second generation Motorola Moto X is going to cost you just $199.99, but bear in mind that this offer is for a limited time period only. Looking at the counter in front of us, you have less than 17 hours to place your order and snare yourself a second generation Moto X for less than the price of OnePlus X (which currently costs $249.99). Coming to the hardware specifications of the smartphone, Moto X is definitely a steal since there is a Snapdragon 801 running inside it. 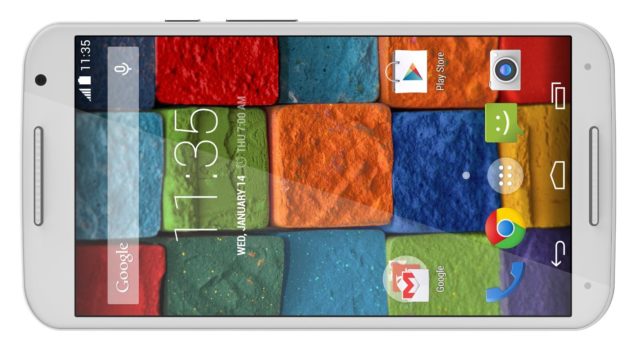 While the chipset might be outdated in comparison to other SoCs, it will deliver sufficient firepower thanks to a quad-core Krait 400 processor with a clock speed of 2.5GHz. Additionally, there is 2GB RAM present underneath the hood, and the smartphone is radiating a 1080p resolution from a 5.2 inch AMOLED screen. The plus side of owning Moto X is that a Marshmallow 6.0 update is going to be rolled out for it in the foreseeable future, although you will be disappointed by the fact that it only has 16GB of on-board storage.

It does have a 13MP shooter that can record 4K videos at 30FPS, so as far as high-resolution images and videos are concerned, you are pretty much covered. Thanks to a Snapdragon 801, Moto X will also provide support for Qualcomm’s Quick Charge 2.0, which is a very handy feature seeing as how the handset is only incorporated with a 2,300mAh cell. Given below are all the hardware specifications of the smartphone. Do you guys think that a $199.99 deal is something that you will look forward too? Let us know your thoughts right away. 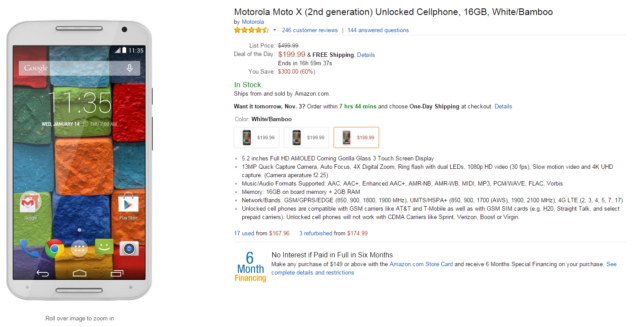