The Moto 360 is all the smartwatch world seems to be talking about. And this is before the device has actually been launched by Motorola. We won't blame them though. With it's circular design, the Moto 360 already sets itself apart from other smartwatches even before we get to the specs. Not that current information about the device's specs is any disappointment at all. And we know quite a lot about its specifications too.

The Moto 360 is going to be first of Android Wear devices to feature an ambient light sensor. This will allow the device to adjust it's brightness according to the surrounding light levels. For a while the Moto 360 sent us all into a mini shock. This was when a report claimed that the device was going to be made out of plastic. Well that didn't last long when another very comprehensive leak brought new pictures and claimed that the Moto 360 will also feature a heart sensor. 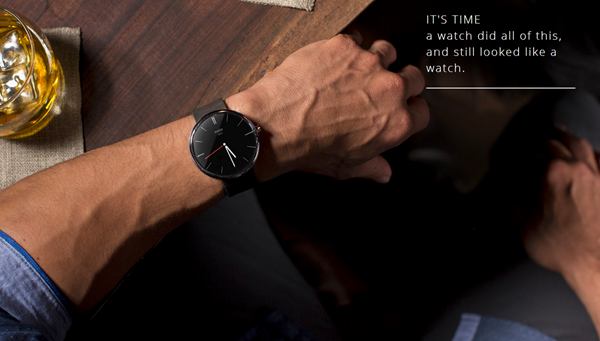 Moto 360 To Have Two And A Half Times The Battery Of The LG G Watch.

This news comes straight from the Italian blogger Luca Viscardi who has a Moto 360 prototype with him. Lucky guy. Viscardi claims that the battery on the Moto 360 serves him two and a half times more when compared to the LG G Watch; which he also has. The LG G Watch lasts a day with heavy use for Viscardi. So that puts the battery of the Moto 360 a good two and a half days. Which is spectacular. Another feature that impresses Mr. Viscardi is the wireless charging on the device which removes any hassle with charging devices. Now if Motorola would just launch the device already. Reports have been suggesting the X+1 and the Moto 360 to be launched together. Lets see how it turns out.

In Depth: The Moto 360 Vs The LG G Watch R Vs The Samsung Gear S – Performance, Experience And More

Smartwatches at IFA: Circular Galaxy Gear and G Watch 2 to Compete Against Moto 360