The Moto 360, as we like to keep on reminding you is one of the most anticipated smartwatches of this year. There has been considerable talk about the device so far, and a variety of its features have been rumored. This include the presence of an ambient light sensor which will allow it adjust brightness and a more disappointing rumor which alleged that the device will be made out of plastic. Well, the plastic bit seems to be out of the loop now courtesy of the Italian website MisterGadget. MisterGadget seems to have some new information about the Moto 360 as well as some previously unseen pictures of the device. 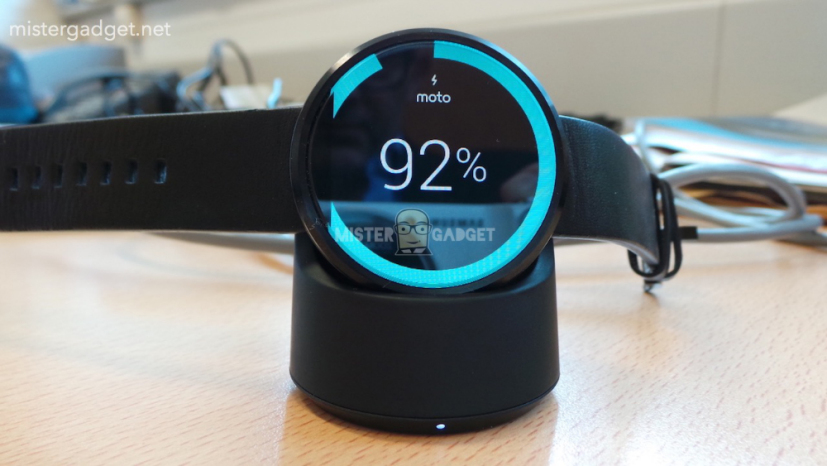 Thankfully the Moto 360 being made out of plastic rumor has been put to rest. MisterGadget has also shared with us a couple of previously unseen photos. Apart from providing tantalizing looks at the Moto 360, these also confirm the fact that the Moto 360 will not be much larger in size from the LG G Watch, nor it should weigh more, as was speculated earlier. The Moto 360 will also have dust and water-proof specification. Battery life for the smartwatch is expected to be around 4 days, depending on use. However the most important Moto 360 feature in this leak is the presence of a heart rate sensor on the back. If this is indeed true then this opens up previously unthought of possibilities for the device. Stay tuned for more folks, the Moto 360 does seem to be turning out to be quite interesting after all.