No. 1 Watch S3 Sports The Same Shape As Moto 360 2nd Gen, And Will Definitely Put It To Shame

If there is a Moto 360 2nd Gen, then there is bound to be another Chinese company that will replicate its design to roll out something far cheaper, and in some ways, incorporate better features. On this occasion, No. 1 Watch S3 is a smartwatch that costs far less than the newly announced wearable, and also has a ton of goodies, which you will be able to see shortly. 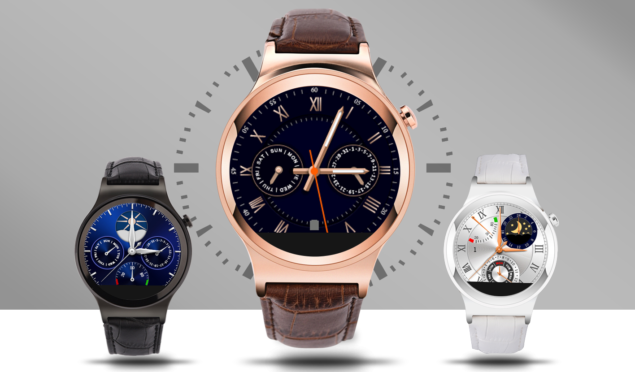 What Are The Major Selling Points Of No. 1 Watch S3? A Killer Price Tag And One Feature Not Yet Seen On Another Wearable As Yet

Previously, we reported that DM360 was a Moto 360 clone with an incredible price. Now, we have yet another clone that costs a bit less than its Chinese counterpart but it has two selling points that will allow it to sell quite well, assuming the company ends up marketing No. 1 Watch S3 properly. Starting off, the wearable features MediaTek’s MT2502, a chipset that has been specifically designed for smartwatches. Naturally, due to its affordability, the company was forced to make more than a few trade-offs, particularly in the internal storage and RAM departments. These details have been provided below.

Despite the low storage count, No. 1 Watch S3 has one killer feature that we have yet to see on any device so far; a MicroSD card slot. That is correct, according to the image (given below), users can insert both a MicroSIM and a MicroSD card (according to the image, the maximum capacity that can be detected by the product is 16GB), allowing them to perform a calling function as well as store an abounding amount of data in it. Similar to Moto 360 2nd Gen, No. 1 Watch S3 also has a BT 4.0 chip, and can also be used to display the users’ vitals on an Android or iOS powered smartphone.

Unlike majority of the wearables out there, No. 1 Watch S3 does not rely on wireless charging but has a MicroUSB dock that needs to be attached to the wearable before it can begin to charge. As for the battery capacity, the device has a 350mAh cell, which according to the company will deliver up to 36 hours on a single charge. Coming to one of the most important details of No. 1 Watch S3, the wearables carries a price tag of $59.99, while Moto 360 2nd Gen carries a starting price of $299.99.

More details about No. 1 Watch S3 can be found by visiting the link. If you were to make choice between this product and Motorola’s offering, which one would you choose? Let us know your thoughts.