Moto 360 might be succeeded by another device in the near future, but Chinese tech companies have a nag for rolling out identical products and that too featuring a much lower price tag. On this occasion, Zeaplus has announced a smartwatch carrying a model name DM360. Aesthetically, you guys might not be able to tell the difference between this wearable and Moto 360. However, if there was a price tag stamped on both devices, then distinguishing which product belongs to which company would be a walk in the park. This is because DM360 carries a price of just of $99, according to the details stated on the company’s website. Apart from the price, there are a ton of differences separating the two wearables, which have been detailed below. 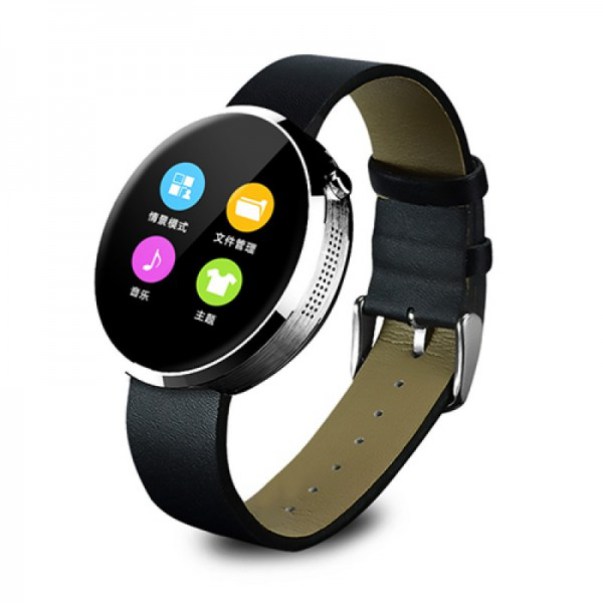 DM360 Features A $99 Price Tag, And Powered By A MediaTek Chipset

In addition to the price difference, DM360 features a MediaTek MT2502A SoC, compared to a TI-Omap 3 present on Moto 360. Now, there is also a huge difference in the RAM department, because the wearable of Chinese origin is assimilated with a modicum amount of 32 MB of RAM and 128 MB of storage. In contrast, Moto 360 features 512 MB of RAM and 4 GB of internal storage. To reduce the overall price, Zeaplus had to make several trade-offs; such as incorporating a 1.22 inch display that renders a 240 by 240 resolution.

Since the company’s website does not mention which platform it supports, DM360 will most likely not be running Android Wear. However, it can still be synced with the user’s smartphone, though it did not state which smartphone platforms are supported. Regardless, the wearable will be targeted to the fitness eccentric, as it features a heart rate sensor, sleep monitoring system, calorie counter and a Bluetooth 4.0 module that can be paired with the module present inside the smartphone.

From all the features, the 70 hour battery backup has got to be the most surprising one. Both DM360 and Moto 360 are fitted with a 320 mAh cell, and Motorola’s offering is hardly able to last for a whole day, let alone 70 hours. It might be possible that the processor running inside MediaTek MT2502A happens to be a very energy efficient on, or perhaps Zeaplus happens to over inflate the battery timing of its smartwatch.

Irrespective, for a $99 price tag, DM360 will be able to catch anyone’s attention looking to become the proud owner of a fitness tracking smartwatch.