Mortal Kombat 11 Gets Hairy With a Blood-Soaked Sindel Trailer 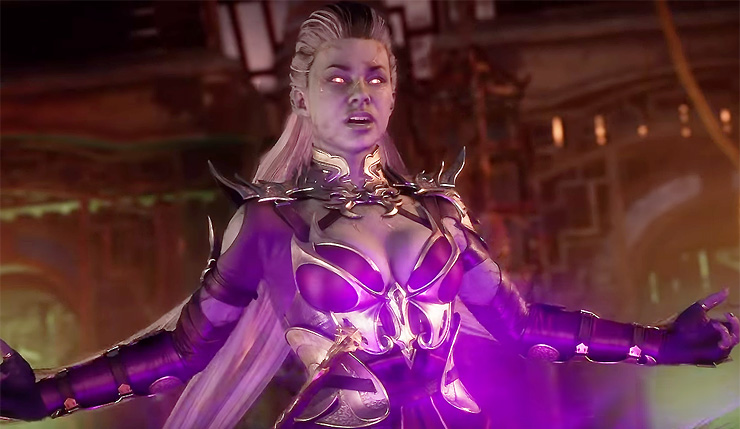 Mortal Kombat 11 has dropped a new trailer for its latest DLC character, Sindel. The evil mother of Kitana, Sindel first appeared in Mortal Kombat 3 and has been in most entries in the series since, although she took a backseat in Mortal Kombat X. Check out Sindel in action, below.

Sindel’s definitely been working on her moves since we last saw her. She’s always been able to attack opponents with her hair, but it looks like her ‘do is more deadly than ever. Add her polearm weapon to the mix, and it looks like Sindel will be a pretty solid mid to long range option. Here’s the official NetherRealm description for Sindel:

As the former Queen of Edenia and mother to Princess Kitana, Sindel was forced to betray her people and marry Shao Kahn when the evil Outworld emperor conquered her realm. Now as the Queen of Outworld, she relentlessly fights to keep her claim on the throne and remain in power. With flowing grey hair and a regal attitude befitting her role, Sindel possesses an array of mystical abilities, allowing her to levitate and manipulate sonic waves.

Sindel will be available for $6 or as part of the game’s first $40 Kombat Pack. In addition to Sindel, the Kombat Pack includes the already-released Shang Tsung, Nightwolf, and Terminator, as well as the Joker and Spawn. In addition to new characters, Kombat Pack owners get a variety of exclusive skins and cosmetics – Sindel will launch alongside “Klassic Cassie” and the Gothic Horror Skin Pack, featuring new looks for Raiden, Geras, and Cetrion.

Finally, Mortal Kombat 11 will be running a Thanksgiving event, Deadly Feast, from November 25 to November 30. Expect plenty of Turkey-Day-themed stage modifiers and whatnot.

Mortal Kombat 11 is available now on PC, Xbox One, PS4, and Nintendo Switch. Kombat Pack owners have access to Sindel on November 26 – everybody else will have to wait until December 3.