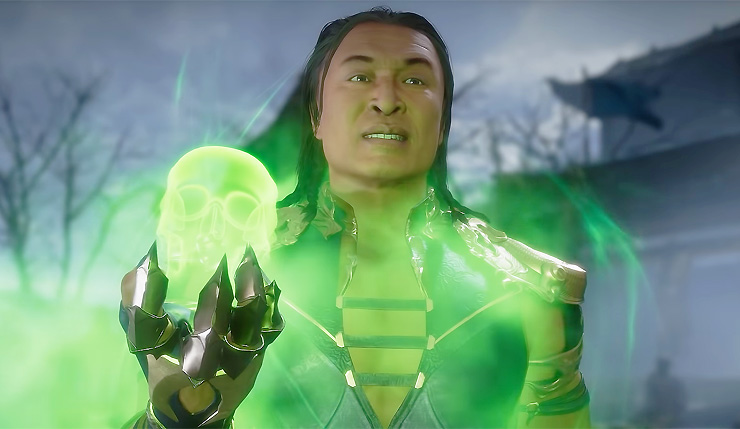 Mortal Kombat 11’s launch was the biggest in franchise history, and now NetherRealm is looking to heat things up again with their first post-launch fighter, Shang Tsung. As previously revealed, Shang Tsung will be voiced by and modeled after Cary-Hiroyuki Tagawa, who played the character in the cult-classic 1995 Mortal Kombat movie. You can check a full Shang Tsung gameplay trailer, below.

Well, damn!  So, Shang Tsung is basically all the old color-coded ninja characters in one? Here’s how NetherRealm describes the character:

Shang Tsung is the soul-stealing sorcerer and historic host of the Mortal Kombat Tournament. Shang Tsung pledged his eternal loyalty to Shao Kahn in exchange for a dark power, but he is no faithful servant. He dreams of the day his sorcery will overtake Shao Kahn's, and he'll pay any price to get there. Actor Cary-Hiroyuki Tagawa is lending his voice and likeness to the popular character he portrayed in the classic 1995 ‘Mortal Kombat’ film.

Meanwhile, NetherRealm has also revealed three more fighters included in the first Mortal Kombat 11 Kombat Pack. These being Nightwolf (yes!), Sindel, and, as rumored, Todd McFarlane’s Spawn. Here are the official descriptions for them:

Sindel is the former Queen of Edenia and will stop at nothing to keep her place. Threatened with the loss of her throne when Shao Kahn conquered her realm, Sindel betrayed her husband, and her people, to keep her privileged position. Now, as Shao Kahn’s wife and Queen of Outworld, she enjoys power and wealth beyond most people’s imagination.

Spawn is one of the world’s best-selling and longest-running monthly comic books, with hundreds of millions of copies sold worldwide in more than 120 countries and 15 different languages. The Spawn comic book tells the story of Al Simmons, an elite government assassin who was betrayed and killed by the CIA. Instead of dying, he sells his soul to Hell for a second chance at life, and becomes Spawn, an unstoppable soldier fighting the underworld. Spawn is voiced by Keith David, the original voice actor from ‘Todd McFarlane’s Spawn,’ the Emmy award-winning HBO animated series.

Mortal Kombat 11’s first Kombat Pack will set you back $40, and includes six additional fighters, a Johnny Cage mime-themed skin and gear (for whatever reason), and 18 assorted skins for other characters.

Mortal Kombat 11 is available on PC, Xbox One, PS4, and Nintendo Switch. Shang Tsung enters the arena on June 18. A new MK11 update has just been released -- get the patch notes here.