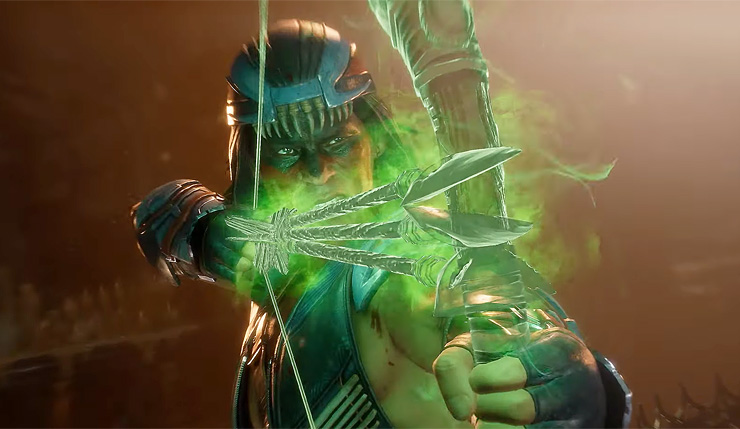 Mortal Kombat 11 has dropped a new trailer for its latest DLC character, which happens to be a personal favorite of mine – yes, the Native American warrior Nightwolf is joining the roster. Nightwolf was one of my go-to fighters in Mortal Kombat 3 (being indigenous myself, he spoke to me as a kid, despite being somewhat stereotypical). Thankfully, he’s re-emerged as a regular Kombatant in recent years. Check out his moves (and particularly disgusting Fatality), below.

Looks like Nightwolf will mainly be a rushdown character, with a few ranged attacks for good measure. Also, I have to say, I kind of love his fuzzy spirit bear and wolf friends. Here’s NetherRealm’s official character description for Nightwolf:

Nightwolf, born as Grey Cloud, is a proud and fierce warrior dedicated to the cause of good and chosen by the Great Spirit to become the Matoka tribe’s champion and protector. Along with his signature tomahawk swing, Nightwolf possesses extraordinary magic that allows him to manifest weapons created from spirit energy to fight for the Matoka’s future and defend all of Earthrealm.

Nightwolf will be available for $6 later this month or as part of the game’s first $40 Kombat Pack. In addition to Nightwolf, the Kombat Pack includes Shang Tsung (who’s already been released), Sindel, Spawn, and two other guest characters who have yet to be announced. In addition to new characters, Kombat Pack owners get a variety of exclusive skins and cosmetics – a new Klassic Arcade Fighter Skin Pack will launch alongside Nightwolf, featuring classic looks for Jax, Kung Lao and Kano, and a new sci-fi War Games skin for Sonya Blade.

Mortal Kombat 11 is available now on PC, Xbox One, PS4, and Nintendo Switch. Kombat Pack owners will be able to play as Nightwolf on August 13. Everybody else will have to wait an extra week.