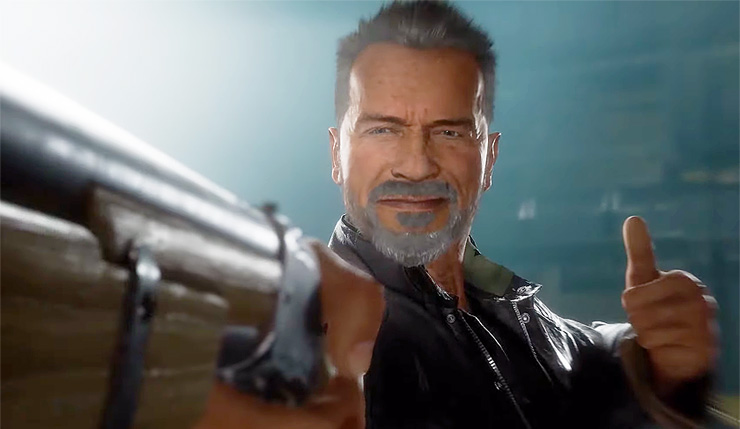 Mortal Kombat 11 has dropped a new trailer for its next DLC character – The Terminator. Specifically, the old-man version of the T-800 from the upcoming movie Terminator: Dark Fate, although there is also a classic younger skin available. The Terminator’s voice is being done by a so-so Schwarzenegger impersonator, but otherwise, the trailer delivers all the brutality you’d expect, including a testicle crushing move that I had to rewind to confirm it was actually real. Shudder. Check out the insanity below.

Looks like Terminator will be a pretty straightforward tank of a character, as you’d expect. It will be interesting to see if he plays differently once his skin is burnt off. Terminator will be available for $6 or as part of the game’s first $40 Kombat Pack. Those who go the Kombat Pack route will also get the following new content:

Finally, a limited-time free trial will be available next week from October 11 to 14. It will grant players access to a chunk of story mode, the full base roster plus currently-released Kombat Pack fighters, and all multiplayer modes. Not bad! Aside from some issues with grindy progression (which has been improved somewhat) Mortal Kombat 11 is a top notch fighter, so give it a try!

Mortal Kombat 11 is available now on PC, Xbox One, PS4, and Nintendo Switch. Kombat Pack owners will be able to play as the Terminator on October 8. Everybody else will have to wait an extra week.