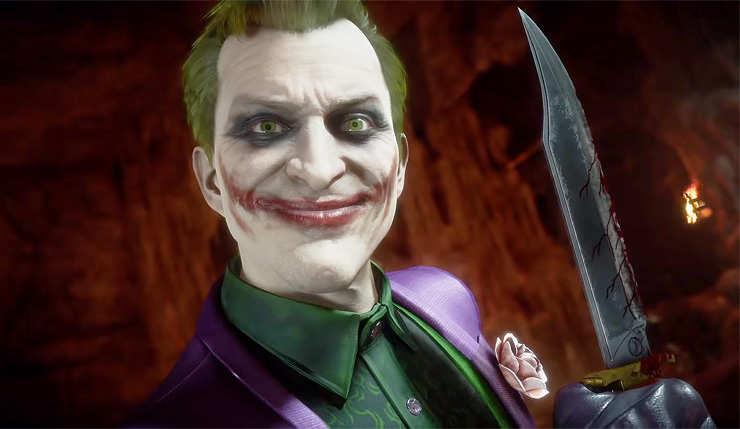 Mortal Kombat 11 has dropped a new trailer for its latest DLC character, The Joker. It’s clear the folks at NetherRealm are big fans of Joker, this is the fifth game they’ve put him in, and this looks like it may be the best version of the character they’ve created yet. Watch the world burn, below.

Really digging this more polished, manicured take on Joker – yeah, Heath Ledger was great and all, but the dirty, ragged version of the Joker has kind of been overdone at this point. The little Batman puppet with the gun in its mouth is also a great touch, and I legitimately chuckled at that faux-Friendship Fatality. Hopefully this Joker actually plays well, but he looks like he’s going to be pretty versatile.

Unpredictable, violent and incredibly dangerous, The Joker is chaos personified. The infamous clown has terrorized the streets of Gotham City and targeted Batman’s closest allies for years. Now he sets his sights on the NetherRealm!

Joker will be available for $6 or as part of the game’s first $40 Kombat Pack. In addition to Joker, the Kombat Pack includes the already-released  Shang Tsung, Nightwolf, Terminator, and Sindel. The pack will also eventually include Todd McFarlane’s Spawn. On top of the new characters, Kombat Pack owners get a variety of exclusive skins and cosmetics – Joker launches alongside a variety of DC-themed skins, including “Time Lord of Apokolips” for Geras, “Darkest Knight” for Noob Saibot, “Killer Kroc” for Baraka, and “Katwoman of Outworld” for Kitana.

Finally, Mortal Kombat 11 will be running a Chinese-New-Year-themed event, which will include appropriate new cosmetics and stage modifiers.

Mortal Kombat 11 is available now on PC, Xbox One, PS4, and Nintendo Switch. Kombat Pack owners will get access to Joker on January 28 – everybody else will have to wait until February 4.