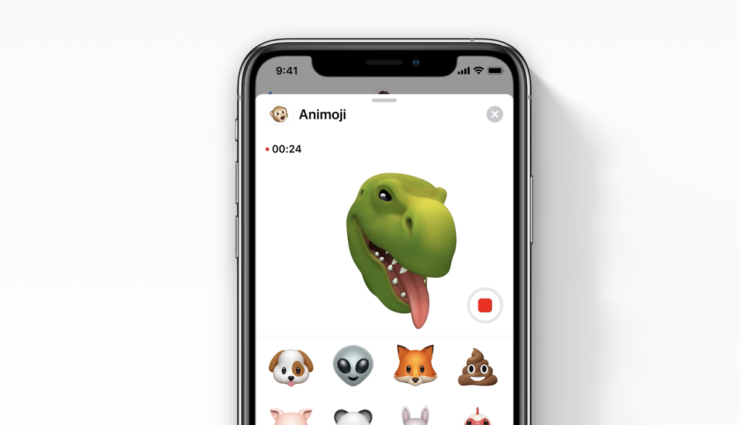 Animoji fans are going to love iOS 13 as a new leak set of details suggest that Apple might be adding quite a bit of new faces to the roster.

Slowly and gradually we are starting to learn more and more about iOS 13. Today, Steve Troughton-Smith has chimed in and suggests that new Animoji are coming with iOS 13, including cow, mouse and octopus. What's more interesting is the inclusion of a new emoji face. As the man himself puts it "That last one sounds like it has potential for shenanigans." We couldn't agree more on that.

It looks like iOS 13 might get some new Animoji: a cow, octopus, mouse, and an emoji face. That last one sounds like it has potential for shenanigans ? /cc @_inside

New Animoji have been slowly making their way onto iOS and it's quite apparent that they are a hit amongst users, prompting Apple to add even more with the release of iOS 13. But that emoji face is what we are most excited about at the moment. If you think nothing else cringes you out, then this probably will.

Though there isn't much known about iOS 13 at this point, but a handful of details have surfaced in the following days. It's rumored that Apple will introduce a unified Find my iPhone and Find my Friends app, while there will be a system-wide dark theme as well. It's also rumored that iOS 13 will drop support for iPhone 5s including a bunch of aging iPads.

These are just some of the details we know at this point and things are only going to get wild as we move closer to WWDC 2019. There is a ton of stuff which we are expecting Apple will announce at its opening keynote including iOS 13, watchOS 6, tvOS 13 and of course, macOS 10.15. But the thing that has us excited the most is obviously iOS 13. It is expected that iOS 13 will be a huge overhaul for iPad users and the OS will no longer just just be a blown up version of what runs on the iPhone. It's believed to feature a brand new style of multi-tasking and hopefully some sort of support for external USB-C storage, making the iPad Pro a truly 'pro' tablet in all regards.

We will keep our readers updated as more details regarding iOS 13 comes through the door. Until then, we all have a waiting game to play.