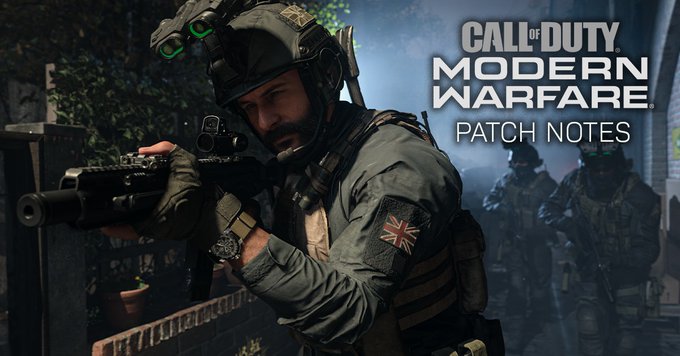 [Update 2] The issue preventing PS4 players from downloading the update has been resolved.

This issue is resolved and players are now able to begin downloading tonight’s update on PS4. Thank you again for your patience. https://t.co/Wux20T3C4g

[Update] It appears that today's title and playlist update is not appearing for PS4 players. Developer Infinity Ward has said to be aware of the issue and is currently investigating it.

We’re currently investigating an issue with tonight’s update not appearing for PS4 players. We’ll provide another update when we have more information. Thank you for your patience.

[Original story] A new Modern Warfare and Call of Duty Warzone update is being rolled out across all platforms now and we’ve got you covered with the full patch notes.

Being deployed at 11pm PST for PC, Xbox One and PlayStation 4, the new title update and playlist update adds the “Fearless” cosmetic pack to the shooter as part of Activision’s Call of Duty Endowment to help out veterans into high-quality jobs.

Also arriving with today’s update are a new multiplayer and Gunfight map alongside modified Special Ops, fixes aplenty and tuning for multiple weapons.

Call of Duty Modern Warfare and Warzone are available globally now for PC, PS4 and Xbox One.