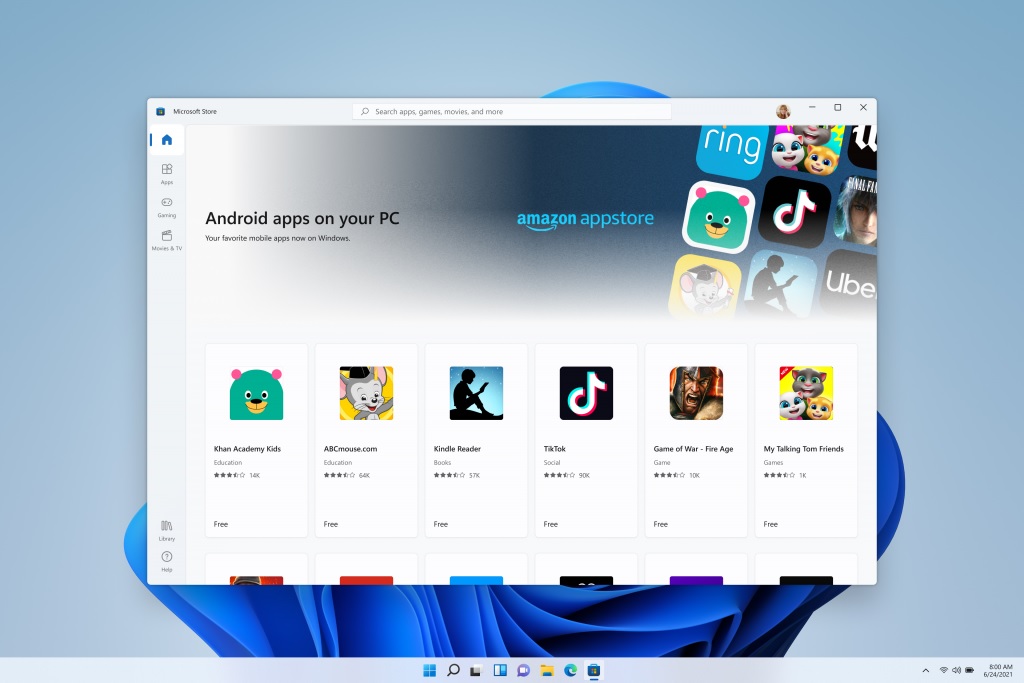 Windows 11 may be a game-changer for the company. Microsoft announced today that the new operating system would support Android apps via the Amazon App Store. Later this year, users will download apps like Tik Tok, Khan academy and use these apps directly from the PC. The company will announce more about this particular feature in the coming months.

Android Apps and Features For Developers

The company will be using its partnership with Amazon and Intel, using Intel Bridge technology for these features. We weren’t offered many details in the press release today, but the Android apps on Windows 11 will likely use Microsoft’s Windows Subsystem for Linux 2.

The new features of the app store and Android app availability will create a more open ecosystem that will definitely increase many opportunities for developers and creators. In addition, the company is inviting developers and software creators regardless of what framework they are using for app development. So, if you are a developer who uses Win32, PWA, or UWP, Microsoft welcomes you with open arms. If developers are interested in this, they can sign up later today and publish their apps or build and package PWAs using the open-source PWABuilder 3.

We will know more about what the company has in store for itself and the developers in the coming months, but we can say for sure that Microsoft is trying to create an open ecosystem. This will definitely help the company, especially against competitors that have a relatively closed ecosystem.